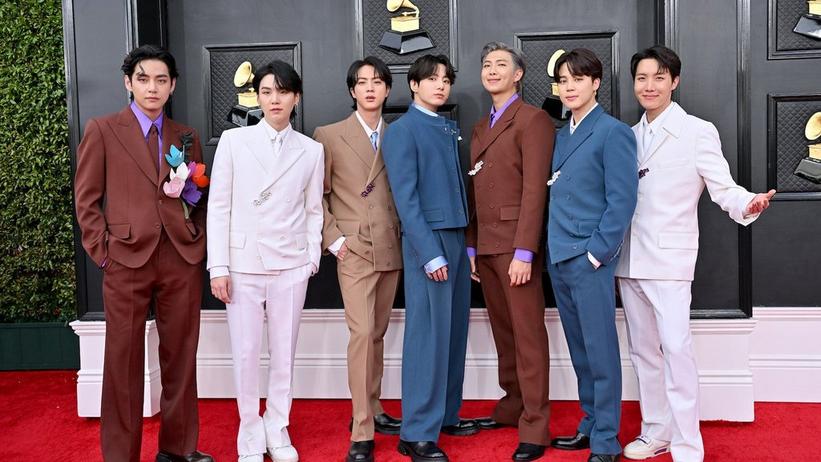 bts have catapulted to unprecedented levels of stardom in the two years since their last Korean release, BE. They became the first K-pop act to be nominated for a GRAMMY, broke countless charts and streaming records, and sold out stadiums across the globe. BTS has already proven there’s nothing they can’t do — hence, their anthology album, proof, feels perfectly timed. It reintroduces BTS to the world by solidifying them as who they are: musicians who inspire.

Just in time for the group’s 9th anniversary, Proof Features classic songs, unreleased gems, and three new songs for fans to enjoy. Though BTS has spent the last year or so releasing infectious English tracks, this three-disc album showcases their depth and lyrical ability in addition to their knack for producing catchy pop hits. A return to their primarily Korean music, it feels like BTS is home once again.

With 48 tracks in total, there’s something to discover for fans both new and old. Ultimately, everyone who listens to Proof will understand the musical journey BTS has experienced since their debut.

It’s A Love Letter Between ARMY And BTS

From the rough demos, to the care taken in ordering the tracks, to special songs like “Born Singer” from 2013, Proof is an album only true fans will be able to fully understand and appreciate. And that’s exactly the point.

After a couple years of issuing radio-friendly hits, BTS chose to release a project that would mean something to the fans that have rooted for them over the years. Ahead of the release, the group’s RM commented“As the focus of the album is our message for our fans who have been together with us for the past nine years, we paid the most attention to our lyrics.”

“Yet to Come” Has A Message Of Hope

Like the title suggests, “Yet to Come (The Most Beautiful Moment in Life)” initially feels like a lost track from BTS’ 2015 EP The most beautiful moment in life. Listen again, and you can pinpoint different lyrics that chronicle the group’s journey from humble hip-hop group to your friendly neighborhood superstars: “That uncomfortable title we were given one day/We are still ashed by being called the best,” the Korean lyrics translate. “You know, I just love music/ Nothing much has changed from back then.”

The story isn’t stuck in the past, though. There’s a clear message of hope, that something better is coming for whoever listens.

“Run BTS” Is Just As Fun As The Show

Most ARMYs know about the variety show BTS have been doing since 2015, “Run BTS, ” in which they play games and do various activities as a group. Just like the fan-favorite show — which has allowed fans to watch the group bond with each over the years — the new track of the same name is flavorful and uptempo with the perfect dash of hip-hop.

With RM, Suga, j-hope, and Jungkook working on the song, it’s definitely a team effort. Although emotional ballads make up a good deal of the album, “Run BTS” captures the high-energy antics for which the group is known and loved.

“For Youth” Is About Gratitude

Much of Proof is fan-centric, but “For Youth” definitely takes the cake. Youth is not about age, but the feeling of being with someone that makes life feel worth living. For BTS, that’s ARMY, and vice versa.

At the beginning of the song, a packed stadium sings “Epilogue: Young Forever” to the boys. The track highlights that special moment, providing an opportunity for BTS to respond in a poignant way. Lyrics like, “I open my eyes and it’s 10 years ago/ Hanging around Nonhyeon-dong” and “That flower cared for, thanks to you I could be me” paint a perfect picture of the memories shared.

It’s Hard Not To Cry

BTS have always been in touch with their emotional side, and they’ve never shied away from vulnerability in their music. But it’s arguably more apparent than ever on Proof. Throughout all 48 tracks (especially the disc of exclusive demos), there’s a certain rawness that further humanizes the group.

With proof, BTS managed to capture some of the most special moments of their career while adding new ones. Whether they’re highlighting well-appreciated tracks like “Spring Day,” adding fan-loved unofficial favorites like “Born Singer,” or summing up their journey with new tracks that focus on reflection and storytelling, the album serves as an exquisite recollection of BTS’ history and hope for the future.

The record is timely, as it comes at a time where the group seems larger than life, but clearly aims to remind the world that anything is possible with passion and hard work. Thinking back on how long the journey to recognition has been for the septet warrants a tear or two, and sharing the moment with fans makes it even more special.

While happy songs like “Dynamite” have helped them dominate the mainstream, Proof is a reminder that BTS’ ability to touch their audience is not limited to one emotion, one genre or one moment — and the proof is in the music.

Why Is BTS So Popular? 9 Questions About The K-Pop Phenoms Answered