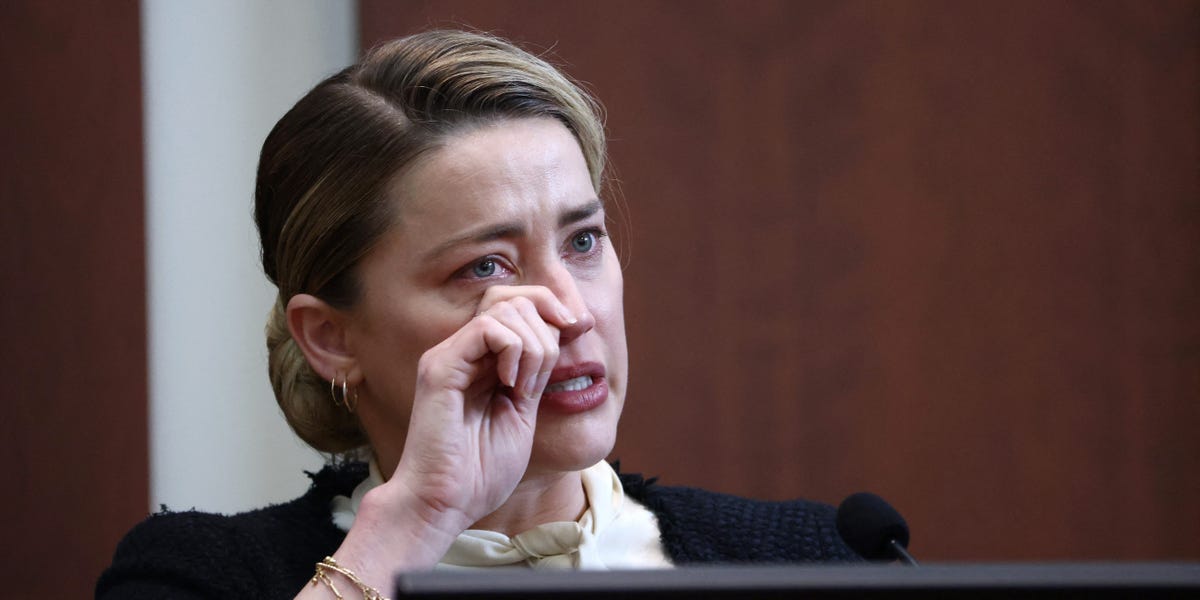 An acting coach who worked with Amber Heard from 2011 to 2017 said she could tell when the actress was genuinely crying because Heard often struggled to produce real tears while performing.

In prerecorded testimony played for a Virginia courtroom on Wednesday, Kristina Sexton said she became accustomed to seeing Heard cry during their acting lessons due to volatile fights between Heard and her then-husband Johnny Depp.

“As [their] Relationship progressed and the fighting got heavier, I would have to build in time because she’d be sobbing at the beginning of sessions, and we couldn’t work until we got her together,” Sexton said in a December 2019 deposition.

Sexton’s testimony was played for the jury this week as part of Depp’s ongoing defamation trial against his ex-wife. At the center of the case is Heard’s 2018 Washington Post op-ed article, in which she insinuated she was a survivor of domestic and sexual violence. The piece did not name Depp.

Depp has been accused of ruining his reputation and career by insinuating that he abused her. An attorney for the actor said in opening statements that the publication “falsely and unfairly characterized Mr. Depp as a villain.” Heard has denied Depp’s defamation allegations and says in a $100 million counterclaim that he assaulted her multiple times before and during their marriage, which ended in divorce in 2016. Depp has denied the claims.

The Virginia jury on Wednesday heard Sexton describe her professional and personal relationship with Heard. In addition to serving as Heard’s acting coach, Sexton said she was also friendly with the actress, who invited her on birthday trips and vacations.

At the start of Heard and Depp’s relationship, Sexton said she witnessed the couple being “incredibly lovey-dovey and passionate,” and “always together in a positive way.” But as time went on, Sexton said she started seeing less of them together and would often hear loud arguments while inside their home for acting sessions.

“It went from being like a normal couple to very tension-filled, especially those last few months that they were together,” Sexton said.

When they began working together professionally, Sexton said Heard was never late for scheduled lessons in her home studio. But gradually Sexton said she had to start adding “cushion time” to their meetings because Depp and Heard would be having discussions or fights that would leave Heard in tears.

“I would say that last year they were together, probably 80 to 90% of our sessions began with her crying,” Sexton said.

In her deposition, Sexton said she could tell when Heard’s tears were genuine because “ironically, she has a little difficulty crying acting-wise.”

During her four days of testimony earlier this month, Heard cried several times while discussing the assaults she says she suffered at Depp’s hand.

Sexton said she cared about Heard and tried to calm her down when she was distressed.

“I have a caretaker personality, so I would prioritize taking care of the person in front of me over doing work, which is why I ended up building in all that extra time,” she said.

The jury also heard from Heard’s sister, Whitney Henriquez, who said she witnessed Depp repeatedly strike Heard during a fight that took place shortly after they wed. Two of Heard’s former friends and her makeup artist also tested on Wednesday.