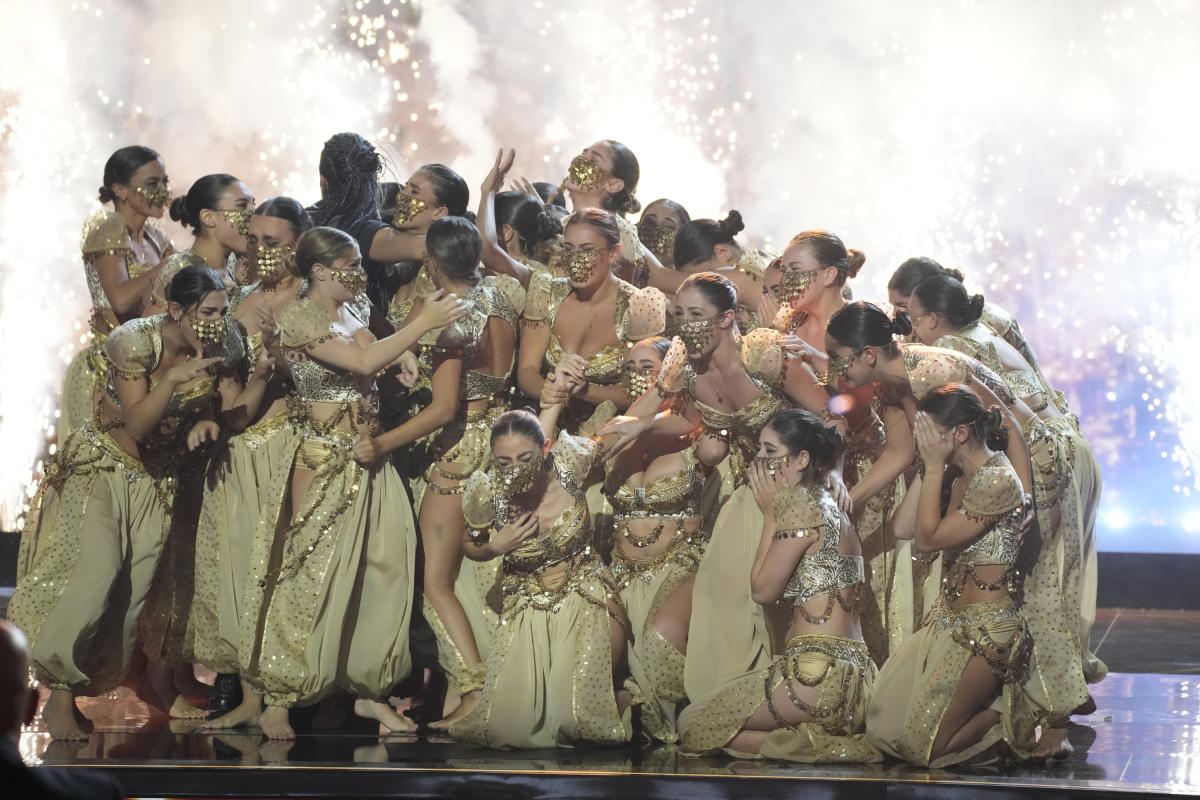 History, or her story, what was made on the America’s Got Talent Season 17 finale Wednesday, when the top two contestants were both female dance acts — on AGT first.

And interestingly, both were also international got talent alumni: Lebanese dance troupe Mayyas won Arab’s Got Talent in 2019, the very same year that pole-dancer/multimedia storyteller Kristy Sellars won the Australian version of the show.

Here in the US, however, it was Mayyas — a modern dance collective comprising 36 Lebanese women of varying ages, and the first Arab dance crew to ever appear on AGT — that ultimately won AGT‘s $1 million prize and a headlining slot at the Luxor Hotel & Casino in Las Vegas. Kristy placed second, and the top five was rounded out by country music acts Chapel Hart and Drake Milligan (fifth and third place, respectively) and deepfake technology artists MetaPhysic in fourth.

Viewers were thrilled with this result, taking to Twitter with comments like: “After 17 seasons, the curse has finally ended and a dance group won #AGT!” (The only time a dance collective had ever won the show was when India’s V.Unbeatable, who’d previously placed fourth on AGT Season 14, prevailed on the all-star spinoff AGT: The Champions in 2020.)

This was an emotional victory for Mayyas, as their choreographer Nadim Cherfan, who founded Mayyas to provide a “safe and creative space” for these gifted dancers, had previously stated during the group’s audition episode: “Lebanon is not considered a place where you can build a career out of dancing. It’s hard, really hard — and harder for women.”

“Unfortunately, being a dancer as a female Arab is not fully supported… yet,” one of Mayyas had also explained through tears. “Us being here on the biggest stage in the world is our only chance to prove to the world what Arab women can do — the art we create, the fights we fight. … We want to show the world that we are able to stand on our feet as really strong and powerful women.”

That fateful evening, main judge Simon Cowell had told Nadim and Mayyas, “This really, really will make a difference, full stop, in so many positive ways.” Simon’s castmate Sofia Vergara even gave the troupe her Golden Buzzer that night, and now the world — and specifically Vegas — belongs to these talented women.

On Wednesday, Sofia said in a statement: “From the moment I first saw the Mayyas, their act was spectacular and gave me goosebumps. Their coordinated choreography was the most beautiful, creative dancing I have ever seen. Each time they competed, they continued to outdo themselves. Their empowering performances have earned them the ultimate title and I’m so proud of them and can’t wait to see what they do next.”

‘One of the strangest evenings we’ve ever had’: Everything goes wrong on ‘AGT’

· Mayya’s honor late ‘AGT’ contestant with stunning routine: ‘What really got us to audition this year is Nightbirde’

· Nick Cannon on quitting ‘America’s Got Talent’: ‘One of the best decisions I ever made in my career’