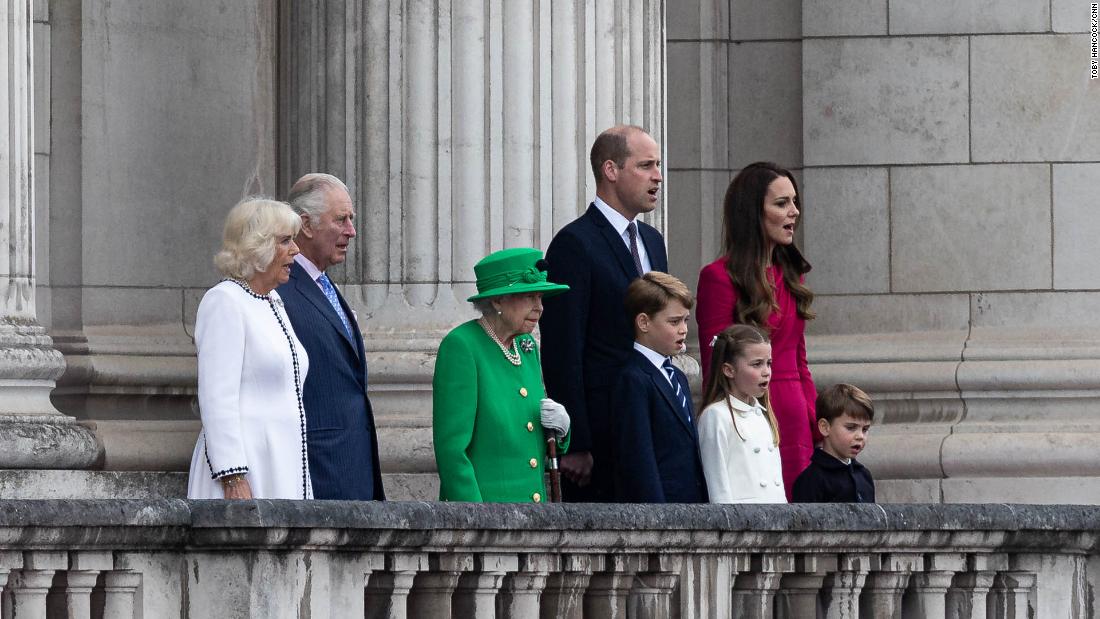 All rights and responsibilities of the Crown now rest with King Charles III.

He becomes head of state not just in the UK but in 14 other Commonwealth realms including Australia and Canada. He will become head of the 56-member Commonwealth, although that is not a hereditary position, after his succession to the role was agreed by Commonwealth leaders at a meeting in London in 2018.

He has become head of the British Armed Forces, the judiciary and the civil service, and he is the Supreme Governor of the Church of England. He is the Fount of Honour, which means all honors, such as knighthoods, will now be given in his name.

The United Kingdom does not have a codified constitution, so the role of monarchy is defined by convention rather than law. He has a duty to remain politically impartial, which means he will come under greater scrutiny if he continues to express the views he is known for.

He has championed alternative medicines and organic farming techniques. In 1984, he hit out at the “glass stumps and concrete towers” of modern architecture. He has spent decades warning of the dangers of climate change. In the so-called “black spider” memos, he raised the issues he was concerned about directly with ministers.

In a BBC documentary to mark his 70th birthday, Charles acknowledged having ruffled feathers with his past interventions. But he promised not to meddle in controversial affairs once sovereign, saying he would operate within “the constitutional parameters.”

Elizabeth stayed “above politics” and never expressed herself in any way on any issue and as a result she rarely divided opinion. She managed to retain popular support and cross-party support in Parliament, which was the one body with the power to dethrone her.

We will never know what she discussed in her regular audiences with her prime ministers, beginning with Churchill, but Charles is a more outspoken character. Will he go quiet on policy matters in public but continue to lobby in private? Will the prime minister act on it?

The prime ministerial audiences are one of several constitutional duties to which King Charles III will be expected to step up and they will bring him into regular contact with policymakers. He appoints the prime minister, opens parliamentary sessions, approves legislation and official appointments, receives the credentials of foreign ambassadors and hosts world leaders on state visits.

Charles has also adopted the symbolic position as Head of Nation, meaning he becomes the symbol of national identity, unity, and pride. He represents continuity and celebrates excellence on behalf of the country. That’s why we see the monarch opening national events and leading commemorations.

People would look to Elizabeth in times of crisis, but will they rally around King Charles III in the same way? He is more divisive not just because of his honest views but also because of the bad taste still left from his acrimonious divorce from his immensely popular first wife, Diana.

All the official royal residences including Buckingham Palace and Windsor Castle will now be under his control. There are also other residences such as Balmoral in Scotland and Sandringham in Norfolk which the Queen owned privately — and the nation will have to see to whom she leaves them in her will.

Either way, Charles’ wealth has ballooned. He will now receive the Sovereign Grant, which covers the cost of his official duties and amounted to £86.3 million ($99.2 million) for the 2021/2022 financial year. He will take charge of the Royal Collection, which includes one of the most valuable art collections in the world. He also picks up the Duchy of Lancaster, a vast estate of more than 10,000 hectares of land, prime London real estate and a portfolio of investments.

King Charles III hath become one of the richest men in England overnight.

For years, the big question around Charles’ wife surrounded her title. At the time their wedding was announced in February 2005, the official statement said: “It is intended that Mrs Parker Bowles should use the title HRH The Princess Consort when The Prince of Wales accedes to The Throne.” That was a very clear signal that Camilla would not use the title of Queen. Her office at Clarence House distanced itself from that statement in the intervening years, however, saying it was a matter for the reigning monarch.

Then, in February 2022, the Queen expressed her desire for her daughter-in-law to be known as Queen Consort when Charles became King in a message marking the start of her platinum jubilee year — a statement that appeared to resolve the issue for good.

The Queen’s wishes were welcomed by the couple themselves. That same weekend, a statement released by a spokesperson said they had been “touched and honored by Her Majesty’s words.”

Where will the couple live? Well, traditionally the new monarch would move into Buckingham Palace but in 2011, the BBC reported that Charles was considering moving his entire court to Windsor and turning Buckingham Palace into an events center. That would be a dramatic and controversial shift but might also assert King Charles III as the new boss.

Up until now, Charles has been responsible for covering the costs of his marriage, Prince William.

William has now inherited his father’s title of The Duke of Cornwall, which comes with an estate which last year delivered an income of £23 million ($26 million). That money now goes straight to William and he becomes independently wealthy.

His new title is HRH The Duke of Cornwall and Cambridge and tradition dictates that, as first in line to the throne, he will also become Prince of Wales — but that’s something on which the monarch will need to make a specific announcement. If he does, Catherine becomes Her Royal Highness, The Princess of Wales and Duchess of Cornwall and Cambridge.

William and Catherine will be able to solidify their own independent court, which is currently based at Kensington Palace in west London, in an apartment that was refurbished shortly after their marriage. It seems unlikely that William would want to move, so the King’s former residences, including Clarence House and Birkhall in the Scottish Highlands, will likely remain vacant until Charles offers them to other members of the family, or finds an alternative use. The family resides at Adelaide Cottage in Windsor during school term time.

It’s unlikely that Charles’ second son, Harry, will be offered a royal office unless he and wife Meghan return to their royal duties, and the King would also need to confirm that they can continue to use Frogmore Cottage on the Windsor estate, which is part of the royal estate. They currently live with son Archie and daughter Lilibet in California but were allowed to continue using Frogmore as their official residence during the Queen’s reign.

When Harry and Meghan announced in early 2020 that they were stepping back from royal duties, they said they would “work to become financially independent.” The terms of the split stipulated that while the pair would always remain part of the family, they would no longer use their HRH titles.

Prince Andrew and other family members

King Charles III also becomes responsible for distributing roles, responsibilities and resources to other members of the royal family.

Charles has never been close to his brother Andrew, who stepped back from royal duties over his links to the late disgraced financier, Jeffrey Epstein. In January 2022 he was stripped of his HRH title, as well as others associated with the military and charity roles. That raises the question of whether the new King continues to allow Andrew to use his Buckingham Palace apartment and offers financial support.

Then there are his other siblings, Princess Anne and Prince Edward, and more distant relatives such as the Gloucesters and Kents who retain royal residences at Kensington.

Charles will need to decide how much family support he needs to carry out his duties and who he wants to offer it. Then he can reveal what support he offers in return. Many of these decisions would already have been taken and the first telling signs of where his loyalties lie will be seen in who gets to keep which residences and especially who gets an upgrade.

Anne and Edward, and his wife Sophie, The Countess of Wessex, are expected to continue with their public duties following decades of dedicated service but the new King needs to balance that against pressure for a slimmed down monarchy in austere times.