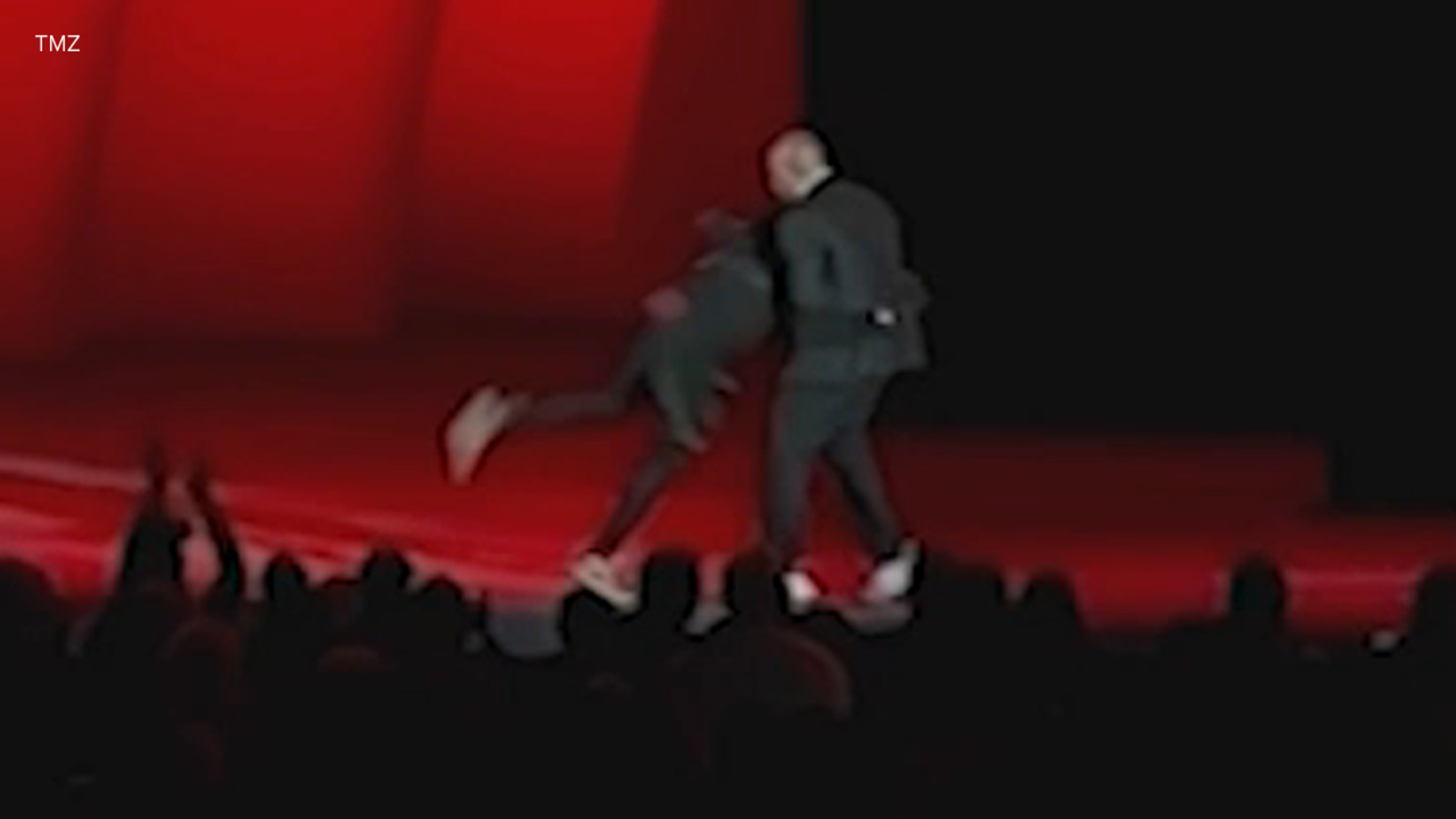 The footage obtained by TMZ shows the suspect – who has since been identified as 23-year-old Isaiah Lee – running onto the stage and tackling the comedian.

According to an update issued by the Los Angeles Police Department on Wednesday, Lee was armed with a replica handgun-knife.

Police released photos of the replica, whose knife blade extends outward from underneath the gun’s barrel.

The video shows Chappelle falling back but managed to quickly free himself as security rushed out to grab the attacker.

According to ABC News, Chappelle and the man tussled on the stage floor. Security staff surrounded and tackled the man in the rear corner of the stage.

Chappelle appeared to run toward the altercation, saying the man was being “stomped” and asked repeatedly for security to remove the man from stage.

Exclusive footage from AIR7 HD captured the attacker on a gurney as he was being loaded into an ambulance to be taken to a hospital for unspecified injuries.

Lee was booked on suspicion of assault with a deadly weapon and is being held on $30,000 bail, according to LAPD booking records. It’s unclear what motivated Lee to run onto the stage.

“The replica handgun, which contained a knife blade, was recovered and booked as evidence,” police said in a statement.

A spokesperson for Chappelle issued a statement Wednesday, calling the incident “unfortunate and unsettling” but saying he refuses to let it overshadow the record-breaking performance at the Hollywood Bowl.
She noted that the comedian continued with his show and worked with Jamie Foxx and Chris Rock to help calm the crowd with humor. He is cooperating with the police investigation into the incident.

“Dave Chappelle celebrated four nights of comedy and music, setting record-breaking sales for a comedian at the Hollywood Bowl. This run ties Chappelle with Monty Python for the most headlined shows by any comedian at the Hollywood Bowl, reaching 70k fans of diverse backgrounds during the first Netflix Is A Joke: The Festival, and he refuses to allow last night’s incident to overshadow the magic of this historic moment.”

“As unfortunate and unsettling as the incident was, Chappelle went on with the show. Jamie Foxx and Chris Rock helped calm the crowd with humor before Chappelle introduced the last and featured musical guests for the evening, hip-hop artists yasiin bey and Talib Kweli , aka Black Star, who performed music from their new album – the first in nearly 24 years – which was released on Luminary. Other special comedic guests last night included Earthquake, Leslie Jones, Jeff Ross, Sebastian, Jon Stewart and Michelle Wolf.”

A spokesperson for Netflix also issued a brief statement: “We care deeply about the safety of creators and we strongly defend the right of stand-up comedians to perform on stage without fear of violence.”
The comedian was not injured in the attack and later joked with the audience about it.

Comedian Chris Rock, who performed earlier in the night, came on stage with Chappelle moments after the attack and joked: “Was that Will Smith?”

ABC News contributed to this report.