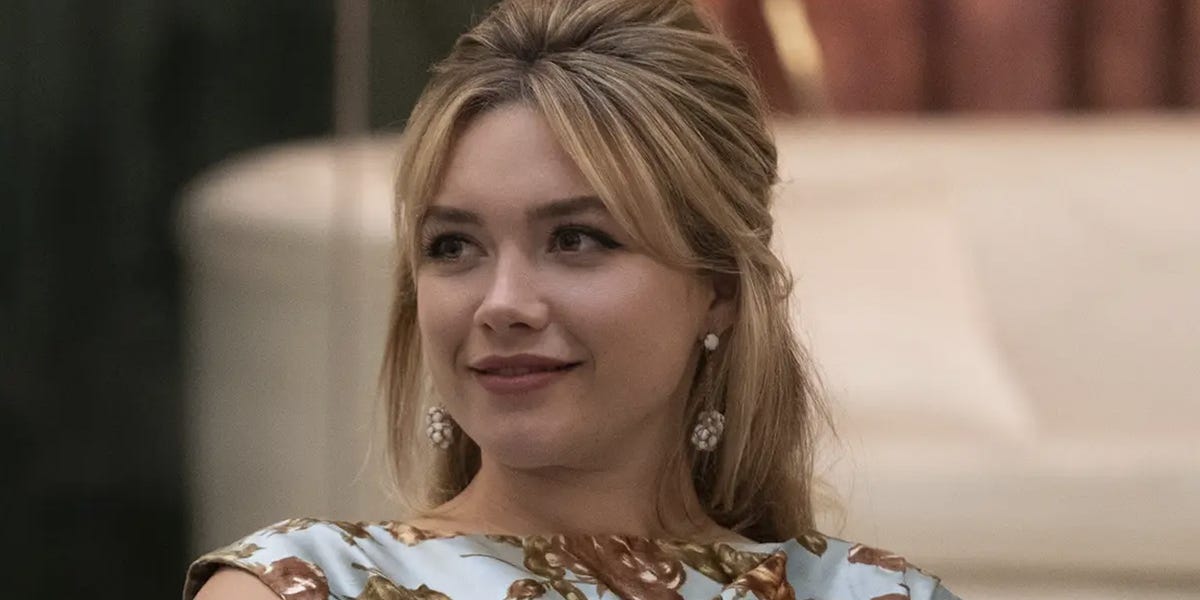 Thanks for signing up!

Access your favorite topics in a personalized feed while you’re on the go.

“Don’t Worry Darling” star Florence Pugh has quickly become one of the most popular stars on the planet thanks to her roles in the likes of “Outlaw King,” “Midsommar,” “Little Women,” and “Black Widow.” But her career started way back in 2014 when she starred in “The Falling” opposite “Game of Thrones” alum Maisie Williams.

But after Pugh got her first leading role, she was told by executives that she needed to lose weight and change her image if she wanted to succeed. The actor spoke to The Telegraph when she recalled her experiences starting out in the industry.

The British star explained that when she was 19 she headed to the United States to audition for new TV shows, and was cast in the failed pilot, “Studio City,” as an aspiring musician. But the executives working on the series wanted her to change her look as part of the job.

The actor felt like she knew what to expect after starring in “The Falling,” but the stark contrast was shocking for her.

Pugh went on to say: “I’d thought the film business would be like [my experience of making] ‘The Falling,’ but actually, this was what the top of the game looked like, and I felt I’d made a massive mistake.”

The show never made it past the pilot stage and Pugh returned to the UK, where she landed the leading role in William Oldroyd’s “Lady Macbeth,” which rekindled the actor’s love for film.

She added: “That made me fall back in love with cinema — the kind of cinema that was a space where you could be opinionated, and loud, and I’ve stuck by that.”

Pugh’s career has flourished since then, recently starring in Olivia Wilde’s “Don’t Worry Darling” next to Harry Styles, Chris Pine, Gemma Chan, and Nick Kroll. Rumors swirled that Pugh feuded with Wilde on the film due to the director’s relationship with Styles, which reportedly culminated in a screaming match.

The star will next be seen in Netflix’s period drama, “The Wonder,” as well as Christopher Nolan’s “Oppenheimer” and “Dune: Part Two” in 2023.