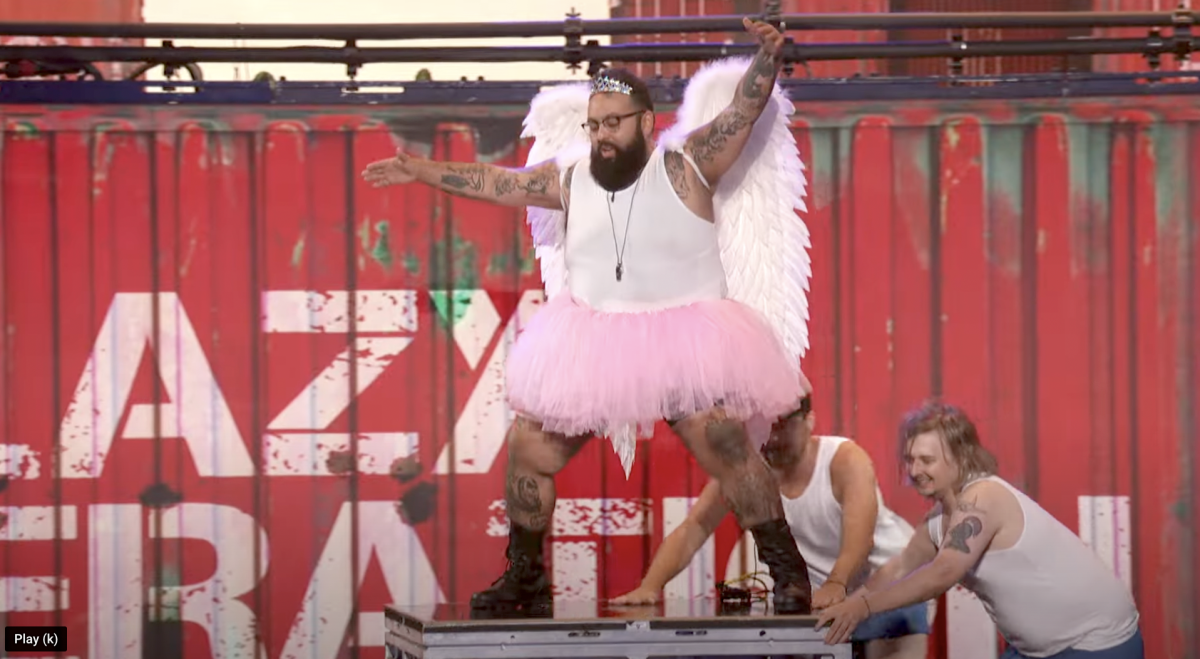 “Mike, God only knows what you must have been thinking… because this has been one of the strangest evenings we’ve ever had,” an exasperated Simon Cowell told comedian Mike E. Winfield during Tuesday’s fourth qualifying round of America’s Got Talent. “And then you walk on, and you brought it.”

It was understandable why Simon was so relieved that Mike, the second-to-last performer of the long night, had finally arrived on the scene. Mike, a true superstar in the making, actually lived up to the promise of his amazing first audition. Sadly, many of the episode’s other 10 contestants did not.

If I’m being honest, as Simon himself would say, it was just disappointment after disappointment after disappointment Tuesday. The night got off to a slow start with New Zealand tap-dancer Bayley Graham, whom Simon called “slightly underwhelming,” followed by tween a cappella group Acapop!, whose dreamy original song and tacky styling had Howie Mandel buzzing them with his big red X. “What’s wrong with you?” host Terry Crews barked, as Howie crushed those poor kids’ dreams. Simon noted that Acapop!’s wooden performance actually improved after Howie buzzed them… but it was too little, too late.

The Brits weren’t faring much better either. While the judges had been wowed by Southampton singer Lee Collinson’s audition of Dermot Kennedy’s “Better Days” weeks ago, they griped that his more conversational song this week, Lauren Spencer Smith’s “Flowers,” failed to showcase his vocal range. Simon thought it sounded like Lee was “reading a letter” in the wrong key, and Howie even grumbled, “If I was listening to that on the radio, I would have turned the channel because the song bored me.” (I personally think they were a little too harsh on Lee, but this wasn’t his best.)

Then there was London’s jackass-style stunt/comedy troupe the Lazy Generation. They were actually hilarious the last time around, but this week’s weird act — mincing about in ballerina tutus, whacking each other in their crotches with various inanimate objects, and wrestling in a cactus garden — was rather lazy indeed. Fellow mad Englishman Simon thought their routine was “beautiful,” but admitted it was “not to everyone’s liking”; judge Sofia Vergara sure didn’t like it, so she red-X’d them midway through.

Tuesday’s two impressionists, ventriloquist Jack Williams and opera singer Merissa Beddows, also received mixed reviews. They showed off some skills, but both lacked comedic chops. The inexperienced Jack definitely needed stronger comic material, and while Merissa’s impersonations of Cher, Celine Dion, and Evanescence’s Amy Lee were spot-on, she inexplicably decided to drop the comedy element that had made her first audition so much fun. Not even her brief impression of Lois Griffin from Family Guy could lighten the mood Tuesday. Simon appreciated her singing but complained that Merissa lacked personality, and Sofia wished Merissa had created another “little story” to accompany the music.

Well, the bad news for AGT viewers is they had to slog through two hours of mostly so-so performances. But the good news is, it’ll be much easier than usual for viewers to vote through just two of Tuesday’s 11 acts to the Season 17 finale, because this was hardly a competitive week. The above-mentioned Mike E. Winfield clearly was the night’s shoo-in. He might, as Heidi boldly predicted, even soon become the first stand-up comic to ever win AGT. AAnd even if he doesn’t, Howie has already offered Mike a job as his opening act.

But… who’s left, and who else has a chance?

Germany’s campy dancing magician Jannick Holste might advance, since judge Heidi Klum declared him the series’ best magic act of all time; however, he’s definitely not a sure bet, because Simon said his dancing was “horrible.” Little-girl screamo singer Harper, who Simon “loved,” could make the cut, as could singer-songwriter Lily Meola, even if Howie said Lily’s original ballad for her late mother didn’t “blow the roof off the place.”

But I’m going to predict that this week’s other finale spot will go to Metaphysic, whom Simon called “the best act, I believe, of the series so far.”

Now, it’s possible that Simon is just a little biased, because this was the second time that the deepfake act used AR technology to make it look like Simon was singing. This time around, they also incorporated Uncanny Valley versions of Terry and Howie, for a creepy but compelling performance of “Nessun Dorma” — “It’s like Il Divo, but Il Stupido,” Howie quipped — and it certainly was unlike anything seen on AGT before Metaphysic promised if they made through, they’d digitally resurrect “the greatest rock act ever” (Elvis Presley? Freddie Mercury? John Lennon? Davie Bowie? Prince?) for the finals, so they’ll probably rack up some votes just because viewers are curious.

See you Wednesday, for a results show that is hopefully more consistently entertaining than Tuesday’s show. At least Wednesday’s episode will be only one hour long.

· Welcome to the dollhouse: Creepy celebrity sisters pull off the ultimate ‘AGT’ prank

· Nick Cannon on quitting ‘America’s Got Talent’: ‘One of the best decisions I ever made in my career’