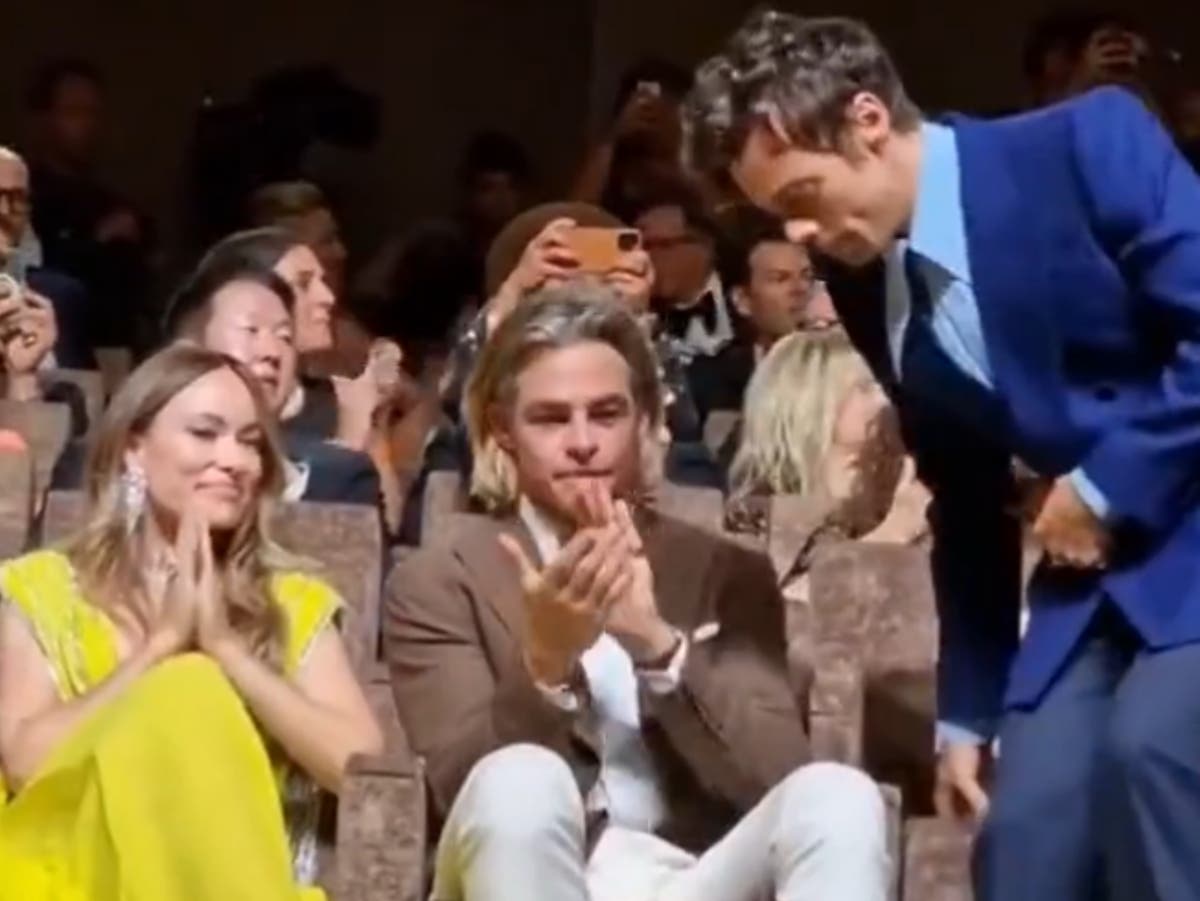 Representatives for Don’t worry darling star Chris Pine have said claims that his co-star Harry Styles “spat” on him at the Venice Film Festival are a “complete fabrication”.

On Monday 5 September, a brief yet puzzling interaction between the pair at the Venice Film Festival went viral on social media.

Styles and Pine were at the Venice screening of Don’t worry darling with co-stars including lead actor Florence Pugh and director Olivia Wilde when the moment was captured on video.

In the clip, posted by Twitter user JZMaclin, it was claimed that Styles “appears to spit” on Pine while taking his assigned seat next to the actor, who then looks down at his lap and stops clapping.

By Tuesday 6 September, the clip had received over 5.5 million views, with many fans claiming Styles “definitely did” spit on his co-actor.

Other viewers dismissed the “spitting” claim and said it was more likely that the pair were joking around.

Pine’s representative has now issued a statement to peoplecommenting: “This is a ridiculous story – a complete fabrication and the result of an odd online illusion that is clearly deceiving and allows for foolish speculation.”

They added: “Just to be clear, Harry Styles did not spit on Chris Pine. There is nothing but respect between these two men and any suggestion otherwise is a blatant attempt to create drama that simply does not exist.”

A source close to Styles also told The Independent that the alleged incident was “not true”.

The speculation surrounding the clip was likely fueled by the controversies that have mired the press run for don’t worry darling, including a dispute over the nature of actor Shia LaBeouf leaving the project, later being replaced by Styles.

Ahead of the film’s release, Wilde claimed she fired LaBeouf, who was initially cast opposite Pugh, in 2020 in order to create a “safe, trusting environment” on set, saying that his acting process “was not conducive to the ethos” that she demands in her productions.

However, LaBeouf, who is currently awaiting trial after being sued for “relentless abuse” by his former partner, the British musician FKA twigs, denied being fired. Hey sent Variety a video he claimed to have received from Wilde, which shows her asking him not to quit the project.

Shortly after the Venice Film Festival press conference for Don’t worry darlingAlex Ritman confirmed that he “just tried to ask Olivia Wilde a question about Shia LaBeouf” at the conference but “the festival wouldn’t let me”.

The festival organizers apparently suggested Ritman’s question had already “been answered” as part of Wilde’s comments on the alleged feud with Pugh, who skipped the press conference.

News that Pugh would not be attending the panel came amid reports of a feud between herself and Wilde that have been ongoing since earlier this year.

the midsummer actor, 26, walked the red carpet for the film’s premiere, as it was reported that she would.

You can read The Independent‘s review of Don’t worry darling here.

This story was updated on Tuesday 6 September to include the response from Pine’s representative and a source close to Styles.