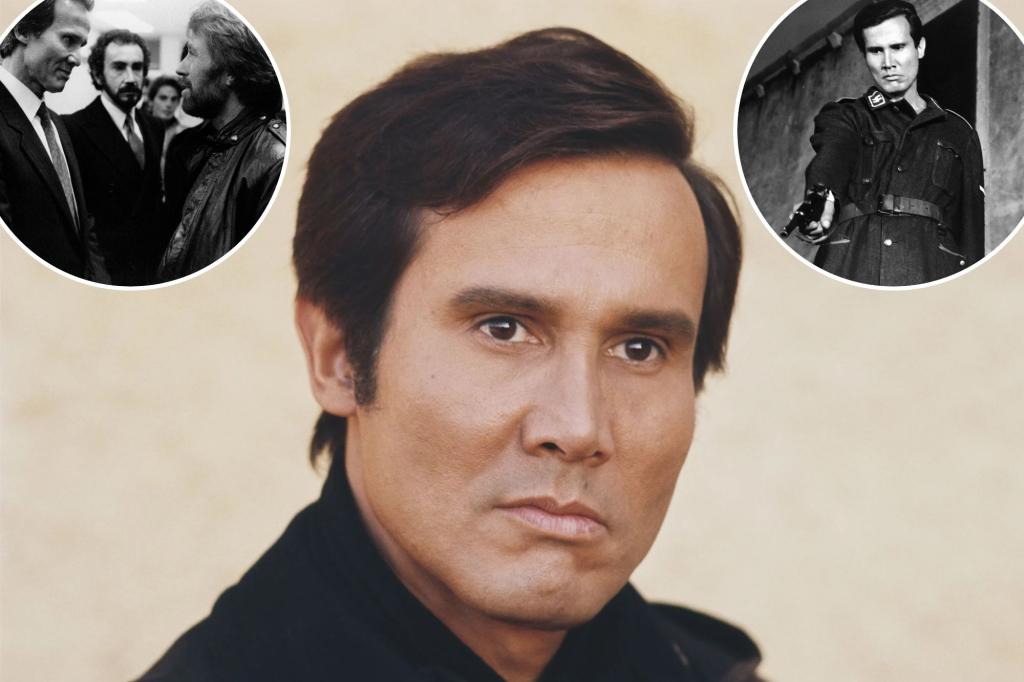 Actor Henry Silva, known for playing gangsters, goons and henchmen in hundreds of films including “Ocean’s Eleven” and “The Manchurian Candidate,” died Wednesday. hey what 95

The prolific actor often shared the screen with Frank Sinatra, playing a Communist agent who fought with the singer in ‘Candidate’ and one of the 11 crooks in the classic 1960 casino heist film.

The Spanish Harlem native’s death was reportedly first announced by the daughter of Dean Martin, who appeared alongside him in the iconic Rat Pack caper.

“Our hearts are broken at the loss of our dear friend Henry Silva, one of the nicest, kindest and most talented men I’ve had the pleasure of calling my friend,” Deana Martin tweeted Friday afternoon.

“He was the last surviving star of the original Ocean’s 11 Movie. We love you Henry, you will be missed.”

Silva got his start as a heavy in Westerns like “The Tall T” and “The Law and Jake Wade” before starring as the titular characters in 1963’s “Johnny Cool” and 1965’s “The Return of Mr. Moto.”

Later in his career, Silva appeared in pictures like “Sharky’s Machine,” “Above the Law,” “Dick Tracy” and “Ghost Dog: The Way of the Samurai.” He made a final brief screen appearance in the 2001 “Ocean’s Eleven” remake.

Silva was of Italian and Puerto Rican descent but was often tapped to portray other ethnicities, playing Korean, Venezuelan, Native American and Japanese men in some of his best known roles.

Silva reportedly dropped out of school at the age of 13 and took drama classes while earning money as a dishwasher and waiter. He was one of five students selected to the Actors Studio in 1955 out of 2,500 applicants, Variety reported, citing the 2000 book “Hispanics in Hollywood.”

“I saw a lot of things in Harlem. It was the kind of place where if you lived on one block and you wanted to go a few blocks away, you had to take a couple of guys with you, or else you would get your ass kicked,” he said at the time, according to Variety.

“I think the reason that I haven’t disappeared is that the heavies I play are all leaders. I never play a wishy-washy anything. They’re interesting roles, because when you leave the theater, you remember these kinds of guys.”

The thrice-divorced late actor was reportedly survived by his two sons, Michael and Scott.