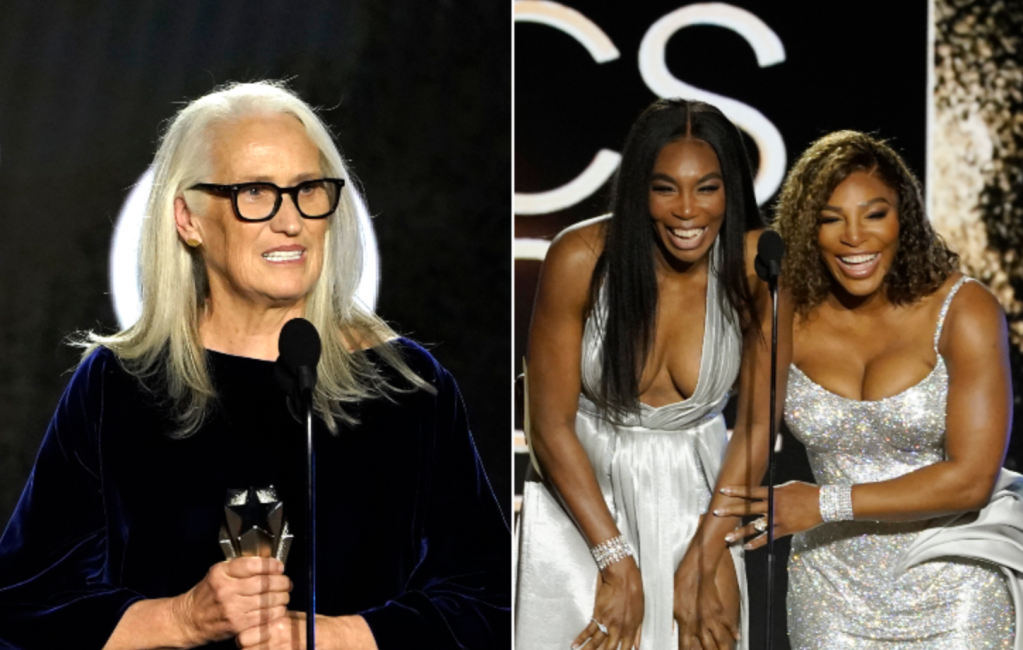 Jane Campion is apologetic for a controversial comment she made about Serena and Venus Williams while accepting the best director prize at the 2022 Critics Choice Awards. The filmmaker said in a statement, “I made a thoughtless comment equating what I do in the film world with all that Serena Williams and Venus Williams have achieved. I did not intend to devalue these two legendary Black women and world-class athletes.”

Campion continued, “The fact is the Williams sisters have, actually, squared off against men on the court (and off), and they have both raised the bar and opened doors for what is possible for women in this world. The last thing I would ever want to do is minimize remarkable women. I love Serena and Venus. Their accomplishments are titanic and inspiring. Serena and Venus, I apologize and completely celebrate you.”

While accepting the Critics Choice Award for best director, Campion said she was honored to be in the room with so many great women and singled out tennis superstars Venus and Serena Williams. The sisters were in attendance at the ceremony in support of the film “King Richard,” which Will Smith won the prize for best actor for his portrayal of their father, Richard Williams.

Campion took a moment during his speech to salute his “fellow, fellow, fellow” nominees, or “the guys,” as she called them. Campion was the only female nominee in the best director category, which also included Paul Thomas Anderson (“Licorice Pizza”), Kenneth Branagh (“Belfast”), Guillermo del Toro (“Nightmare Alley”), Steven Spielberg (“West Side Story ”) and Denis Villeneuve (“Dune”).

“Venus and Serena, you’re such marvels,” Campion added. “However, you don’t play against the guys, like I have to.”

Campion’s comment generated outrage on social media. ace Variety’s Angelique Jackson reported: “It wasn’t so much Campion’s tone, which was light and joking like the rest of her speech, but the content of her words that felt disrespectful. Some noted that Venus and Serena Williams could not only play against, but most likely beat the men in their sport, as Campion had just done. But most commenters simply questioned her decision to bring the Williams sisters and their tennis prowess into that conversation at all.”

After winning director prizes at the Critics Choice Awards, Golden Globes, Directors Guild of America Awards and BAFTA Film Awards, Campion is viewed as the frontrunner to win the Academy Award. The Oscars will be announced Sunday, March 27.