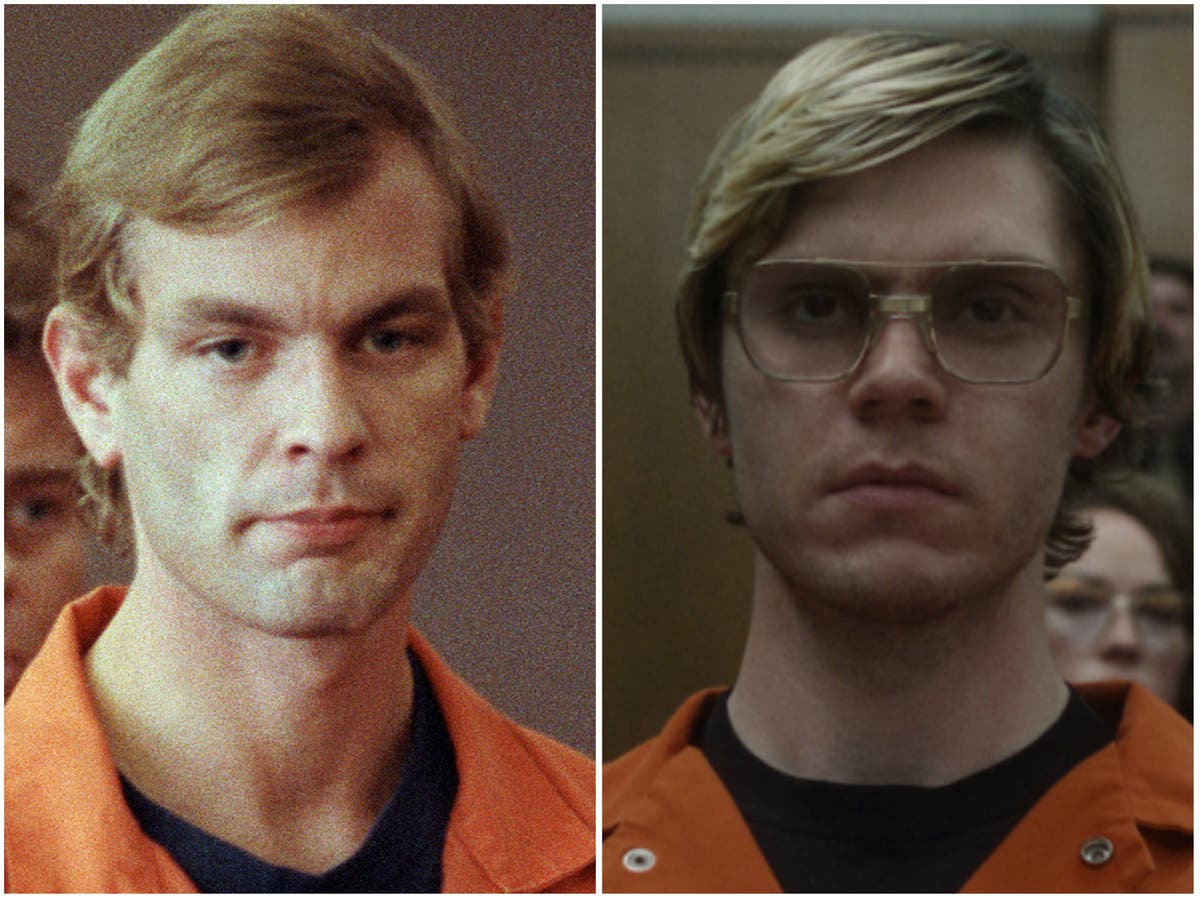 Netflix’s newest addition to its true crime canon is a thriller from Ryan Murphy, who explores the case of one of America’s most notorious serial killers: Jeffrey Dahmer.

Monsters: The Jeffrey Dahmer Story stars Mare of Easttown actor Evan Peters as the man also known as the “Milwaukee Cannibal” or the “Milwaukee Monster”, who committed the murder and dismemberment of 17 men and boys between 1978 and 1991.

Dahmer was born in 1960, in Milwaukee, Wisconsin, to be a teletype machine instructor and a chemist.

There are conflicting reports on whether Dahmer was neglected as a child or if he was doted upon, but there appears to be no doubt he was from a broken home. His mother suffered from depression and attempted suicide, and his father was away studying for much of his childhood. Dahmer’s parents eventually got divorced when he was 18.

Dahmer was a quiet child who underwent double hernia surgery at the age of three. The family moved to Ohio when Dahmer was about six, and his younger brother David was born.

Dahmer was interested in dead animals, specifically animal bones, from an early age – something thought to have begun when he saw his father removing animal bones from beneath their home. He began to collect insects and the skeletons of small animals, such as squirrels, and preserve them in jars of formaldehyde. His father showed him how to bleach and preserve animal bones, and Dahmer started to collect road kill so he could dissect them and add more bones to his collection.

At high school, Dahmer was an outcast. He drank heavily and called alcohol his “medicine” to classmates. While it was thought by teachers that he had good academic potential, his grades were average. Having previously been quiet, he started throwing fake fits and mocking people with cerebral palsy.

In his early teens, Dahmer had a brief relationship with another teenage boy, but he did not tell his parents he was gay. He later admitted he fantasized about dominating a submissive male partner, and that these fantasies had started to involve dissection.

Dahmer committed his first murder three weeks after he graduated from high school in 1978. One day in June, he picked up 18-year-old hitchhiker Steven Mark Hicks, lured him to his house for a “few beers”, and bludgeoned him with a dumbbell. Dahmer then strangled Hicks to death, stripped him, masturbated, dissected the body and buried the remains in a shallow grave in his back garden. He later dug up the body so he could dissolve it in acid and crush and scatter the bones.

Shortly afterwards, Dahmer joined the US army for a few years. He continued to drink heavily. In 1981, he was discharged, and in the mid-eighties, back in Milwaukee, he started to frequent gay bathhouses where he sedated men and assaulted them. In the late Eighties he committed his second murder, this time of a man he brought back to a hotel. He then started to carry out assaults and murders in his grandmother’s home.

Dahmer’s grandmother asked him to move out, largely because of his drinking, his habit of bringing young men back late at night and the foul smells coming from both the basement and the garage – where Dahmer would store and dispose of his victims. He moved out into an apartment in Milwaukee and the murders and dismemberments continued into the Nineties.

Many of his later murders involved necrophilia, cannibalism, and the permanent preservation of the skeleton.

Despite having been arrested numerous times in his life, once for groping a young boy, authorities only discovered Dahmer’s murderous activities when he was arrested after one of his victims escaped in 1991. Running down a Milwaukee street with a pair of handcuffs dangling from one wrist , Tracy Edwards told police that Dahmer was trying to kill him.

On that day, in Dahmer’s apartment, police found body parts and severed heads in his fridge, freezer, filing cabinet and kettle.

In 1992, Dahmer was jailed for life. He was unable to convince the jury that his cannibalism and necrophilia were the result of madness, despite being diagnosed with borderline personality disorder, schizotypal personality disorder and a psychotic disorder. He was given 15 consecutive life sentences and told he would never be eligible for parole.

His trial included some of the most gruesome evidence ever heard in a US courtroom. In his statement to the court, Dahmer said: “I never wanted freedom. Frankly, I wanted death for myself. I knew I was sick or evil or both.

“Doctors have told me about my sickness and now I have some peace. I know how much harm I have caused. I feel so bad for what I did to those poor families.”

Dahmer was later sentenced to a 16th term of life imprisonment for an additional homicide committed in Ohio in 1978.

On November 28, 1994, Dahmer was beaten to death by Christopher Scarver, a fellow inmate at the Columbia Correctional Institution in Portage, Wisconsin.

More than 20 years after the incident, Scarver spoke out for the first time about why he killed Dahmer.

Scarver said that he fatally struck Dahmer twice over the head with a metal bar after growing unnerved by the killer, who he claimed would fashion severed limbs out of prison food and drizzle them with packets of ketchup as blood.

“He would put them in places where people would be,” Scarver told The New York Post.

“He crossed the line with some people – prisoners, prison staff. Some people who are in prison are repentant – but he was not one of them.”

Monsters: The Jeffrey Dahmer Story arrives on Netflix on 22 September.