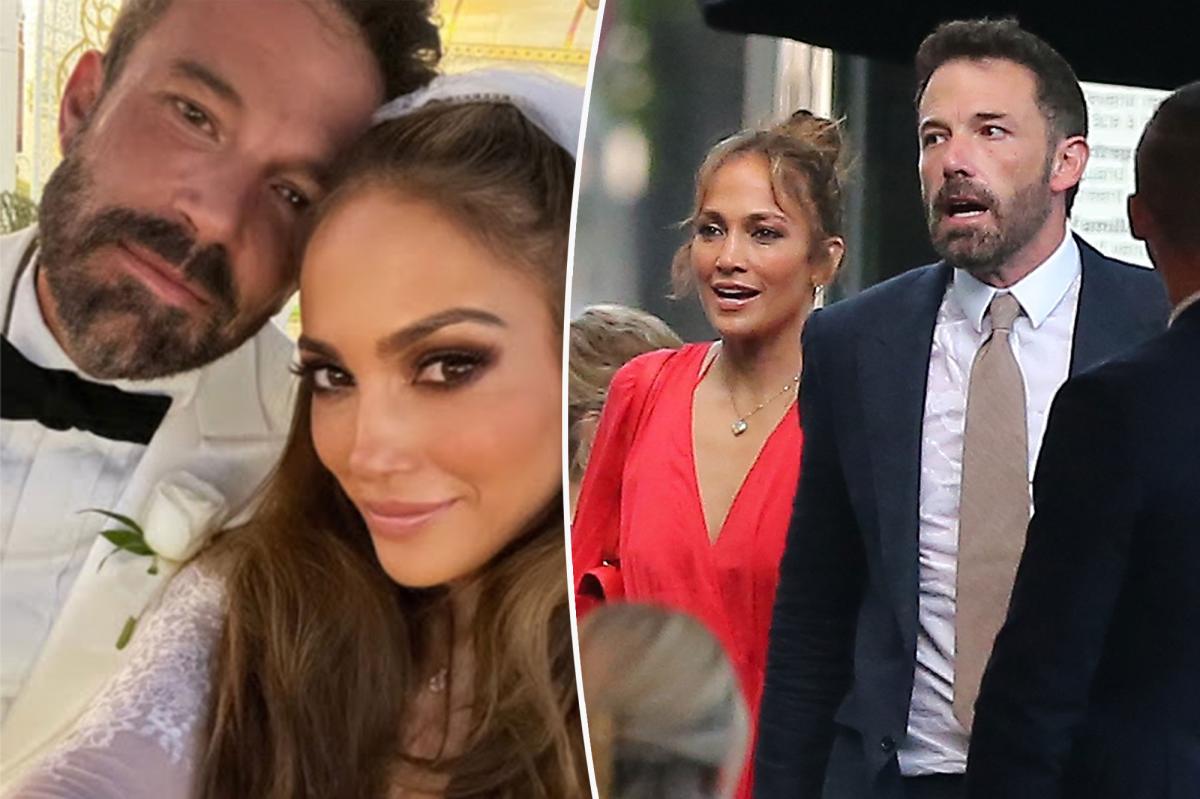 Ben Affleck and Jennifer Lopez have taken their first international trip as Mr. and Mrs.

The newlyweds were photographed honeymooning in Paris, France, on Thursday, just days after tying the knot in Las Vegas.

In pics obtained by Page Six, the couple looked smitten as they held hands while strolling through the City of Love.

Lopez, 52, dazzled in a flowy red dress with a plunging neckline, while her new husband donned a dark suit and flashed his new wedding band.

Earlier in the day, the “Jenny From the Block” singer was photographed in a much more casual getup.

She rocked a simple T-shirt with jeans and a fedora, while the “Argo” star, 49, arrived in a blue button-up and matching dress pants.

The trip to France marked their first getaway since Lopez confirmed she and Affleck secretly said “I do” over the weekend.

The Hollywood couple – who rekindled their romance last year nearly two decades after calling off their first engagement – ​​“flew to [Las] Vegas” and “stood in line for a [marriage] license,” according to Lopez’s July 17 edition of her “On The JLo” newsletter. 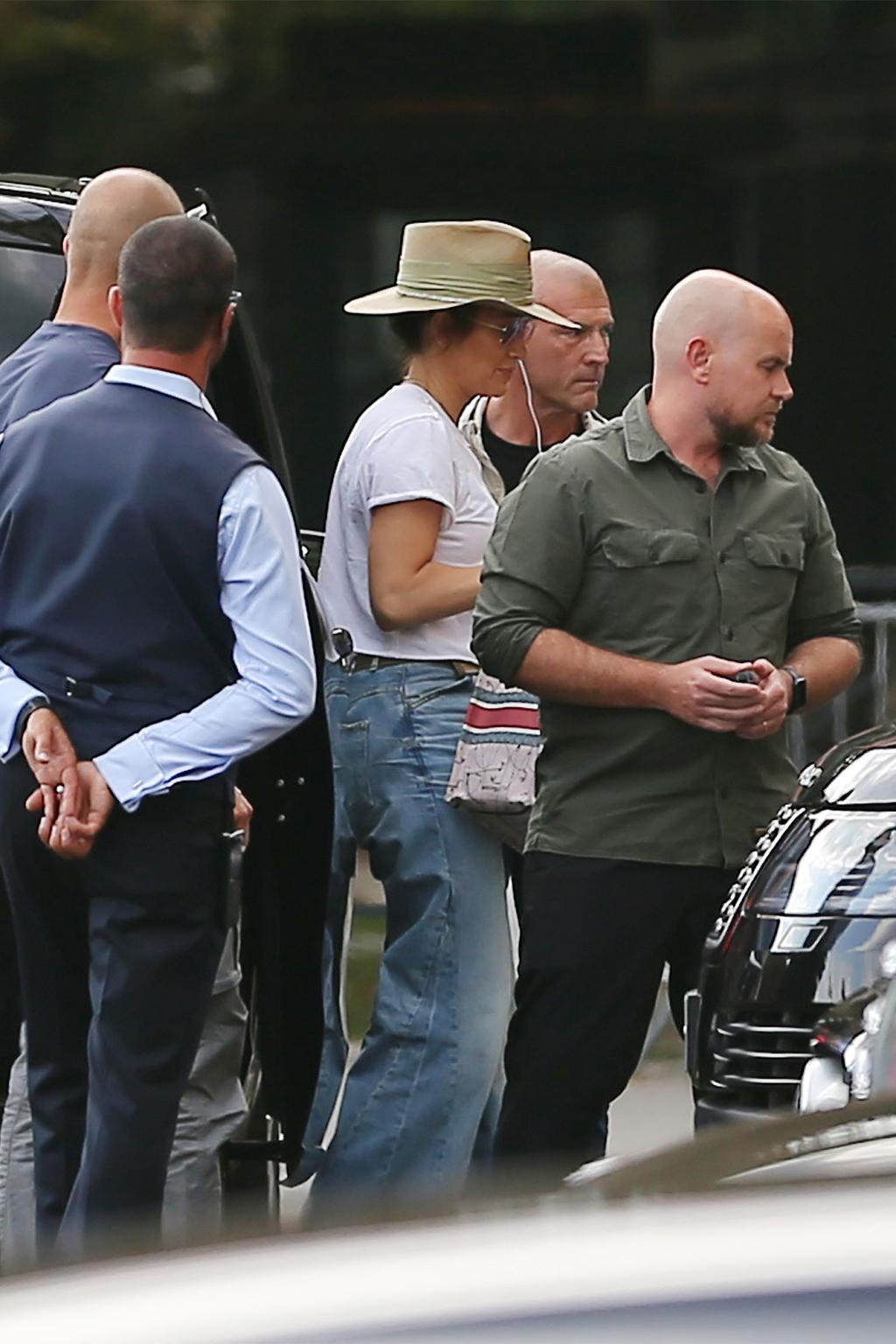 Lopez wore jeans and a t-shirt before changing into a more formal look. 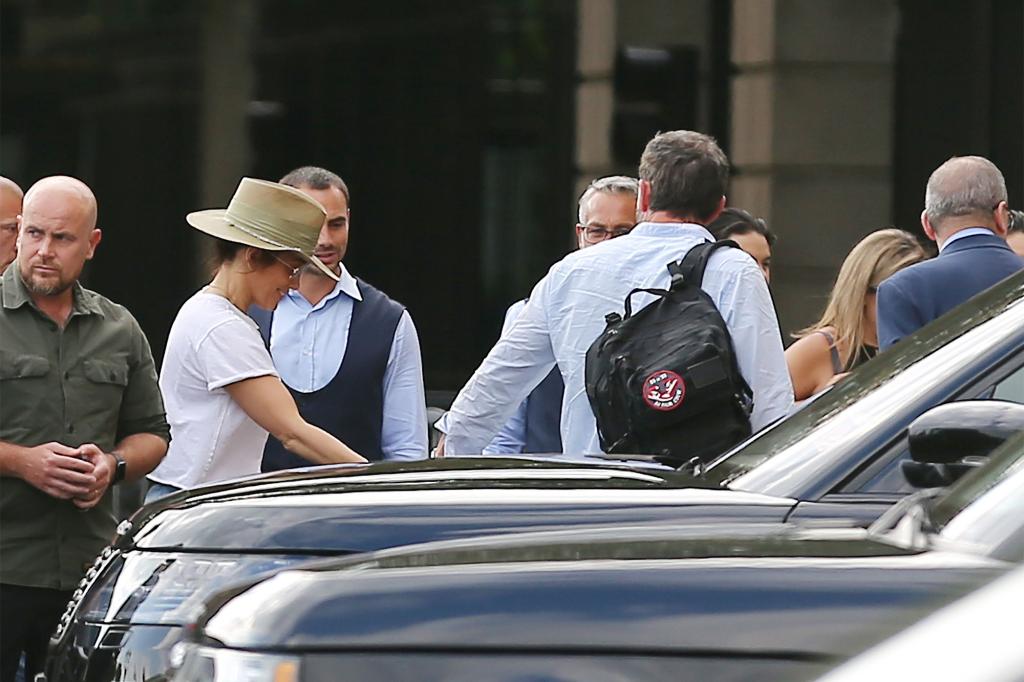 Lopez was wearing jeans and a t-shirt before she changed.

“True THAT. Maybe Khloe should have paid [sic] more attention…

Lopez told fans she wore “a dress from an old movie” as she and the actor “gave one another the rings [they’ll] wear for the rest of [their] lives” at A Little White Chapel.

The man who officiated the ceremony, Ryan Wolfe, told Page Six exclusively that Affleck “gasped” when his bride made her way down the aisle. He told us the pair even asked to exchange their own vows. 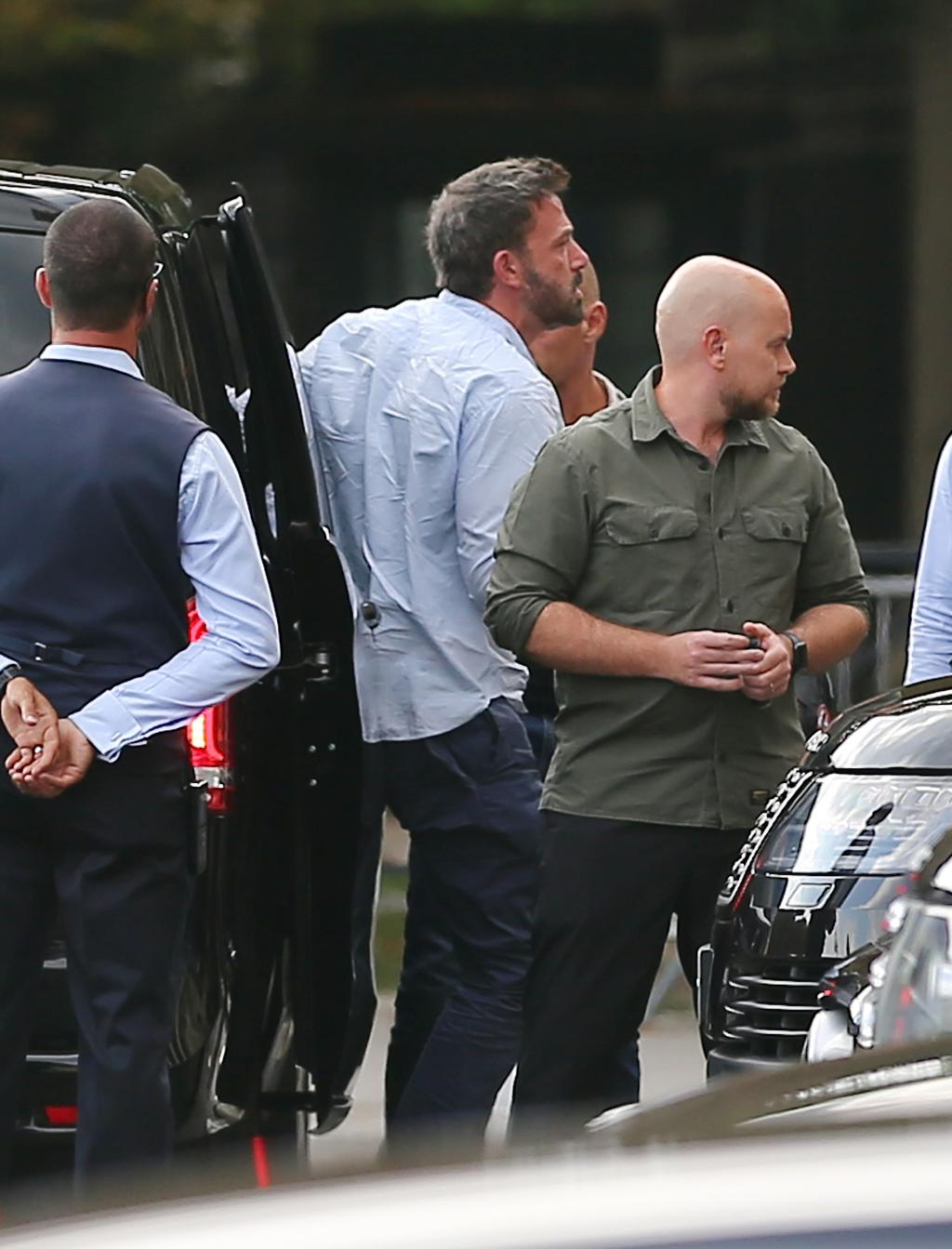 Affleck also swapped his casual outfit before the outing. 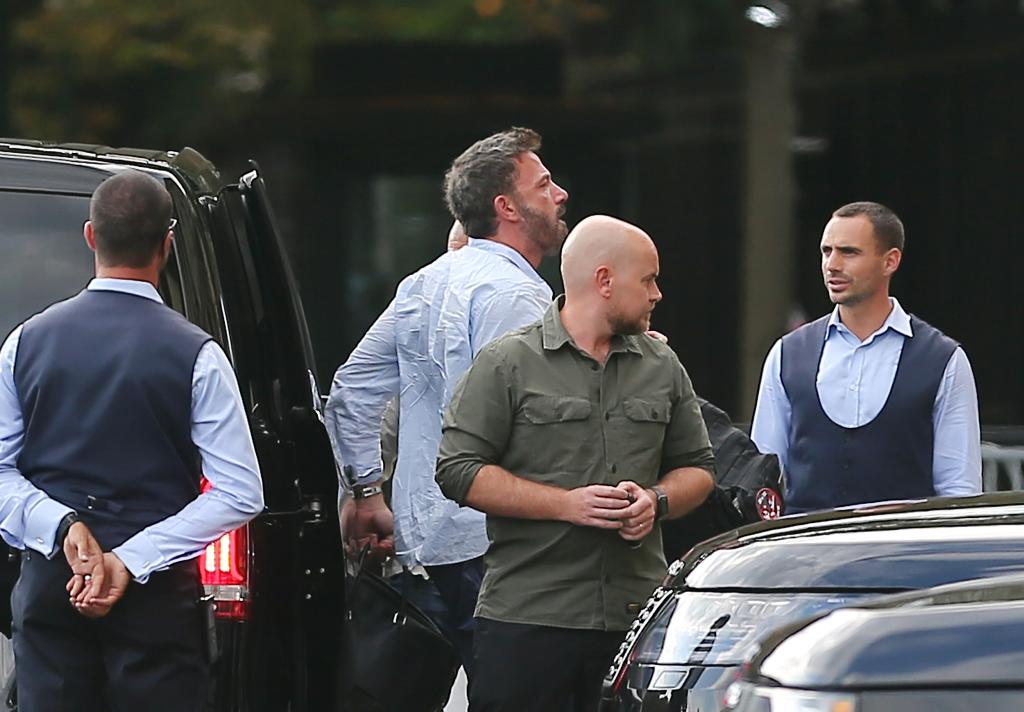 Affleck also swapped his casual outfit before the outing.

“True THAT. Maybe Khloe should have paid [sic] more attention…

Kenosha Portis, another chapel employee, also revealed that Lopez and Affleck “cried to each other” while their children stood “right behind them” in an interview with “Today.”

A source told Page Six that Seraphina and Emme were the only kids in attendance Saturday, describing the nuptials as “very minimally planned” and “spur-of-the-moment.”

The happy couple is reportedly planning to throw a more extravagant wedding bash at the actor’s Georgia estate in the coming weeks.