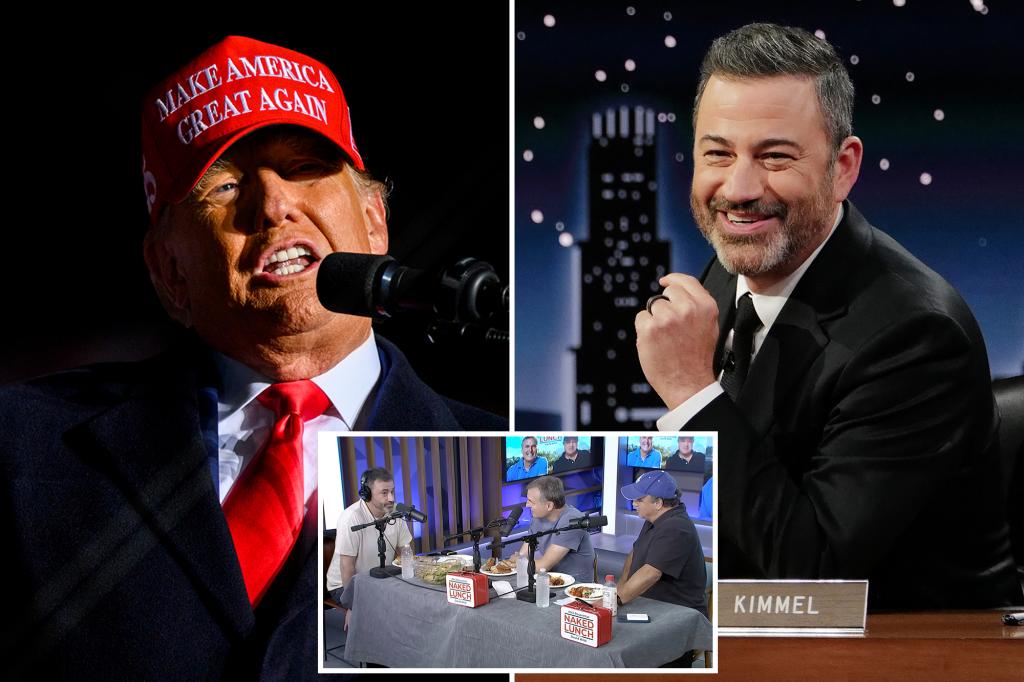 Jimmy Kimmel said he threatened to quit his late-night show if he was barred from attacking former President Donald Trump — even though his endless barbs cost him at least helped his audience.

Kimmel, 54, admitted during a podcast interview that ABC execs “hinted” that he should not go after Republicans every night “around the beginning of this whole Trump thing.”

“I just said, ‘If that’s what you want to do, I understand and I don’t believe you for it — but I’m not going to do that,'” the host told Sticher’s “The Naked Lunch” podcast Thursday.

“‘If you want someone else to host the show, then that’s fine, that’s OK with me — I’m just not gonna do it like that,'” Kimmel recalled he said.

The late-night funnyman made the ultimatum despite admitting that the execs were “right.”

“I have lost half of my fanbase, maybe more,” he said, suggesting that research had shown that before Trump, he was “the most popular talk show” for Republicans.

Still, despite the crushing hit to his ratings, Kimmel said the execs backed down and never pushed back.

“They knew I was serious,” he said, insisting he “couldn’t live with myself” if he held back his anger at the 45th commander-in-chief.

His bias still drives him to this day, he admitted.

“I want to be on the air when Donald Trump goes to jail,” he said when asked what enjoyment he still gets from hosting “Jimmy Kimmel Live!”

“I very much want that. I think I would be heartbroken if I was not a part of that,” he said.

After podcast co-host Phil Rosenthal told Kimmel that he was doing a “public service” by targeting Trump, Kimmel insisted: “I love this country too.”

“That flag doesn’t belong to them. And when I see somebody coming in and ruining it, I’m gonna say something about it. That’s it. It’s as simple as that.”