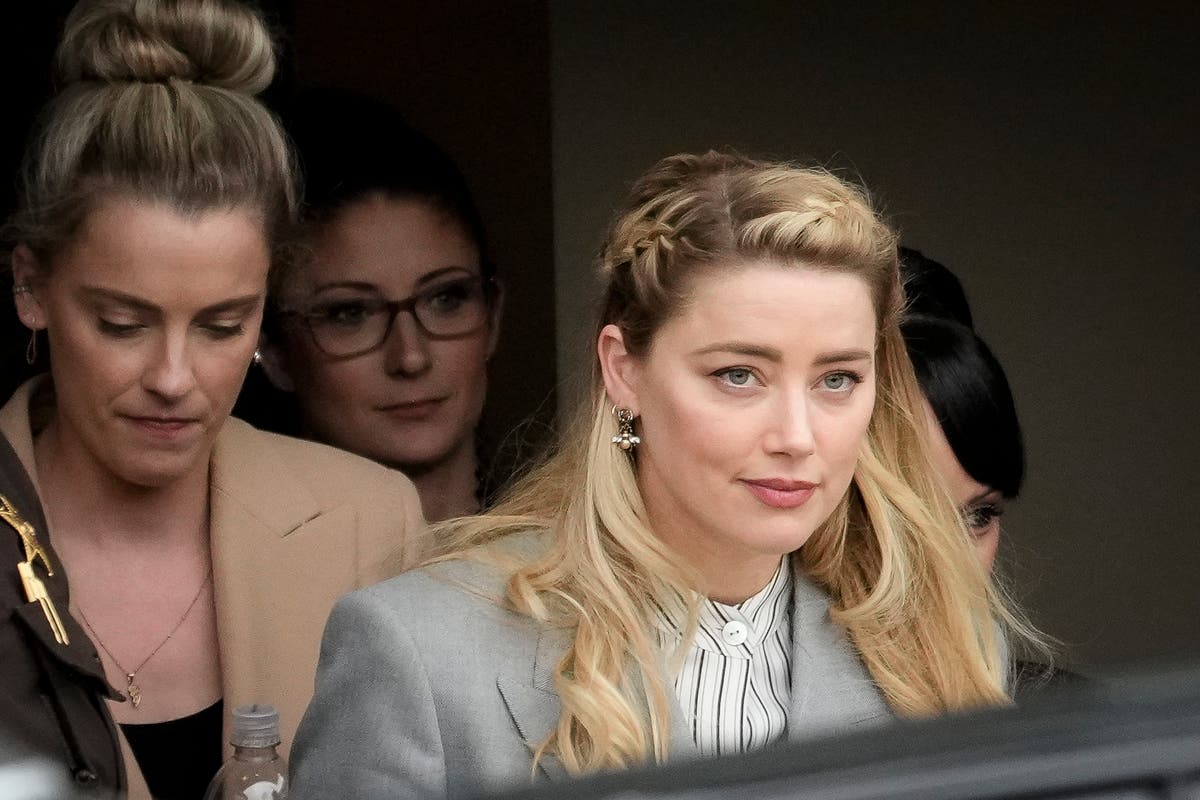 Johnny Depp has filed a motion to strike part of Amber Heard’s closing argument which asked jurors to consider the “message” that ruling against her would send to other domestic violence victims.

Mr Depp’s lawyers raised concern over the “inappropriate argument” in a filing in Fairfax County District Court on Tuesday as the jury deliberated for a second day in the couple’s defamation case.

They asked Judge Penney Azcarate to strike the argument from the record, instructing the jury to disregard it and to revise the Special Verdict Form. The judge said she would not consider the motion due to the fact that deliberation is already well underway.

In his closing for the defense on May 27, Ms Heard’s attorney Ben Rottenborn warned that ruling in favor of Mr Depp would make jurors an “accomplice” to his alleged abuse.

“In trying to convince you that Mr Depp has carried his burden of proof in proving that he was never abusive to Amber on even one occasion, think about the message that Mr Depp and his attorneys are sending to Amber and by extension to every victim of domestic abuse everywhere,” he said.

“If you didn’t take the picture it didn’t happen. If you did take pictures they’re fake.

“If you did everything that you can to help your spouse, the person that you love, rid himself of the crushing drug and alcohol abuse that spins him into an abusive, rage-filled monster you’re a nag.

“And if you finally decided that enough is enough, you’ve had enough of the fear and enough of the pain and you have to leave to save yourself, you’re a golddigger.”

He warned: “That is the message that Mr Depp is asking you to send.”

Mr Rottenborn urged jurors not to be “an accomplice” to this message and to the pirates actor’s “global humiliation” campaign against his former wife.

In their motion to strike that argument from the record, Mr Depp’s attorneys said Mr Rottenborn’s statements “improperly invite the jury to focus on a larger social objective beyond the [case]”, citing a 2021 ruling from the 4th Circuit in Plymail v Mirandy.

“Such argument by Ms Heard’s counsel improperly invites the jury to decide the case ‘based on passion and prejudice’ and a specific jury instruction is necessary to cure this impropriety,” the filing states.

Mr Depp is suing his ex-wife Ms Heard for $50m claiming she defamed him in an op-ed for The Washington Post where she described herself as a victim of domestic abuse under the title: “I spoke up against sexual violence – and faced our culture’s wrath. That has to change.”

Ms Heard countersued her former husband for $100m claiming he launched a “smear campaign” against her.

Tuesday’s filing also asked the court to amend a portion of the Special Verdict Form in regards to Mr Depp’s affirmative claims against Ms Heard – that is, the claims jurors are considering in his case against her.