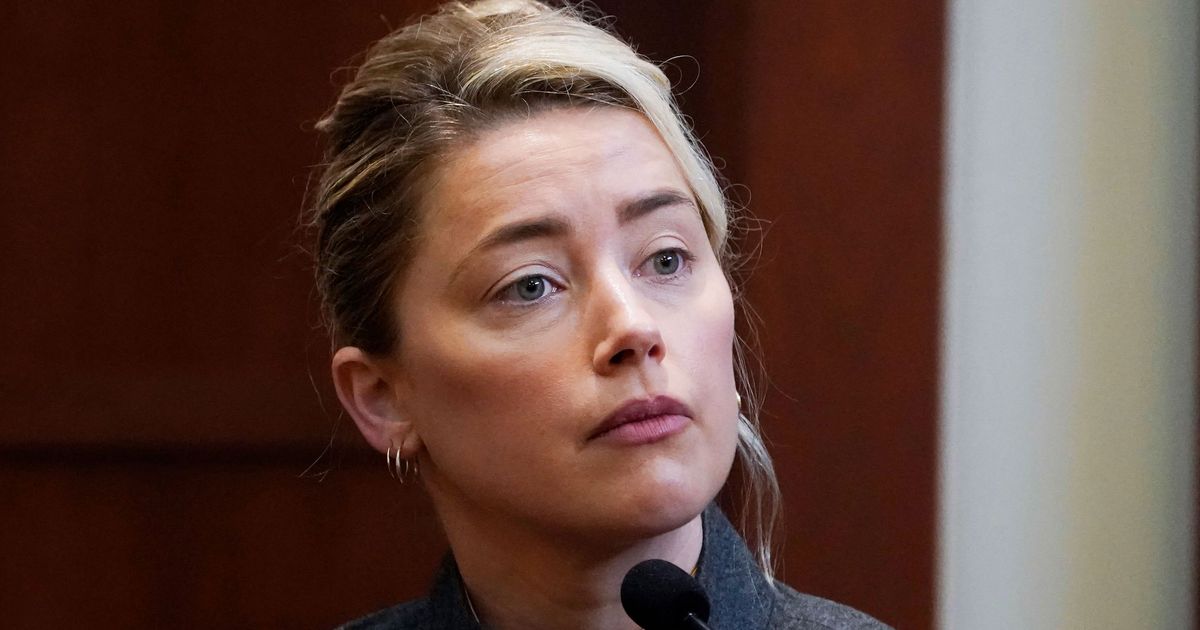 Shortly before 4 pm on May 16, Johnny Depp’s lawyer started to cross-examine Amber Heard in his defamation trial against her. One of the actor’s attorneys, Camille Vasquez, opened the cross with a fast-moving salvo. “Mr. Depp hasn’t looked at you once this entire trial, has he?” Vasquez asked. “Not that I have noticed,” Heard replied. “You’ve looked at him though, many times, haven’t you?” Vasquez prodded. “Yes, I have,” Heard said. Vasquez pressed, “You know exactly why Mr. Depp won’t look back at you, don’t you?” Heard said, “I do.” “He promised you he would never, you would never see his eyes again, isn’t that true?” “I don’t recall if he said that,” Heard said, her voice a low whisper.

Vasquez then played a recording from when Heard and Depp met at a San Francisco hotel in July 2016, on which he can be heard saying, “You will not see my eyes again.” Vasquez asked, “And he kept that promise, hasn’t he?” “As far as I know, he cannot look at me,” Heard replied. “He won’t look at you. Right, Ms Heard?” Vasquez asked. “He can’t,” Heard answered. This exchange over whether Depp had promised to avoid Heard’s eyes set the stage for an inevitably lengthy battle over the reliability of her memory and general credibility.

Vasquez pressed Heard about the notorious photo — of what appears to be cocaine lines on a table next to a box that says “Property of JD” — that has been brought up at trial as evidence of his drug use. Vasquez tried to undermine that drugs were being used by showing that drugs were still present. “There are four lines on this table, right? There isn’t any cocaine residue around those lines, right?” Vasquez asked. “Not that I can tell,” Heard responded. Vasquez said it “doesn’t really look like anyone’s been doing cocaine off that table, does it?”

“With all due respect, I’m not sure you know how that works,” Heard said, her tone almost incredible. “You do? You tested you’ve done cocaine?” Vasquez shot back. “I have,” Heard said matter-of-factly. “It doesn’t really look like Mr. Depp or anyone was doing cocaine off that table, does it?” Vasquez rehearsed. “Uh, I beg to differ with you on that,” Heard responded. “When you snort cocaine, typically it goes into your nose. It doesn’t stay on the table.” She also claimed that the tampon applicator that was present next to a credit card in the photo was a “device that I believe my sister had taught him to use in order to put the cocaine in your nose.”

Vasquez asked if Heard had any photos of Depp “actually consuming cocaine,” noting that Heard frequently took photos of Depp in various states of alleged inebriation. “I don’t think I have a picture of him mid-snort,” Heard replied. Vasquez also challenged Heard’s claim that she believed Depp had broken her nose after the 2014 Met Gala, asking, “You haven’t produced any pictures or even medical records reflecting a broken nose?” Confronting Heard with photos of her and comic Don Rickles taken the next evening, Vasquez pressed that her “nose doesn’t appear to be injured in any of these pictures.” “That’s why I’m wearing makeup,” Heard answered plainly. Cross will continue Tuesday.

Prior to Vasquez’s cross-examination, Heard’s lawyer preemptively tried to address what will unfold during it — question after question about potential inconsistencies in statements about Depp’s alleged abuse. Heard directly responded to claims that her allegations were a “hoax” and discussed the timeline of her alleged abuse at Depp’s hands. In the morning, Elaine Bredehoft, Heard’s lead attorney, began by addressing one potentially major point of contention: when the first instance of alleged abuse took place. Heard previously said that Depp first hit her in 2013, after she asked him about a Winona Ryder tattoo on his arm, which read “Wino Forever.” Heard recalled, “I just laughed because I thought he was joking… and he slapped me across the face.” On Monday, Heard said that the alleged incident actually took place in 2012, the same year they started dating. Heard, wearing a muted gray top, cried at multiple points during her testimony. At one moment, as Heard detailed Depp’s allegedly self-injurious behavior, he appeared to chuckle when whispering with his attorney.

“How is it that you think you’ve got the date wrong?” Bredehoft asked. “I’m embarrassed to say I think I would have liked to believe that the period of time in which I [fell] in love with Johnny … and he wasn’t violent to me, lasted for a lot longer than it did,” Heard said. “I think I would have liked to believe that I wasn’t hit so early in the relationship and still stayed.” Bredehoft also asked Heard about her testimony that police were called before the May 2016 incident in which Depp allegedly threw a phone at her. The police were called in December 2011, in 2012, and “by a landlord” in 2013, Heard said. When Heard was granted a protective order against Depp following the alleged phone incident, she mentioned only several alleged attacks. Bredehoft asked Heard why she hadn’t cited all of the alleged instances of abuse. “I was following the advice of my counsel,” she said.

Bredehoft also attempted to address any potential cross-examination questions that could portray some of Heard’s statements as opportunistically new, tailored for this trial. Heard tested that 17 acts of alleged abuse came up in Depp’s UK defamation trial against The Sun newspaper. (Depp filed suit over a 2018 article calling him a “wife beater” and lost, with the court finding the phrasing “substantially true.”) Heard noted that she wasn’t a party to the case, only a witness. “When was the first time you were called upon to provide a detailed accounting, of as many times as you can recall, of physical and sexual abuse by Mr. Depp?” Bredehoft asked. “A few months ago, February, in 2022,” Heard said.

“How is it you didn’t remember all of those events like this?” Bredehof continued. “That’s not how your memory, or my memory, works,” Heard said. “As anyone can imagine, there was a lot going on, and unfortunately the violence became almost normal, especially toward the end.”

Heard also described an alleged fight after her 30th-birthday party on April 21, 2016, over Depp’s late arrival. Depp threw a large champagne bottle at her in her home and tossed her phone out of the window, Heard said. At one point, Depp grabbed her pubic bone. “He kind of just pushed me down and held me down by it,” Heard said. Depply taunted her, “You’re such a fucking tough guy.” As Heard recounted this alleged incident, Depp appeared to pop gum or candy into his mouth. Heard’s lawyers showed photos of Heard with what appeared to be a sizable red bruise on her face following the alleged phone incident.

Heard clarified details around the 2018 Washington post Office op-ed Depp is suing her over, which appeared online with the headline “I spoke up against sexual violence — and faced our culture’s wrath. That has to change.”
” She said the article wasn’t about her ex-husband and his alleged behavior. It was about her and what happened to her after their relationship ended. Heard said she had nothing to do with the headline and thought she had first found about it in relation to the lawsuit.

“The only one who thought it was about Johnny was Johnny,” Heard said. “It was about me. It’s about what happened to me after Johnny. It’s about what happened to me after I escaped my marriage. It’s about me, and my life and what I endured.” Heard claimed that she lost work — and far worse — following her estrangement from Depp and the restraining order. “I was harassed and harassed on a daily basis, death threats…” Heard said. Decision-makers in Hollywood, Heard said, were “so eager to support him.”

Heard was also asked about her counterclaim against Depp. One of his attorneys, Adam Waldman, previously called Heard’s allegations a “hoax” in an April 2020 news article — which defamed her, she claimed. “Is this a true or a false statement?” Bredehoft asked. “And why is it false?” “To say that it’s a ‘hoax,’ that these aren’t even real things, I mean, after everything I’ve lived through and survived,” Heard said, “I hadn’t even spoken about the sexual abuse of my marriage . I didn’t. I didn’t want to talk about that, ever.”