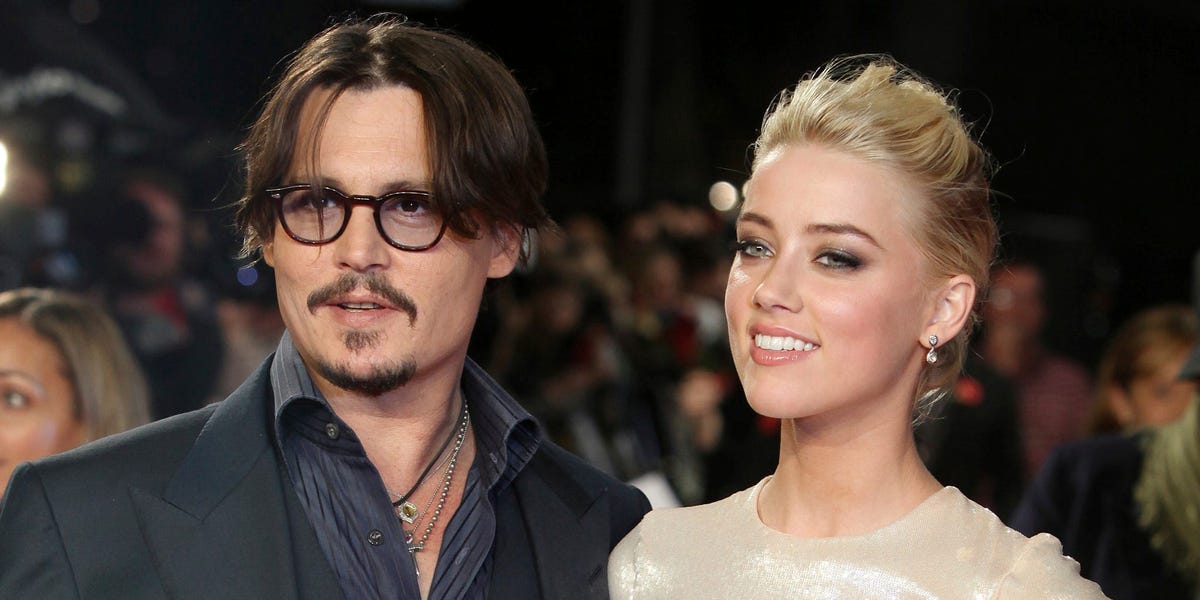 Immediately after Johnny Depp and Amber Heard said “I do” at their 2015 Bahamas wedding, Depp made a comment about physically assaulting his new wife, according to one of Heard’s former friends who served as best man at the ceremony.

“I was walking with Johnny and congratulating him that they pulled it off,” iO Tillett Wright testified on Tuesday. “Other [Depp] said, ‘We’re married now. I can punch her in the face and nobody can do anything about it.'”

Tillett Wright, who said his friendship with Heard ended about a year ago, made the comments in prerecorded testimony played for a Virginia courtroom this week as part of Depp’s ongoing defamation trial against his ex-wife.

At the center of the case is Heard’s 2018 Washington Post op-ed, in which she discussed her alleged experience as a survivor of domestic and sexual violence and the vitriol she says she received as a result of speaking publicly about it. The piece did not name Depp directly.

Depp has accused hearing of ruining his reputation and career by insinuating in the op-ed that he abused her. An attorney for the actor said in opening statements that the publication “falsely and unfairly characterized Mr. Depp as a villain.” Heard has denied Depp’s defamation allegations and says in a $100 million counterclaim that he violently assaulted her multiple times before and during their marriage, which ended in divorce in 2016. Depp has denied the claims.

Tillett Wright’s testimony was played for the jury following the completion of Heard’s time on the stand, which lasted four days. In the recording, Tillett Wright said his friendship with Heard began in 2011. He later hit it off with Heard’s then-boyfriend Depp in 2013 and even lived in one of Depp’s homes for nearly a year.

Heard’s former friend said he was sometimes called in to help mediate intense fights between the couple and tested that Depp would get “misogynistic and cruel” under the influence of alcohol and cocaine. Tillett Wright described several verbal fights he witnessed between Heard and Depp but said he never saw either get physically violent with one another.

According to Tillett Wright, Depp told him that he had experienced jealousy and “rage activities” in previous relationships with Winona Ryder, Kate Moss, and Vanessa Paradis.

Tillett Wright also said he had “a lot of discussions” with Depp about his fights with Heard and said the actor confided in him about his childhood and fraught relationship with his mother.

“[Depp referred to [his mom] as a bitch and a cunt a lot,” Tillett Wright tested, and said Depp would often compare his mother and Heard.

“He said at one point, something to the effect of ‘I already have a mom who is a bitch to me. I don’t need another one in my life,” Tillett Wright said.

Heard and Depp were frequently cruel to each other during their blowouts, Tillett Wright said.

“She called him old and he calls her soon-to-be-ugly and talentless, and then they get really ugly with each other,” he said.

On the day of Heard and Depp’s wedding, Tillett Wright, who helped photograph the nuptials, said he didn’t remember Depp drinking prior to the ceremony and his alleged comment about punching Heard.