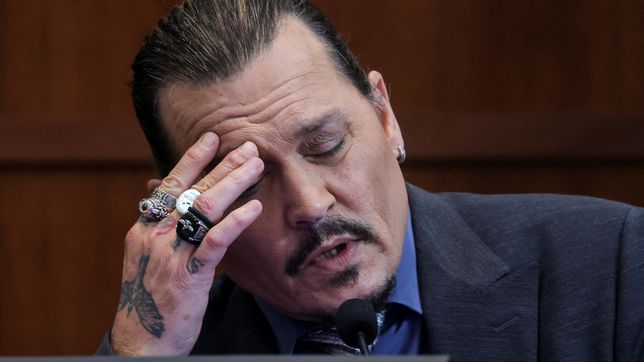 What happened so far in the Depp v Heard trial?

If you’ve not kept up to date with the Depp-Heard case, here’s some of the key points from the weeks-long trial to get you up to speed:

— Depp testified that he never hit Heard or any other woman. He said she was the one who became abusive and “bullied” him with “demeaning name calling.” “It seemed like pure hatred for me,” Depp said. “If I stayed to argue, eventually, I was sure it was going to escalate into violence, and oftentimes it did.”

— During an argument in Australia in early 2015, Depp said Heard threw a vodka bottle that severed the top of his right middle finger. The actor said he went into shock and wrote messages to hear on the wall using blood from the finger. Heard offered a different account, sobbing as she told the jury that Depp sexually assaulted her that night by inserting a liquor bottle in her vagina. “I was scared,” she said. “I had just married him.”

— A few months later, Heard said, Depp broke her nose and ripped out chunks of her hair during another violent encounter.

— Heard’s attorneys introduced photos that they said showed injuries after various arguments, including scars on her arm that were visible as she posed on a red carpet, and redness and swelling around an eye that she said was struck by a phone thrown by Depp. Attorneys for Depp showed images from public appearances that they said were taken around the time of their fights and appeared to show no injuries.

— Depp testified that feces were found in the couple’s bed in 2016. One of his security guards said Heard told him it was “a horrible practical joke gone wrong.” Heard denied any involvement and suggested one of the couple’s dogs was responsible.

— Jurors heard an audio clip of Depp threatening to cut himself with a knife during one of their last in-person encounters. “That’s psychologically, emotionally where I was,” Depp said. “At the end, I was broken … I thought the only answer is here, take my blood, that’s all I’ve got left.”

— Heard’s lawyers introduced text messages in which Depp called Heard a “filthy whore” and said he wanted her dead. Writing to actor Paul Bettany in 2013, Depp said: “Let’s drown her before we burn her” and “I will fuck her burnt corpse afterwards to make sure she is dead.”