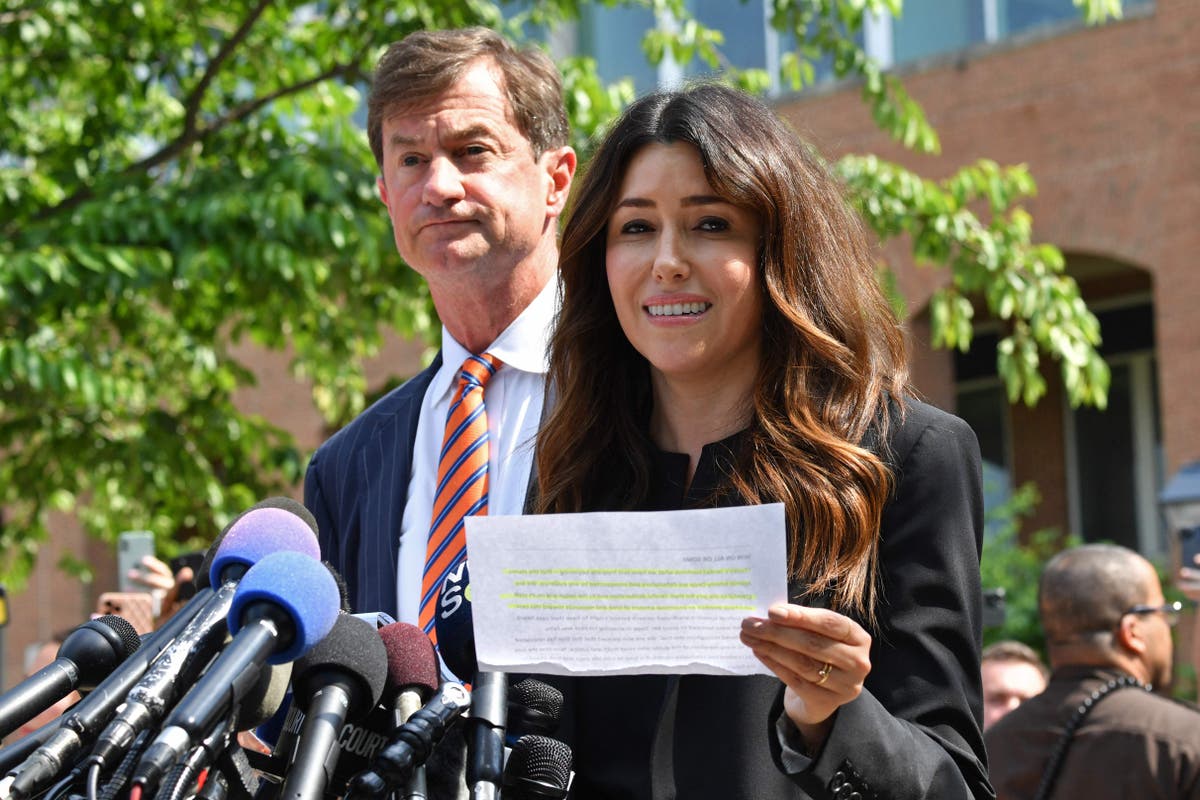 Johnny Depp’s star lawyer Camille Vasquez is celebrating victory in a case that has catapulted her to fame.

Ms Vasquez, who quickly became a source of internet fascination in the trial, hugged her colleagues after winning her client’s bombshell defamation case against his ex-wife Amber Heard.

Speaking outside the courthouse in Virginia, Ms Vasquez underlined her affection for her movie star client, which was so palpable throughout the case it even sparked – albeit baseless – romance rumors.

“Today’s verdict confirms what we have said from the beginning – that the claims against Johnny Depp are defamatory and unsupported by any evidence,” she said.

“We are grateful, so grateful to the jury for their careful deliberation.”

Mr Depp won his case against Ms Heard after a six-week, televised trial. He was not present for the verdict.

Ms Heard was ordered to pay the actor $15m in damages but the jury also awarded her $2m for one part of her own counterclaim.

The jury found she was defamed by one of Depp’s lawyers, who accused her of creating a detailed hoax that included roughing up their apartment to look worse for police.

The jury of five men and two women returned their verdict on Wednesday after nearly 13 hours of deliberation spread over three days at the district court in Fairfax, Virginia.

Mr Depp was not in court for the verdict. He is working in the UK and was spotted in a pub in Newcastle. Ms Heard was present for the reading of the verdict.

Fans of Mr Depp cheered wildly outside the courthouse as each verdict was returned by the jury.

Ms Vasquez has become one of the best known figures among followers of the case.

After her cross-examination of Ms Heard, a meme reimagined the attorney as Thor, the god of thunder portrayed by Chris Hemsworth in Marvel movies.

Google Trends, a tool made available by Google to measure the popularity of various search terms over time, shows that search interest for the words “Camille Vasquez” surged from 16 to 18 May.

On May 18, a photographer for TMZ asked Vasquez about online rumors that she and Depp might be dating. Vasquez laughed and declined to answer further. TMZ has previously reported that the rumors are untrue and the two are “definitely not dating”, citing “sources connected to Camille Vasquez”.

Following the verdict, Ms Heard released a statement that she was “heartbroken.”

“The disappointment I feel today is beyond words. I’m heartbroken that the mountain of evidence still wasn’t enough to stand up to the disproportionate power, influence, and sway of my ex-husband,” she said.

“I’m even more disappointed with what this verdict means for other women. It is a setback. It sets back the clock to a time when a woman who spoke up and spoke out could be publicly shamed and humiliated. It sets back the idea that violence against women is to be taken seriously.”

And she added that the result was an attack on Freedom of Speech.

“I’m sorry I lost this case. But I am sadder still that I seem to have lost a right I thought I had as an American – to speak freely and openly.”