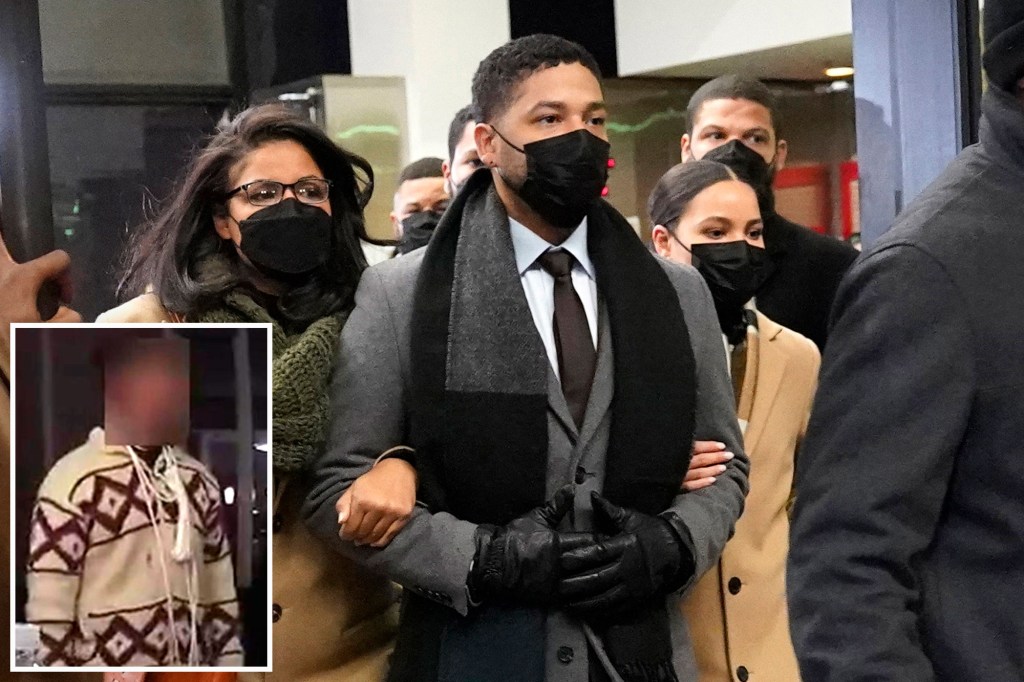 Jussie Smollett’s lawyers asked a Chicago judge Friday to toss out his conviction for staging a hate crime — or grant him a new trial — claiming that his constitutional rights were violated by the court during the jury selection process.

Lawyers for the former “Empire” actor argued that the court made a litany of errors during the trial, which they claimed was “a lightning rod for the political divisions plaguing the country,” according to a filing obtained by The Post.

Smollett, 39, was found guilty in December of lying to police when he told cops that admirers of former President Trump had beat him up for being black and gay.

The defense’s post-trial motion came two weeks before the disgraced actor was set to be sentenced. He faces up to three years behind bars on each of the five counts of felony disorderly conduct, though it’ll be up to Judge James Linn whether Smollett gets any time at all.

Smollett — who has steadfastly maintained his innocence and took the stand in his own defense — claimed that two Trump-loving bigots beat him up, doused him in bleach and placed a makeshift noose around his neck on a freezing night in January 2019.

In reality, he hired two actors to accost him in the hopes of raising his public profile, the jury found.

In their motion Friday, Smollett’s attorneys argued that his right to a public trial was violated because the amount of spectators and members of the press were limited due to COVID-19 restrictions.

The judge did not allow the defense to directly question potential jurors, which “was particularly prejudicial,” due to the high profile nature of the case, attorney Mark Lewis claimed.

“Even before the verdict was out, most Americans who had not seen the evidence in the courtroom were convinced that Jussie had committed the crime,” Lewis wrote.

“In fact, prior to and during the trial Mr. Smollett had become a lightning rod for the political divisions plaguing the country currently.”

The allegedly endorsed “procedures and tactics” that allowed prosecutors to exclude black and gay potential panelists from the jury box, the motion states

The filing also said the judge did not tell the jury to “cautiously scrutinize” the testimony of the Osundairo brothers, who said Smollett paid them to attack him. The men were not charged for their role in the incident, or for cocaine found in their apartment, Lewis argued as he claimed their preferential treatment prejudiced the jury.

One witness’ testimony should have been thrown out because he said he felt “pressured and threatened” by prosecutors to change his story, Lewis wrote.

In another instance, the judge ignored an alleged homophobic remark by a detective, who had said the defendant had a “pretty face,” the motion argued.

The court also improperly let the deliberating jury watch the entirety of Smollett’s “Good Morning America” ​​interview after only part of it had been admitted to the jury at trial, Lewis wrote.

“As such, the Defendant now respectfully requests that his convictions be vacated or in the alternative, that the Court grant the Defendant a new trial.”