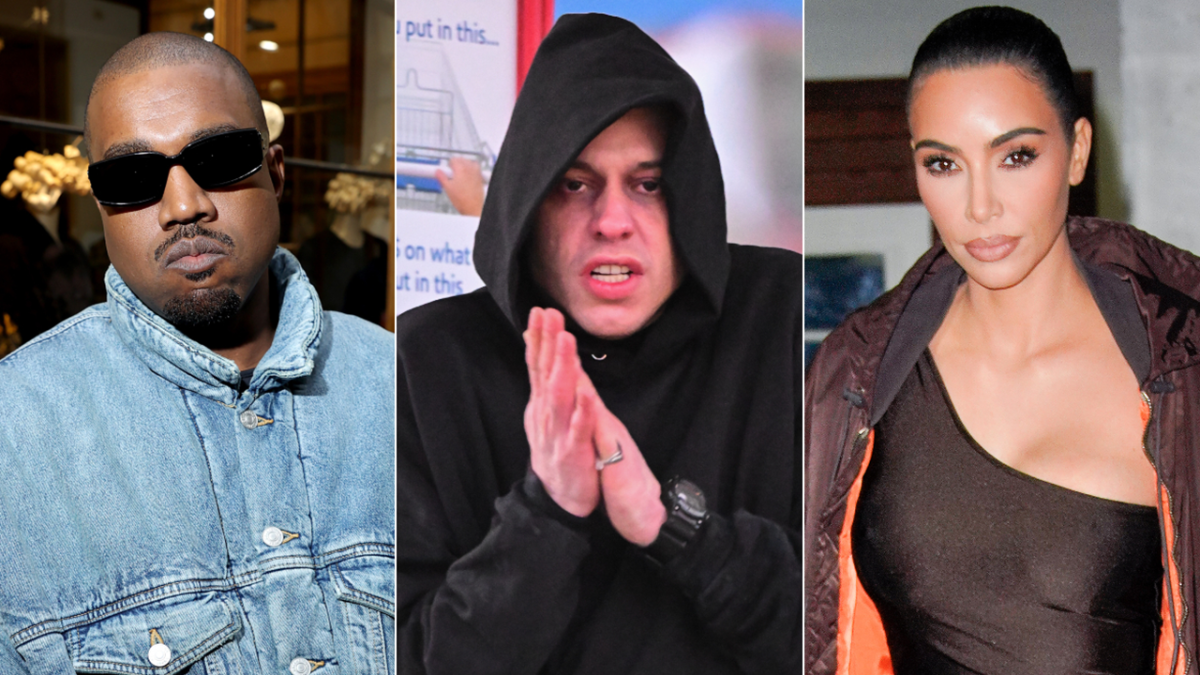 It appears Kanye West’s feud with Pete Davidson sees no end in sight.

On Thursday, the “All of the Lights” emcee, 44, called out the media as well as “SNL” for piling on to banter centered around his mental health in a since-deleted Instagram post.

“Someone always telling you you’re crazy can drive someone crazy,” he began in a lengthy caption going after “liberals” he believes “have tried to discredit me for 20 years.”

Naming a few specific outlets, including “SNL,” which he referred to as “a gang,” the rapper and fashion mogul claimed that collectively the named entities have “tried to minimize bully harass control discredit and patronize me for years” before calling the outlet’s “Godless.”

Just earlier in the day, West once again took to Instagram to defend his social media posts coming after “Saturday Night Live” star Davidson, 28. He called it “payback” while sharing a resurfaced “SNL” clip of the comedian performing a skit while wearing a red MAGA style has altered to read “MAKE KANYE 2006 AGAIN.”

“HI SKETE YOU GOT ANYMORE MENTAL HEALTH JOKES FOR ME?” West wrote in the post’s caption.

West also went on to post another video from the 2018 “Weekend Update” segment that saw Davidson tell West that he should take medication for bipolar disorder.

Davidson has been outspoken about dealing with his own mental health for which he was diagnosed with a borderline personality disorder at age 23.

West reacted to the resurfaced viral clip writing: “This boy thought he could get away with performing this sketch for the team that wrote this for him This is not harassment This is payback.”

In a follow-up Instagram post, West also targeted Lorne Michaels in his diatribe and said the “SNL” executive producer had some choice words coming to him as well.

“Next up,” he wrote alongside Michaels’ Wikipedia bio.

Davidson has been on the receiving end of West’s wrath on social media since he began dating West’s estranged wife, Kim Kardashian.

The remarks come in the wake of West being fresh off of a breakup from actress Julia Fox.

Despite the current state of their marriage – which has been stymied in divorce proceedings – West has also professed his love for the 41-year-old founder of Skims while simultaneously exhibiting his disdain for Davidson.

West went to Instagram on Valentine’s Day and shared a screenshot of Kardashian enjoying a date night with Davidson.

The paparazzi snap shows the reality TV star and the comic leaving hand-in-hand from Lilia restaurant in Brooklyn, New York. While Kardashian wore a shimming fringe coat with a silver dress and metallic boots, Davidson kept his look more casual with baggy jeans and a flannel shirt.

“I DON’T HAVE BEEF WITH KIM I LOVE MY FAMILY SO STOP THAT NARRATIVE IM NOT GIVING UP ON MY FAMILY,” West began his post. “I BOUGHT THIS COAT FOR KIM BEFORE SNL I THOUGHT IT WAS PARTICULARLY SPECIAL I HAVE FAITH THAT WE’LL BE BACK TOGETHER I NEVER HAD ANYTHING AGAINST DAILYMAIL I GOT LOVE FOR EVERYONE IN THE MEDIA AND I WISH YOU ALL THE HAPPINESS IN THE WORLD.”

“I SPEAK DIRECTLY TO THE MEDIA OUTLETS THE SAME WAY A BALL PLAYER SPEAKS TO THE REFS THE WORLD IS OUR COURT LIKE A BASKETBALL COURT AND THE COURT OF PUBLIC OPINION WE HAVE A PUBLIC FIGURE RELATIONSHIP BECAUSE WE ARE PUBLICS SO TO THE PUBLIC AND TO THE PRESS,” West shared. “SOMETIMES PEOPLE CALL ME CRAZY BUT TO BE IN LOVE IS TO BE CRAZY ABOUT SOMETHING AND I AM CRAZY ABOUT MY FAMILY HAPPY VALENTINES.”

In a separate post, West shared a screenshot of a comment that read: “That’s what a real man does; fight for your family Ye.”

A rep for Michaels did not immediately respond to Fox News Digital’s request for comment.