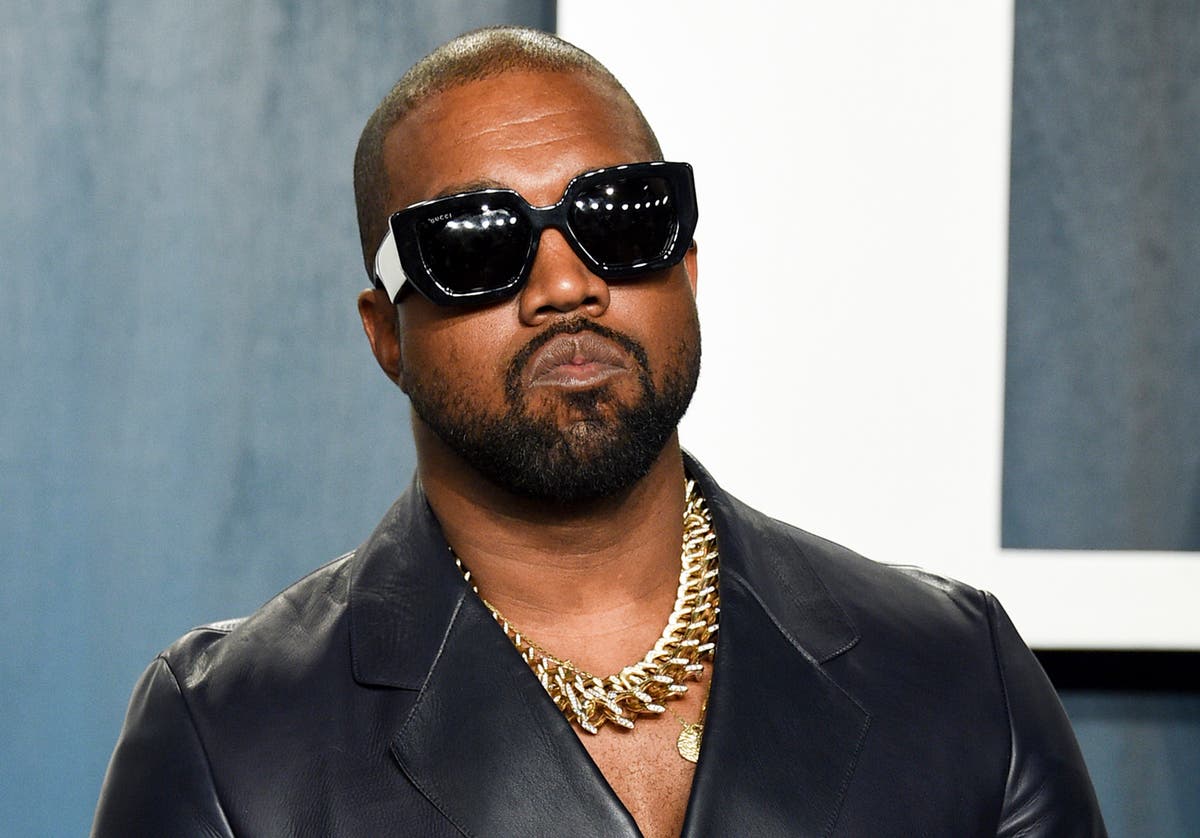 Late Saturday night, the rapper, now known as Ye, sent a tweet that said he would soon go “death con 3 on JEWISH PEOPLE,” according to internet archive records. That’s an apparent reference to the US military readiness condition scale known as DEFCON.

He then alleged that he wasn’t “Anti Semitic because black people are actually Jew.”

The tweet was removed by Twitter and replaced with text that said it violated Twitter’s rules, linking back to the company’s platform use guidelines.

Over the weekend, West also shared a post on Instagram that suggested that Sean “Diddy” Combs was being controlled by Jewish people.

The Anti-Defamation League has labeled West’s behavior and messages over the past week as “deeply troubling, dangerous, and anti-Semitic, period”.

Jimmy Kimmel jokes that his ‘Kanye-themed bar mitzvah is off’

Late-night host Jimmy Kimmel couldn’t resist taking a public swipe at the celebrity who is, once again, dominating the headlines for his latest social media tirade.

On Monday night, after wrapping a bit about the country not being too keen to observe Columbus Day holiday – “there’s not even a Google doodle” for it, he jibed – the ABC host turned his attention to the “future president”.

Kanye West, he deadpanned, has been “Ye-zier than ever” Mr Kimmel began, before quipping that, “even Mel Gibson is like, reel it in, buddy.”

He explained how the rapper had accused Sean “Diddy” Combs in a text exchange he posted online of being controlled by Jewish people, to which the late-night host then defeatedly responded by saying: “I guess my Kanye-themed bar mitzvah is off !”

After the fashion show, she even posted pictures of her outfit, which has been widely criticised, on her Instagram story

And she added: “It’s like you cannot even say the word ‘Jewish’ without people getting upset.”

Real Housewives star Bethenny Frankel took to Instagram on Monday to voice her opinion about the fallout from Kanye West’s social media posts, which have triggered a flurry of condemnation from Hollywood to Washington, DC.

“We make them billionaires. We buy the products. We feed the beast. We can’t feed the beast and then wonder why the beast is taking over,” she quipped, referring to both West’s and Kardashian’s billion-dollar business ventures.

“That’s how the wrong people get into politics. We feed the beast. It’s up to us,” she said, before adding that: “We wouldn’t even hear what they say if we didn’t make them so powerful.”

ICYMI: Rapper’s recent social media tirade caused an uproar, with many calling for the social media giants to ‘permanently ban’ him from the platforms.

Inga Parkel has the story.

Rapper’s recent social media tirade caused an uproar, with many calling for the social media giants to ‘permanently ban’ him from the platforms

Earlier, Ms Ocasio-Cortez had taken to Twitter to criticize the rapper’s remarks, calling them “hateful and dangerous”.

The New York congresswoman wrote: “There is absolutely no room in this country or world for anti-Semitism.”

Responding to her criticism, Texas Senator Ted Cruz, who frequently locks horns with Ms Ocasio-Cortez, wrote on Monday: “So you’ll be voting to censor the Squad?”

Read the full story from The Independent here:

‘So you’ll be voting to censor the Squad’

ICYMI: Indiana Attorney General Todd Rokita was taken to task for comments he made on Twitter on Sunday, where he appeared to defend Kanye West who he viewed as being the latest victim of a cancel culture gone awry.

“The constant hypocrisy from the media is at an all-time high. They have now gone after Kanye for his new fashion line, his independent thinking, & for having opposing thoughts from the norm of Hollywood,” tweeted the Mr Rokita on Sunday.

He later followed up that tweet in a thread and clarified that his post was in reference to Mr West’s comments about “Hollywood elite” and had nothing to do with the comments the rapper made on Saturday night that got him locked out of Twitter.

“My post was specifically and clearly aimed at the hypocrisy of the media and Hollywood elites, not anything to do with other comments. I have an obvious, clear and substantial Congressional and public record of being 100% supportive of the Jewish community and Israel,” he tweeted in a follow-up message.

Beneath Mr Rokita’s thread, however, many online began questioning the timing of the attorney general’s message of support for West, who had only hours earlier been locked from the platform for his comments.

“You came to Kanye’s defense immediately after he made anti-Semitic remarks — this isn’t complicated,” tweeted Marc Bodnick, while reporter Marisa Kabas tweeted: “hi todd! jew here. can you tell me how extreme antisemitism equals “independent thinking”?”

New York Times reporter Maggie Haberman quote tweeted the attorney general and expressed her disdain at the chief legal advisor’s remarks, writing: “Regardless of what motivates Kanye West, an attorney general defending someone for a lengthy public attack on Jews is a new dimension to 2022.”

Around the 10-minute mark, footage showed West, who legally changed his name to Ye, sitting down with Adidas executives on black stools inside an empty room.

Everyone’s faces were blurred out except for Ye’s.

In the clip, the rapper can be seen holding his phone horizontally in front of the executives while a video is played.

Ye continued showing the video to the executives until one of them stopped him, saying: “Come on, man. Come on.”

ICYMI: Hollywood actors began pushing back against Kanye West’s comments over the weekend, with some taking to their own social media accounts to share how the famed rapper’s words carry meaning and can “hurt” people and potentially even “incite violence”.

“The holiest day in Judaism was last week. Words matter. A threat to Jewish people ended once in a genocide. Your words hurt and incite violence. You are a father. Please stop,” tweeted American actor Jamie Lee Curtis on Sunday.

Comedian Sarah Silverman called out those in Hollywood outside of the Jewish community who they viewed were staying “silent” on West’s messages, writing: “Kanye threatened the Jews yesterday on twitter and it’s not even trending. Why do mostly only Jews speak up against Jewish hate? The silence is so loud.”

West had posted an old photo of himself and the Facebook founder on Twitter with a caption that asked: “How you gone kick me off instagram.”

ICYMI: Kanye West released a 30-minute documentary on Monday morning, which shows his behind-the-scenes business dealings with Adidas executives, teases the release of new music and shows unaired footage of the rapper with his family.

In some of the clips, Ye, formerly known as Kanye West, can be seen in tense business meetings with executives and managers at Adidas about his new clothing line with the fashion label.

Another clip shows West derailing a meeting he took with two executives at Adidas, where he appears to screen a pornographic video for the pair. The executive, who isn’t identified, attempts to maintain control of the meeting, and can he heard saying to West: “Come on.”

In a final clip, West shows an intimate family moment with his daughter North West where he is seen attending one of her basketball games.

A clip in the 30-minute film also shows the entrepreneur speaking with someone on the phone where he appears to be having conversations about brand management.

“It’s time for me to shut the f*** up for the first time, do exactly what everybody’s wanted me to do for the longest.”