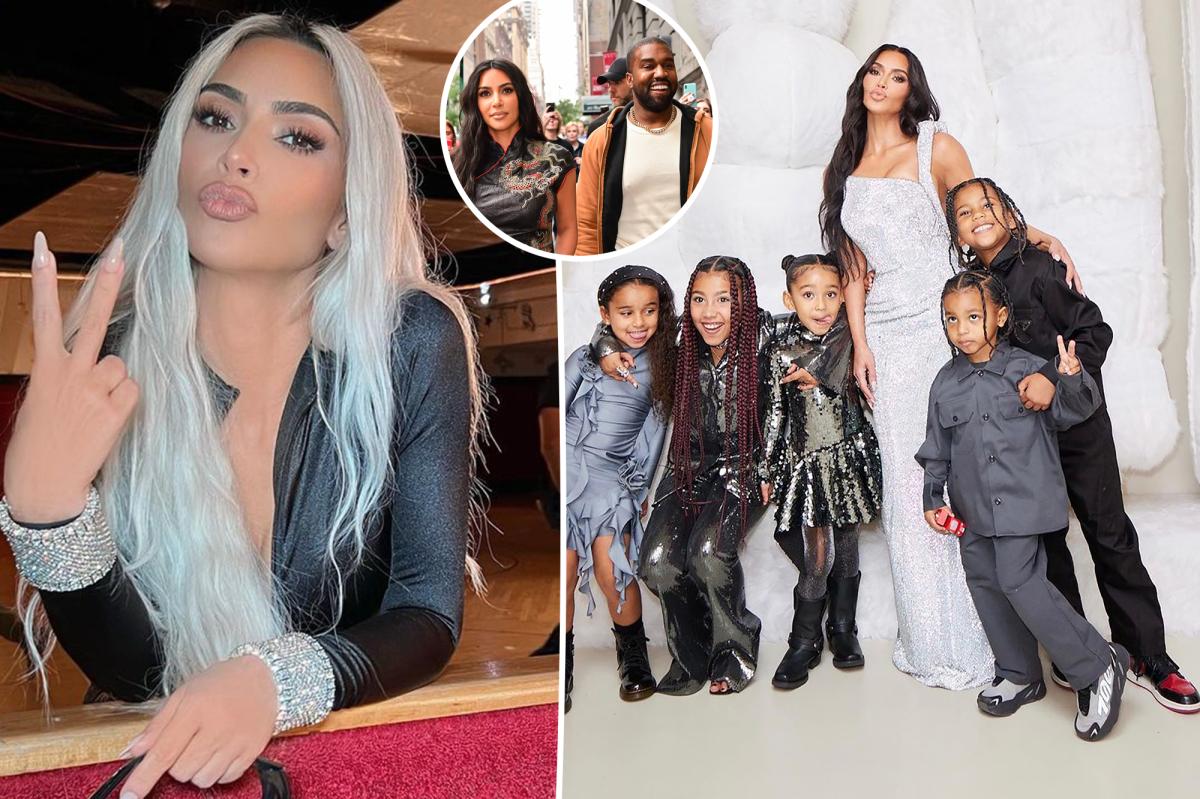 Babies on the brain?

Kim Kardashian is not ruling out having more children after her divorce from Kanye West.

The reality star, who shares North, 9, Saint, 7, Chicago, 4, and Psalm, 3, with the Grammy winner, told Gwyneth Paltrow on a “Goop” podcast episode Tuesday that she will “never say never” to a fifth child.

“I’m obviously right at the end of that conversation,” the “Keeping Up With the Kardashians” alum, 42, noted. “I would have to have someone in my life for a while in order to make that decision.

“So, whatever’s meant to be will be,” she continued.

When Paltrow recommended egg freezing, the makeup mogul replied, “I think embryos are the best way to go.”

The “Kardashians” star’s admission came eight months after she was hinted during an “Access” interview that she sees herself having as many children as mom Kris Jenner, who has six kids.

The Hulu personality was dating Pete Davidson at the time, but the former couple have since called it quits.

Kardashian told Paltrow on Tuesday that she wants to spend “a few years” single before getting back into a serious romances.

The businesswoman, who has been married three times, went on to reflect on her past relationships.

“I feel, honestly, [that] my last marriage was my first real [one],” Kardashian said of West before dissing her short-lived marriages to Damon Thomas and Kris Humphries in 2000 and 2011, respectively.

“The first one, I just don’t know what was happening,” the Skims creator explained. “The second one, I felt like I wanted to be married so badly because all my friends were at that place and that’s where I should have been.”

While she “definitely” wants to get married again, Kardashian insisted that she is “happy to take [her] time” and “soak up every minute of” her current “solo mission.”

The KKW Beauty creator said the same on an episode of the “Angie Martinez IRL” podcast Monday, gushing that she was “at peace and … gonna have fun until” finding her “forever partner.”

Kardashian expressed concern that her future significant others will be “scared” of West, admitting, “I don’t have the easiest ex. … I don’t think that’s fair for me to ever put someone in a situation or bring a new person in who could be super innocent.”