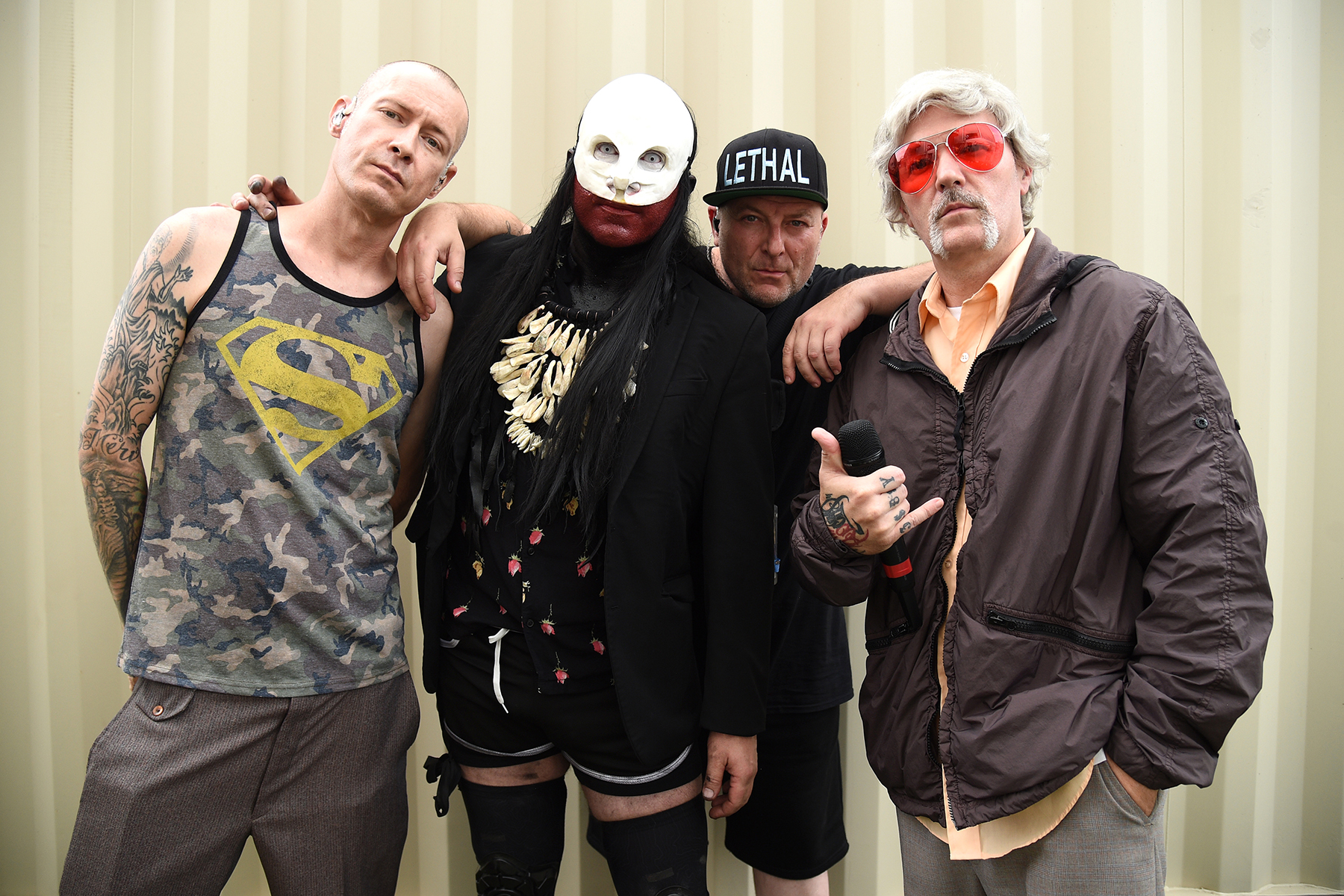 It’s been so long since Limp Bizkit hit the road for a tour that they forgot how to announce one. On Wednesday, Limp Bizkit shared a video with Rolling Stone about their Still Sucks Tour, which starts April 28, but they only sent us a Dropbox link so we can’t share it. Allow us to describe it instead.

“OK, so like this is what Limp Bizkit looks like when they play live, so —” says Wes Borland, sporting a mid-life-crisis-dad-at-the-beach-with-his-kid-who-doesn’ t-want-to-be-there look. “You mean the promoter would cut the video away and put live footage in?” Fred Durst enthusiastically responds — in a wannabe former cholo ‘fit — as the video literally shows clips of their performances. (Just imagine it.)

“What an outstanding performance. Camera moves in and out. Boom! There you go,” adds Borland. Then, the group’s logo comes on the screen before Durst cues the videomakers to “probably add music in, like, from the band,” before the words “Still Sucks Tour 2022” flash on the screen.

The tour is in promotion of their album hush sucks, which they dropped late last year. The LP featured the single “Dad Vibes,” made for “anyone who has found themselves descending frosted-tips-first into a pit of melancholy” when hearing the band’s music. At least that’s how my editor described it.

The group posted about the tour on Instagram, but not Facebook. So if your dad likes the “Break Stuff” and “Take a Look Around” rap-rock band, give him a heads up.

Band Wargasm UK is joining them for the tour’s entirety, while $not and Scowl will open for the first 10 tour dates. Then, Yung Gravy and Dying Wish will play through their Colorado stop. For the last three shows, they’ll only be joined by Dying Wish and Wargasm UK

Tickets go on sale on Friday at 10 AM.