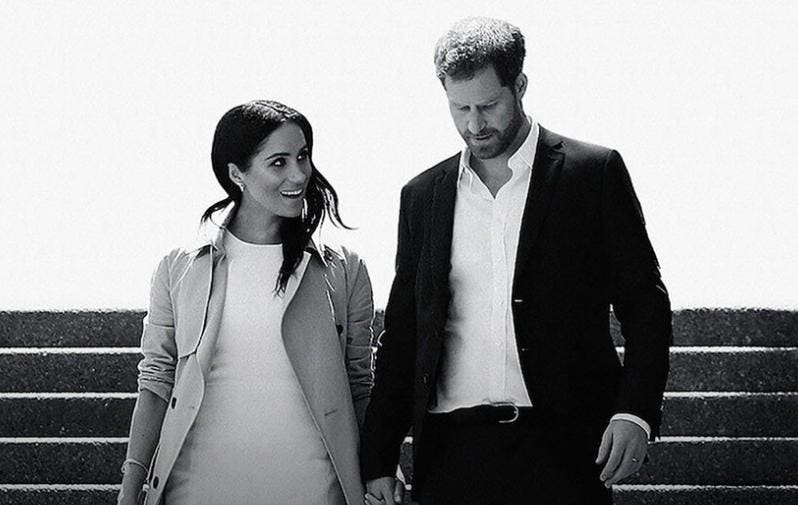 While The Crown has been a megahit for Netflix across five seasons now, a new venture into “Reality Royalty” has not gone nearly as smoothly.

One project Prince Harry and Duchess Meghan Markle took on after their departure from England and the Royal Family was to sign a deal with Netflix, and now one of the results of that partnership, a short docuseries called Harry & Meghan, has now aired.

While briefly dethroning megahit Wednesday for the number one spot on Netflix, the show quickly slipped back under it. And the three hour premiere has been a bit…roasted by critics and fans alike, and what seemed like it could be a positive PR moment for Harry and Meghan seems to have perhaps backfired as the series seems too much like…an attempt at a positive PR moment.

Critics have scored the show at a 50% on Rotten Tomatoes, below most other series currently making up Netflix’s top 10 list. It’s described as “bland,” “unquestioned self-promotion” and features things “that definitely do not add up” according to some of the critics.

But the audience scores? That’s where things are getting really nasty. The show has just a 12% on Rotten Tomatoes from several thousand audience reviews, one of the lower scores I can remember seeing for really any series on Netflix.

Reading the reviews, a lot of it comes from defenders of the Royal Family who think that this is “disrespectful” to release a show like this so close to the death of the Queen. Everyone else is lambasting the couple as being self-indulgent, whining, narcissistic, etc. I even saw a death threat or two in there.

The overall gist of the show is that it isn’t presenting all that much new information, but it’s a straight retelling of old conflicts, between Harry and Meghan and the Royal Family, and also between them and the British tabloid press and paparazzi who have it out for them. Even if you may be on their “side” in all this, the general thought is that the presentation here is lacking, and the existence of the show feels like a very calculated PR campaign to present a specific narrative rather than a show that needed to exist because it’s genuinely interesting in some way.

I suppose drowning in hate from angry viewers in some ways only reinforces the persecution narrative being presented by the pair in the show, but if there were two choices between making and not making this series in the first place, it feels like perhaps they made the wrong call, and this is only making things worse.

Updated (12/14): Well, some positive news for Harry & Meghan, the show is apparently Netflix’s biggest documentary debut ever in terms of viewership. The show had 81.55 million viewing hours after its debut on Thursday, Netflix said. More than 28 million households watched at least part of the series, apparently, and keep in mind this is only part one. There are three more episodes arriving on Thursday, December 15, completing the series.

good news Well, it shows people are certainly interested to see what the series is about. The idea of ​​this whole project was giving them an audience to address “in their own words” their relationship and recent controversies, though I am reminded of those royal family interviews in the press over the decades which had varying boosts or declines in how favorably people viewed them. Getting your own Netflix special sort of feels like the modern day version of that.

More reviews have come in and scores just keep dropping, with critic reviews down to 45% on Rotten Tomatoes, and audience scores remaining a dismal 12% with almost 3,500 reviews in now. If this is “haters” bombing the series, as it appears to be, there do not seem to be enough Harry and Meghan defenders to combat them.

Whatever the case, if Harry and Meghan wanted a large audience to hear what they had to say, they got it. Though it remains to be seen whether this will help or hurt their public image among the millions who watch.

Pick up my sci-fi novels the Herokiller series other The Earthborn Trilogy.