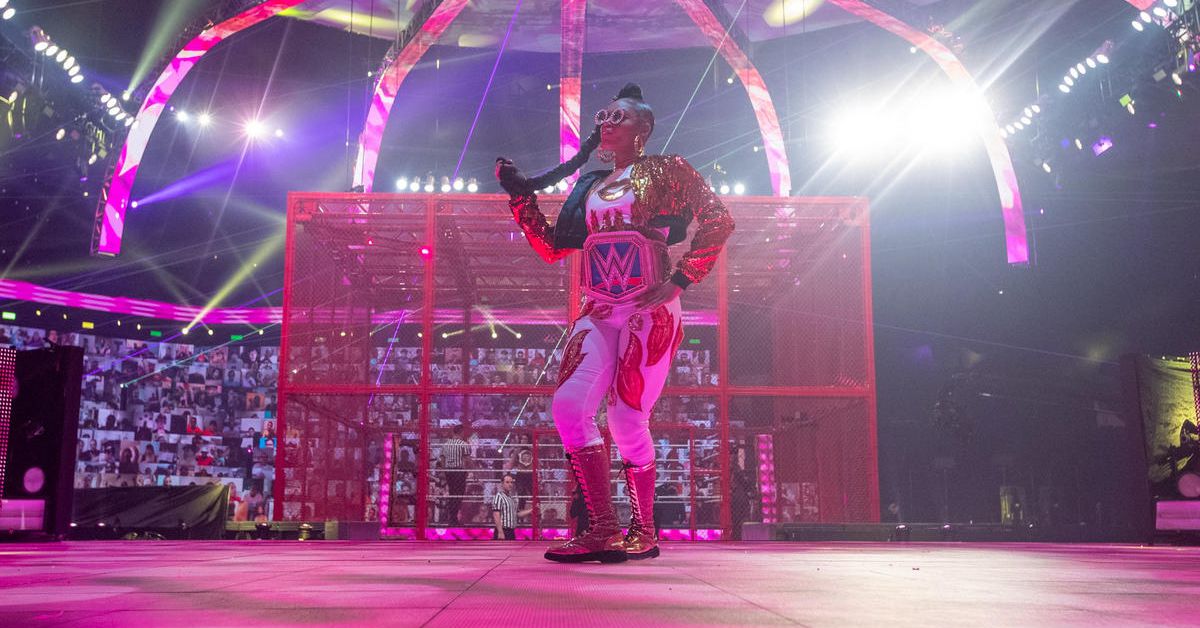 It’s one thing to predict the winners and losers at Hell in a Cell 2022but how about taking a guess at the match order for the event?

Hell in a Cell takes place tomorrow night (Sun., June 5) near Chicago, Illinois, with the main card beginning at 8 pm ET on Peacock.

WWE has announced seven different segments for the main card of this event. Here is my subjective view of how important each of these seven segments rank, ordered from most important to least important.

The two potential main event matches are Rhodes vs. Rollins inside Hell in a Cell, or Belair’s defense of the Raw women’s championship. The women’s title story has main evented several recent episodes of Raw, but in some ways Belair’s triple threat match feels like it’s there to delay a singles rematch with Lynch. The cell gimmick is a bigger deal than the title on this card, so I’m putting Rhodes in the main event.

The opening match of the night is usually one of the mid-level attractions with good work rate that doesn’t require a dedicated video package ahead of time to hype it up.

Theory vs Ali is a high work rate match that could potentially open a card, but the build behind the match is terrible. Omos should never open a PPV. The matches with Owens and Corbin aren’t great fits for that spot either. I guess that means I’m opening Hell in a Cell with The Judgment Day.

That gives me the following card:

One of the least important matches of the night typically ends up in Segment 2. In this case I’m choosing the worst work rate match, which means Omos.

The middle of the card is too thin to save Belair for Segment 6. I’ll put her in Segment 5 instead.

Madcap’s match has the No Holds Barred gimmick, which means it will probably get more time than is normally expected from a Moss vs. Corbin match. I’ll put it in Segment 4. The No Holds Barred and Raw women’s championship matches going back-to-back in Segments 4 and 5 will serve as the anchor of the middle of this card.

That leaves Owens and Theory in segments 3 and 6, in some order. I’ll put the higher work rate match (Ali) in segment 3 to cleanse the palate following Omos. Owens vs. Ezekiel is more about the character work than the actual match in the ring, so I think it’s fine to sandwich them between the top two matches near the end of the card, in segment 6.

So here is my final prediction for the match order at Hell in a Cellalong with guesses on the bell-to-bell match times:

That’s my prediction for the match order at Hell in a Cell. What’s yours?