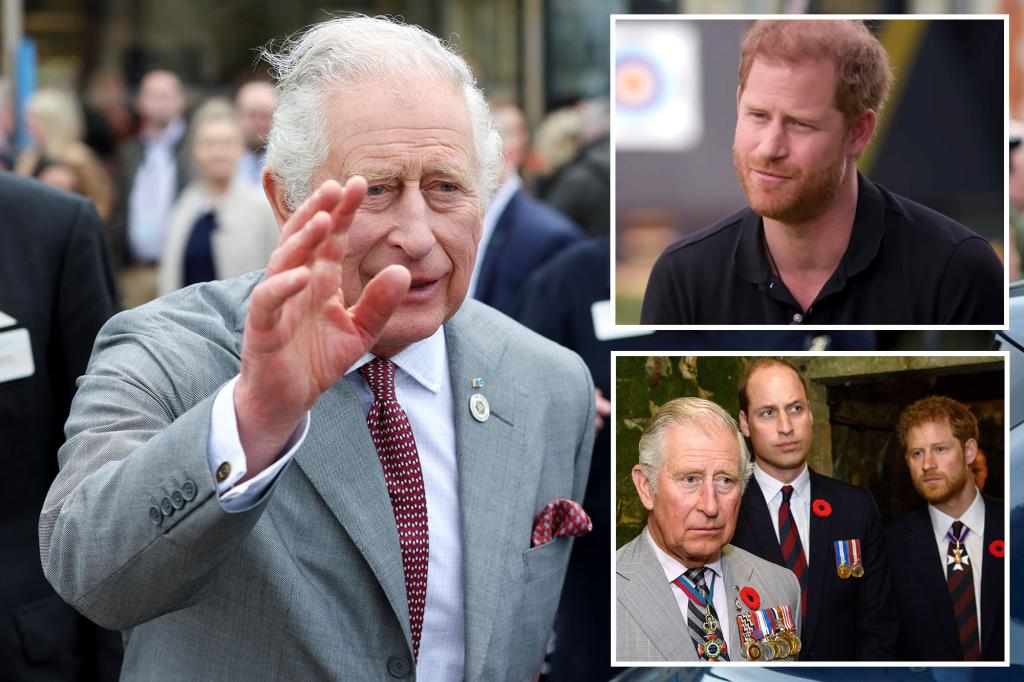 Prince Charles is at the end of his rope with Prince Harry and was reluctant to meet with his estranged son in a secret meeting last week, a royal family expert claimed.

Charles had a brief private meeting with Harry and wife Meghan Markle at Windsor Castle, as the California transplants stopped by the UK on their way to the Hague for the Invictus Games.

“Charles was not particularly happy about doing it as far as I was aware,” author and journalist Robert Jobson said during an appearance on GB News in the UK on Thursday. “They only Agreed to do the meeting if nothing what Said about him whatsoever on American TV.”

And Harry, who has been on the outs with his dad since he left his royal duties two years ago, showed up to the meeting late, Jobson told GB host Dan Wootton.

“The Prince of Wales has reached the end of his tether, they haven’t been in contact, and I think if he’d started blurting about that meeting, I think that would be the end of it for him and Harry,” said Jobson, who has written several books on the British royals.

Harry appeared in an interview with Hoda Kotb on “Today” days after the covert meeting, saying he was focused on making sure his grandmother, Queen Elizabeth II, was “protected” and has “the right people around her.”

He also said he had a special relationship with the Queen, who turned 96 on Thursday, telling Kotb they talk about things “she can’t talk about with anybody else.”

The comments reportedly raised eyebrows among insiders — as did Harry’s dodge where he avoided saying whether he misses Charles and brother Prince William.

“He looked quite awkward whenever questions came up about his father and his brother,” Jobson said.

“I think Prince Charles, in this one, has probably thought if my name is brought into this, if these conversations are out in public where there’s no aides present there’s no courtiers present then I’m not putting up with it — he’s drinking at the Last Chance Saloon.”

Harry has dished about life as a royal in several high-profile interviews, and has clashed with the British government about the lack of security provided when his family visits the UK.