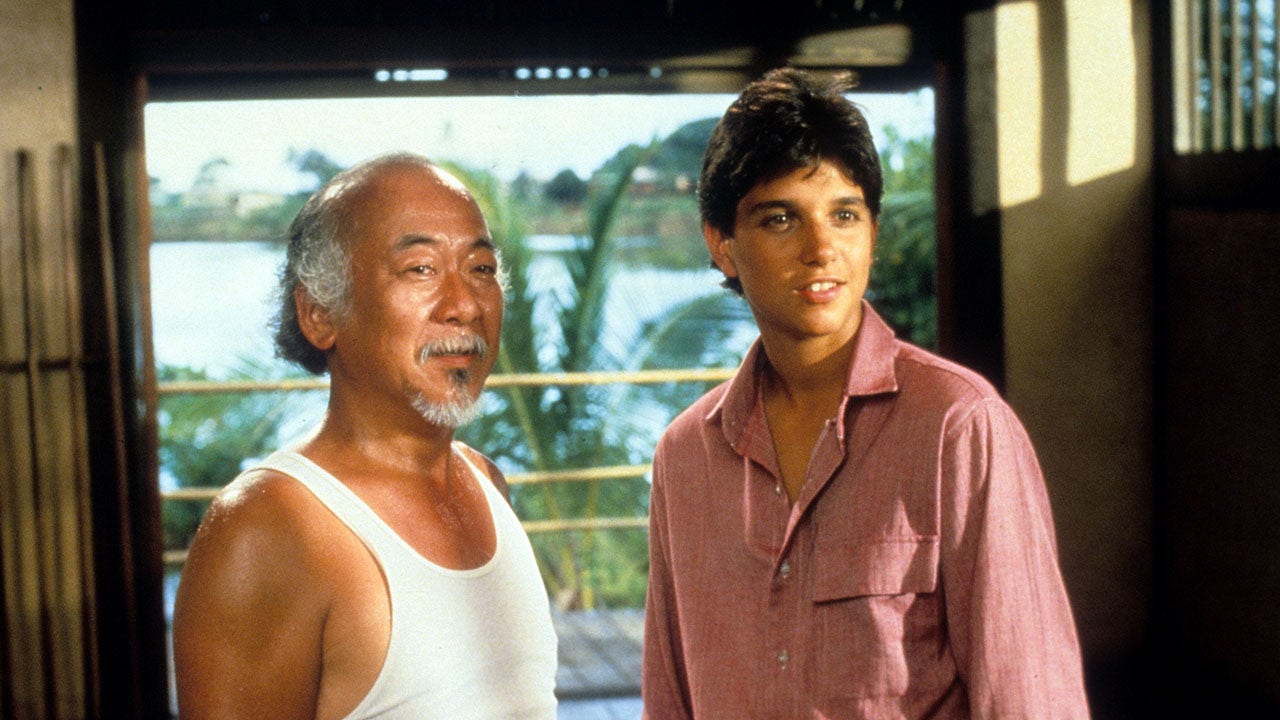 Responding to recent criticism that 1984’s “Karate Kid” was “too White” and didn’t delve into the Japanese cultural aspects of the discipline enough, the film’s star Ralph Macchio last week called the coming-of-age story “ahead of its time .”

“People have said it’s a very White cast, that it didn’t dive into the Asian story,” Macchio, 60, told Stellar Magazine. “But I always say this: The film was ahead of its time because it was a popcorn movie that talked about Japanese internment camps during World War II.”

The former child actor, who is promoting his new memoir “Waxing On: The Karate Kid and Me,” added that late co-star Noriyuki “Pat” Morita had said he earned his Academy Award nomination for the movie because of the scene in which it’s revealed he lost his wife and son in one of the camps.

“Pat himself spent two years in the camps,” Macchio explained. “So it had double meaning and some depth.”

Pat Morita and Ralph Macchio in a scene from the film ‘The Karate Kid’, 1984.
(Photo by Columbia Pictures/Getty Images)

Macchio said the Oscar-worthy scene was almost cut from the film for length but it was saved by fans.

“The studio’s main concern was that with the movie running over two hours, they would lose a daily screening time, and essentially, money in the process,” he said. “They all shut up once we screened it for them with an audience.”

Actor Ralph Macchio speaks during a memorial service for Pat Morita, his co-star in the movie “The Karate Kid”, at the Palm Mortuary & Memorial Park November 30, 2005 in Las Vegas, Nevada. Morita, nominated for an Academy Award for his role in the movie, died at age 73.
((Photo by Ethan Miller/Getty Images))

The powerful scene midway through the movie shows the always sober Mr. Miyagi drunk and desperately emotional as he struggles to deal with the memories of his wife and son on his anniversary. Macchio’s character, who puts his sensei to bed after he passes out, finds out that Miyagi’s wife and son died in childbirth in 1944.

And while the first “Karate Kid” took place in California, the second one in 1986 revolved around Macchio’s character Daniel spending time with his sensei in his childhood home of Okinawa.

Macchio, who wasn’t involved with the Will Smith remake of the film in 2008, currently stars in the show “Cobra Kai” in which he plays Daniel as an adult.