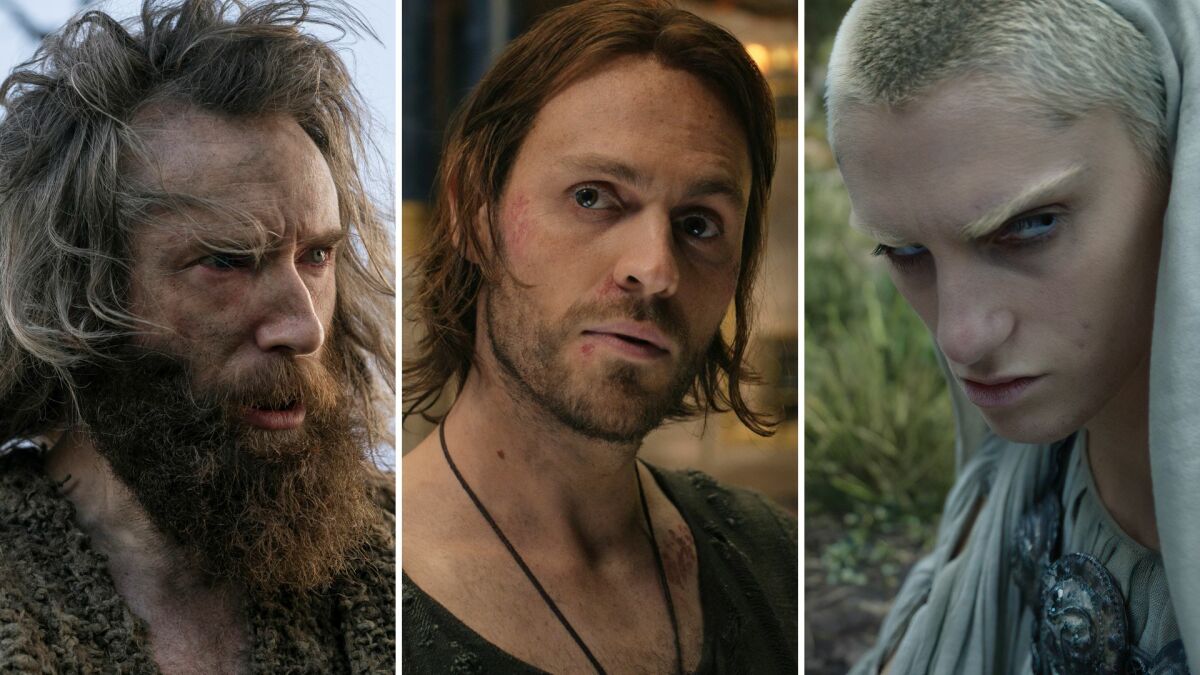 Rings of Power fans, it’s time. Sound the alarms, light the beacons, and get your fan theories ready, because we finally know who Sauron is.

The Dark Lord unveiled himself in dramatic fashion in the Season 1 finale of The Lord of the Rings: The Rings of Powerwhich reveals that Middle-earth’s Big Bad has been disguising himself as none other than Halbrand (Charlie Vickers) this whole time.

Whether you were blindsided by the reveal or had Halbrand pegged as Sauron from the start, we can all agree that Sauron’s resurgence — and his actions in the finale — will have a major impact on The Rings of Power going forward.

‘The Lord of the Rings: The Rings of Power’ doesn’t outright tell us who the Stranger is — but we have a good guess

How do we find out that Halbrand is Sauron? 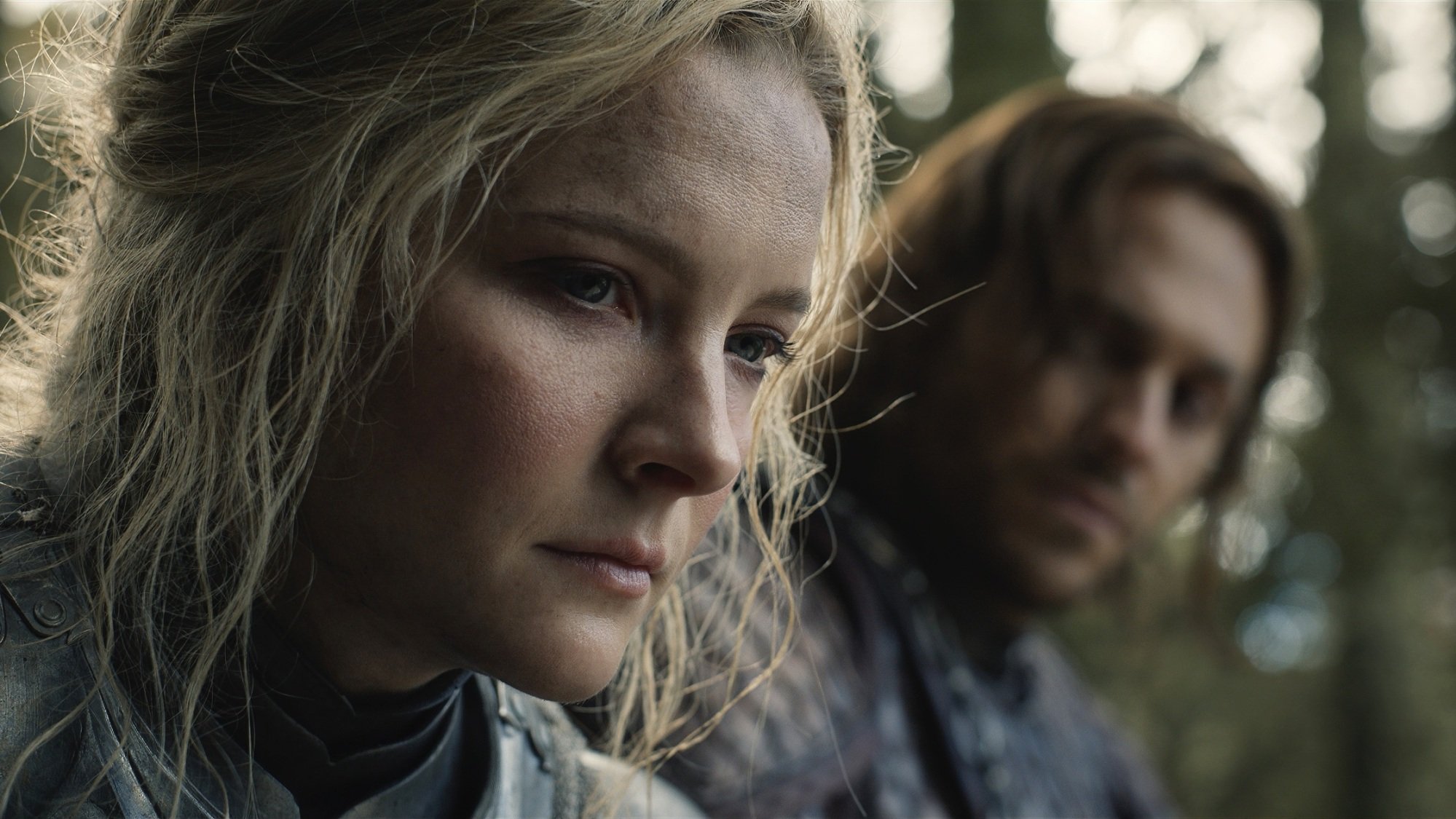 Halbrand has spent this whole season being allies with Galadriel (Morfydd Clark). So what changes in the finale to make her see the light? (Or rather, the darkness?)

For starters, she brings him to Eregion, where he meets other elves like Elrond (Robert Aramayo) and master smith Celebrimbor (Charles Edwards). Halbrand takes an immediate interest in Celebrimbor’s last-ditch smithing project: using what little mithril the elves have to create a crown that will preserve the light of the elves and stop them from fading. Halbrand charms Celebrimbor, complimenting his legendary skills, then offers a solution. If even a small amount of mithril were combined with other ores, its powers could be amplified.

At a later meeting between the elves, Galadriel notices that Celebrimbor is behaving strangely. Not only is he getting snappy with High King Gil-galad (Benjamin Walker), he’s also describing the crown in a mighty sinister way. According to him, the crown would grant the bearer power over flesh and the power of the Unseen World. Sound familiar? That’s because these are the exact words Adar (Joseph Mawle) used to describe the power Sauron sought after Morgoth fell.

Galadriel realizes that Celebrimbor only started talking this way nach speaking with Halbrand, and she’s quick to put two and two together. Her suspicions are confirmed when a scroll from Eregion’s archives reveals that there truly is no King of the Southlands. The line was broken thousands of years ago, meaning one thing: Halbrand is a liar!

10 burning questions we have after ‘The Lord of the Rings: The Rings of Power’ finale

Except he isn’t (apart from the whole “lying by omission” thing). As Halbrand points out when Galadriel confronts him, he never outright stated that that he was the king — only that he stole the king’s symbol from a dead man. It was Galadriel who pushed him to take up the mantle of king, Galadriel who dragged him to Middle-earth, Galadriel who introduced him to Celebrimbor. She even told him to be rid of any evil he may have committed before they met, effectively completing her worst enemy.

The effects Halbrand-Sauron will have on Galadriel’s character arc will no doubt be fascinating. The revelation is a huge blow to her. She’s dedicated her life to killing Sauron, but in her dogged quest to rid Middle-earth of darkness, she did what she feared most: She brought Sauron back. How will she be able to trust herself moving forward? How will she regain the trust of people like Elrond, who clearly senses that something is up with her? The possibilities for angst are overwhelming, and I can’t wait to see how Galadriel grows from this and tries to fix her considerable mistake.

As surprised as Galadriel may have been to discover that her closest ally was actually her worst enemy, The Rings of Power gives us several hints along the way that Halbrand is Sauron. For starters, his first words are literally, “looks can be deceiving,” which is shapeshifting Sauron’s main tactic for manipulation. He is also a strong and violent fighter, as seen in his brawl on Númenor; he loves smithing; and he has beef with Adar, who claimed he killed Sauron. Really, the only thing that derails the Halbrand-Sauron theory is the fact that Halbrand is a new character, and that Sauron’s journey in JRR Tolkien’s books is completely different.

how is The Rings of Power‘s Sauron different from JRR Tolkien’s work? 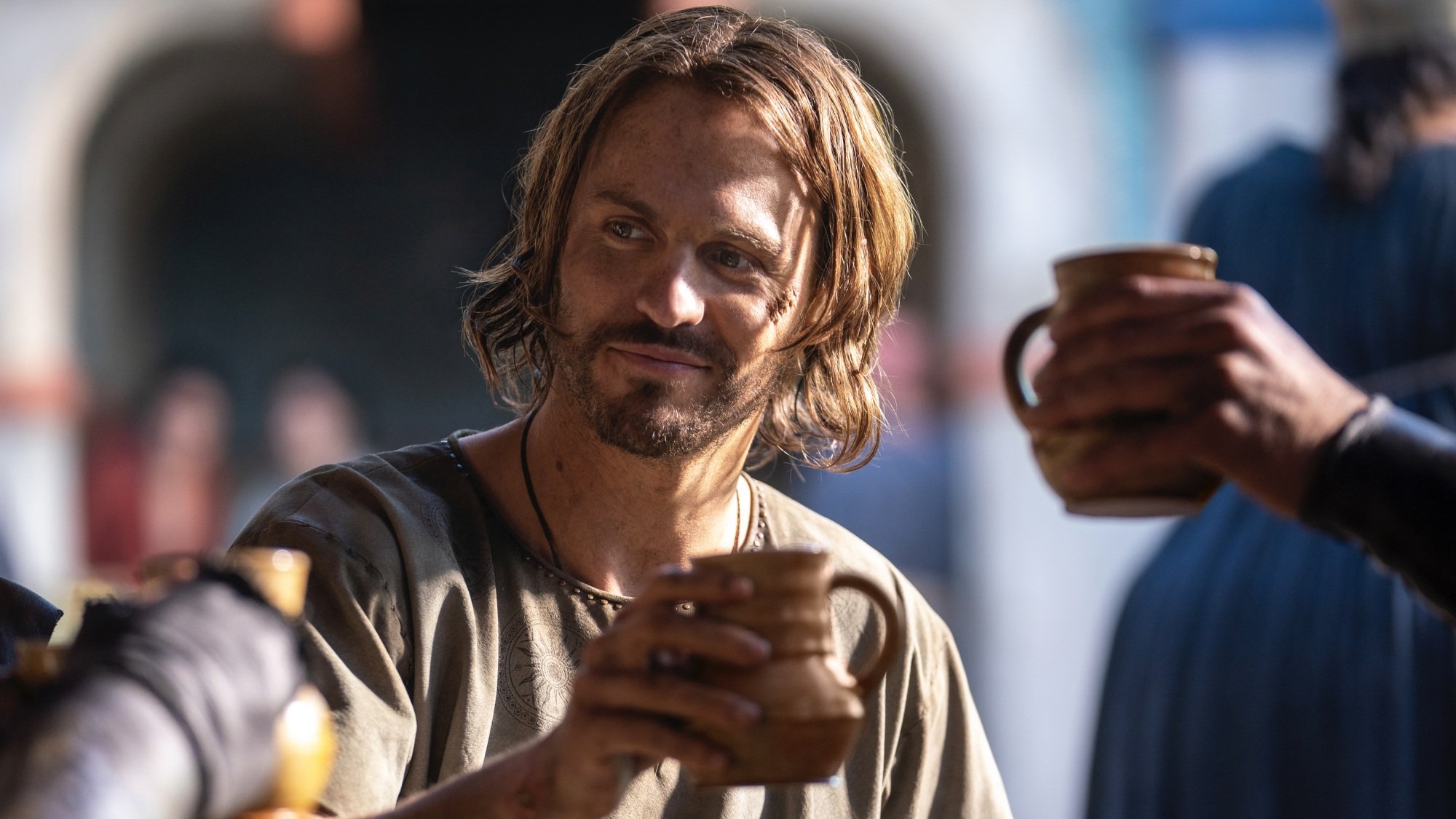 Halbrand doesn’t exist in Tolkien’s legendarium, but Sauron most certainly does. In The Silmarillion, he gains control of Mordor and then gets to work swaying Middle-earth to his side. The easiest people to deceive are the humans, and the hardest are the elves. To win the elves over, Sauron goes to Eregion disguised as Annatar, the Lord of Gifts. He helps Celebrimbor and the other smiths gain an even higher mastery of their crafts, but he leaves once they begin crafting the Rings of Power. The three rings of the elves are made last.

Obviously, this all happens quite differently in The Rings of Power. There is no Annatar; the Three Rings are made first, although they’re originally envisioned as crowns; and Halbrand is only at Eregion for a few days instead of three centuries (the show is operating on a highly condensed timeline, so this isn’t that surprising).

However, The Rings of Power does give a quick, yet meaningful, nod to Annatar in its finale. When he advises Celebrimbor on how to use the mithril, Halbrand says, “call it a gift.” The line is clearly a reference to Annatar’s title of “Lord of Gifts,” especially given the emphasis Vickers puts on it.

A rights issue may be the reason why The Rings of Power could only allude to Annatar instead of portray him directly. Amazon has the rights to The Lord of the Ringsincluding the appendices, and the hobbitbut it does not have the rights to The Silmarillion. Annatar never comes up in The Lord of the Rings or the appendices, so it’s likely showrunners JD Payne and Patrick McKay had to come up with a creative solution to bring Sauron to Eregion. What solution? half border.

As much as Halbrand being Sauron breaks Tolkien’s canon, I am intrigued to see what he will do next. Will he attempt to seduce the dwarves and the humans? Will he return to Númenor to sow more discord? Or will he remain in Mordor and crush his rivalry with Adar? Just like with Galadriel, Sauron’s future is wide open. And based on that final shot of a smiling black-cloaked Sauron hiking towards Mount Doom, I have to say: I’m incredibly excited to see him embrace his villainy.

Season 1 of The Lord of the Rings: The Rings of Power is now streaming on Prime Video.(opens in a new tab)