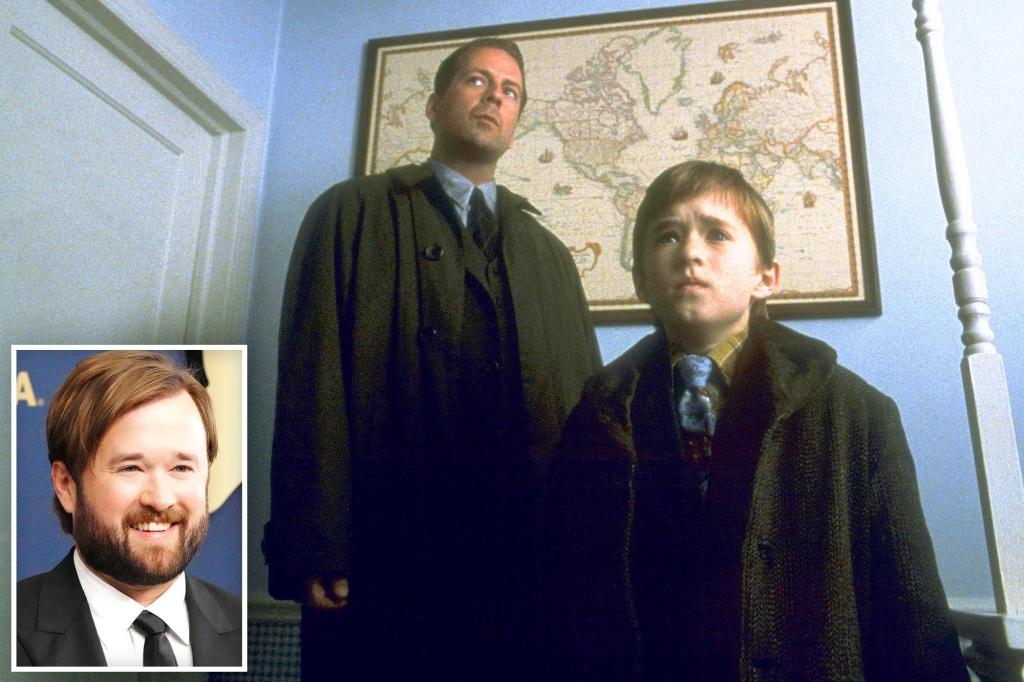 Osment, 33, shared a beautiful tribute to the 67-year-old action legend following news of the latter’s aphasia diagnosis and retirement from Hollywood.

“It’s been difficult to find the right words for someone I’ve always looked up to—first on the big screen, and then by some wild stroke of luck, in person,” Osment wrote alongside a throwback snap of the “Death Becomes Her ” star on social media Thursday.

The “Pay It Forward” star added, “He’s a true legend who has enriched all of our lives with a singular career that spans nearly half a century.”

“I am so grateful for what I got to witness firsthand, and for the enormous body of work he built for us to enjoy for years and years to come,” he continued.

Osment concluded his touching statement by offering more kind words and heartfelt support: ‘”I just wanted to express the respect and deep admiration I have for Bruce and his family as they move forward with the courage and high spirits that have always defined them.”

Osment starred as a disturbed kid named Cole in the 1999 supernatural thriller “Sixth Sense.” Willis portrayed a child psychologist who attempts to help Cole navigate his ability to communicate with dead people.

“All my love and respect to my big brother Bruce Willis. I know his wonderful family is surrounding him with support and strength. He will always be that hero on that poster on my wall as kid,” the “Glass” filmmaker tweeted.

Osment previously discussed with The Post the film’s ever-lasting legacy and his career as a child star. He noted that hearing the drama’s iconic line — “I see dead people” — has become “easier” for him.

“That’s become easier as I’ve gotten older because I don’t look quite the same as I did when that film came out,” he said. “But it’s kinda cool the film has had that long of a life span.”

Willis’ family announced on March 30 that he was diagnosed with the brain disorder and would be stepping back from Hollywood.

“To Bruce’s amazing supporters, as a family we wanted to share that our beloved Bruce has been experiencing some health issues and has recently been diagnosed with aphasia, which is impacting his cognitive abilities,” the “Die Hard” actor’s family said in a statement .

“This is a really challenging time for our family and we are so appreciative of your continued love, compassion and support,” they added. “As Bruce always says, ‘Live it up’ and together we plan to do just that.”