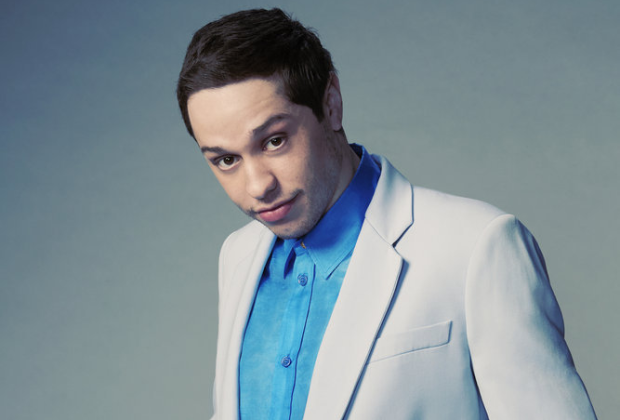 Just hours before its Season 47 finale, Pete Davidson took to Instagram to confirm his upcoming exit from Saturday Night Live.

Alongside a video of him hugging Jerrod Carmichael, Davidson posted an emotional statement (from the account of SNL other King of Staten Island (writer Dave Sirus) about the eight years he spent performing on the late-night sketch series:

Jerrod sent [the video] to me last night and it made me super emotional in the best way. In the video, I had just gotten back from doing my very first update and sketch. It’s crazy to think that today I’ll be doing my last one. When I got the show I was 20 years old and I had no idea what I was doing. I still don’t but especially back then. I wasn’t really a sketch performer, I was just a stand up. I knew I could never keep up or go toe-to-toe with a Kenan Thompson or a Kate McKinnon, so I was super scared at figuring out what I could Possibly bring to or do for such a historic, respected show and platform. I figured since I’m a stand up, I’ll just try my stand up and personal bits on Weekend Update as myself and I’m so glad I did. I got to share so much with this audience and literally grow up in front of your eyes. We were together through the good and the bad, the happiest and the darkest of times. I owe Lorne Michaels and everyone at SNL my life. I’m so grateful and I wouldn’t be here without them. I appreciate you guys always having my back and sticking up for me even when that wasn’t the popular opinion. Thank you for always believing in me and sticking by my side even when it seemed comical. Thank you for teaching me life values, how to grow up and for giving me memories that will last a lifetime. SNL is my home. I’m so happy and sad about tonight’s show. For so many reasons I can’t explain. Can’t wait to be back next year in a Mulaney musical number. — Resident young person Pete Davidson

Davidson joined SNL in 2014 as a featured player before eventually becoming a full-time repertory player. One of the youngest cast members in the show’s history (he was just 20 when he debuted), he became known for his “Weekend Update” appearances and digital shorts. As his star has risen, though his SNL appearances have been less frequent; he was absent from several episodes this season. (His departure was first reported by Variety.)

Are you sad to see Davidson go? Let us know by dropping a comment below.