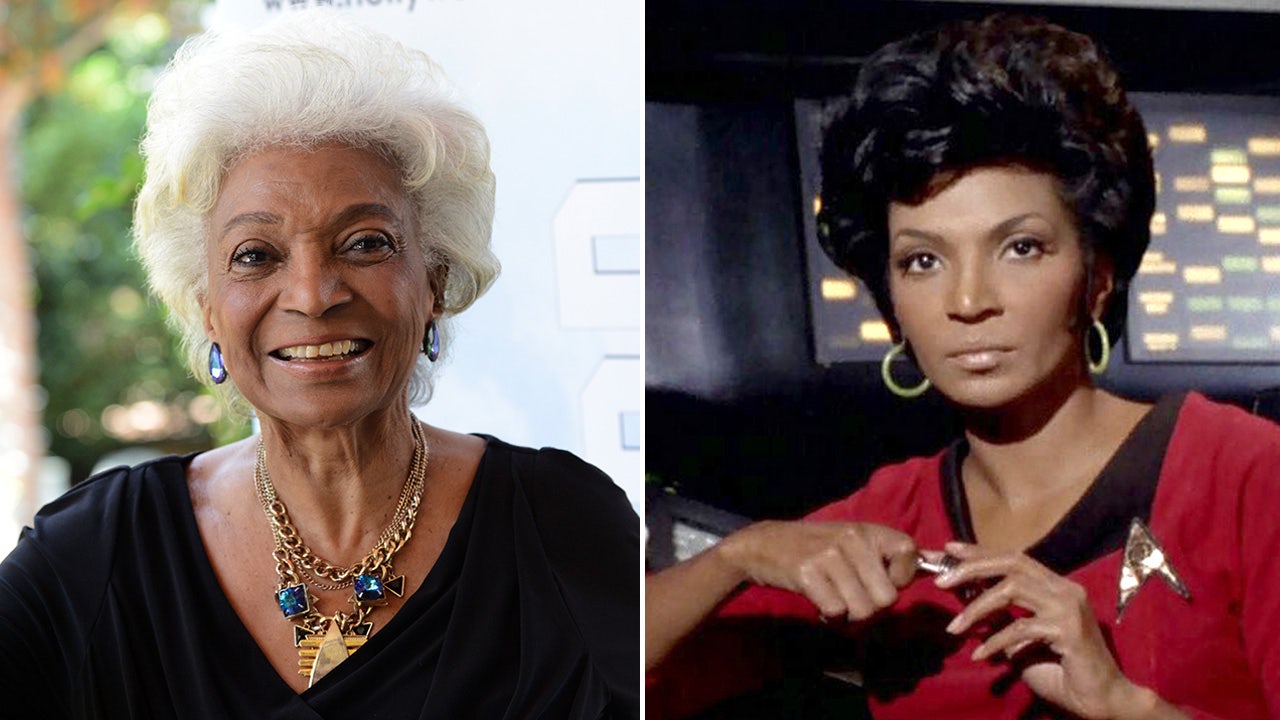 Nichelle Nichols will rest among the stars when her ashes are launched into deep space later this year on an Enterprise Flight with a few of her late “Star Trek” colleagues.

Nichols, who was known for playing the iconic Lieutenant Nyota Uhura on all three seasons of the original show from 1966-1969, died on July 30. She was 89. Thursday, Sept. 8, marks the 56th anniversary of the first episode of the show and is now known as “Star Trek Day.”

Her son, Kyle Johnson, exclusively told Fox News Digital that his mother had been “in pretty good health” before she passed away, and he was “expecting that she would be around a bit longer,” so her sudden death threw him in a bit of turmoil.

Nichols boldly went where few had gone before and broke barriers for Black women in Hollywood, and she was an incredible advocate for space flight programs as NASA’s recruiter-in-chief.

“Star Trek” legend Nichelle Nichols will make a historic final flight aboard the Enterprise as her ashes will be launched into deep space.
(Getty Images)

“As I was thinking about it in the aftermath of arrangements and so forth, what would be essentially family and very close friends service,” Johnson said. “But there’s also her larger base of fans, supporters, those whom she has affected and inspired. I was trying to think of what might be an appropriate way to acknowledge that.”

He recalled an interesting phone call from a scientist that was like a “bolt from the blue room” and an opportunity he knew his mother would not want to miss.

5 AFRICAN-AMERICAN GROUNDBREAKERS IN THE US SPACE PROGRAM

Charles Chafer, Celestis Inc. CEO and co-founder, proposed honoring Nichols in the most unique way by including her remains in a memorial space flight mission aboard the Enterprise Flight.

Johnson said the mere opportunity is “a great honor” for his late trailblazing mother.

“They will include a portion of her remains to go up on the mission and also her DNA along with mine, which I very much appreciate,” he said. “I thought there would be no more fitting and lasting tribute to her than this mission.”

“I thought there would be no more fitting and lasting tribute to her than this mission.”

Launching later this year on board United Launch Alliance’s aptly named Vulcan rocket, Nichols’ remains will also be included with late “Star Trek” creator Gene Roddenberry, who died in 1991, and his deceased wife and “First Lady of ‘Star Trek'” Majel Barrett-Roddenberry, who passed in 2008.

The cremated remains of late “Star Trek” actor James Doohan, who played Montgomery “Scotty” Scott and died in 2005, and visual effects pioneer Douglas Trumbull, who died in February, will also be included in the mission to mark the unique “Star Trek” reunion flight.

Celestis has conducted 18 memorial space flights to date and has five more in the works.

They’ve since put close to “1,500 folks in space,” which Chafer said is “more than all the governments combined.”

Each flight is a unique experience, and the company offers seven different destinations. The “Earth Rise” suborbital mission launches a flight capsule with cremated remains and DNA into space before returning to planet Earth via parachute.

Nichelle Nichols (as Lieutenant Nyota Uhura) and William Shatner (as Captain James T. Kirk) are shown in a scene from “The Man Trap,” the premiere episode of “Star Trek” that aired on Sept. 8, 1966.
(CBS Photo Archive)

Another option offered allows a capsule to orbit Earth on satellites or rockets that can circle for anywhere up to 200 years, and depending upon the altitude of the mission, they may re-enter the Earth’s atmosphere like a shooting star.

Celestis even offers flights to the moon.

“We first went to the moon at NASA’s request with their eminent scientist, Dr. Eugene Shoemaker. That flight was in 1999,” Chafer said. To date, Shoemaker is still the only person buried on the moon, a mission carried out by the Lunar Prospector in honor of Shoemaker’s contributions to planetary sciences.

“It’s been a while, but our second mission will go this year, and we’ll put 90 folks on the surface of the moon as a memorial where people can step out at night, look up to the moon and say, ‘Hey Pops !'”

Nichols and a few of his late “Star Trek” colleagues will be part of the first deep-space mission, which will launch from Cape Canaveral, Florida, later this year and into a “forever orbit around the sun, about 300 million kilometers from Earth.” Chafer noted her place among the stars is “an infinite voyage.”

“It’s been a while, but our second mission will go this year, and we’ll put 90 folks on the surface of the moon as a memorial where people can step out at night, look up to the moon and say, ‘Hey Pops !'”

An important element of Nichols’ voyage was including her fans in memorial efforts and making sure the people who have always been a guiding force in her career had the chance to stay with her forever, too.

Fans from around the world can send their names, tributes, drawings and images to include in the mission with Nichols for free through Celestis MindFiles, which will be digitized and sent aboard the Enterprise Flight.

Chafer added that for each space mission Celestis donates to two charities who “embody the commitment to space exploration and planetary preservation.”

Johnson, who shares just as much of a passion for interplanetary sciences as his mother did, explained how Nichols was invested in science and education for the future.

He noted how early space programs, which were severely lacking in suitable candidates, were positively affected by Nichols’ involvement in recruiting new astronauts into the field.

“Her vision adhered to what the show represented and was coincident with what NASA was feeling but didn’t know quite how to implement it,” he said. “Yet all of a sudden, and I’m sure that many of them were to this day, they are big fans of ‘Star Trek.'”

Nichelle Nichols and “Star Trek” co-star George Takei (pictured in 2015) worked together on dozens of episodes of the futuristic series.
(Bruce Gilkas/FilmMagic)

Johnson, who will be attending the send-off later this year, will also carry on his mother’s legacy of inspiring the future generations through the Nichelle Nichols Foundation, which launches on Dec. 28 and what would have been her 90th birthday.

“The number of supportive messages and letters and emails and phone calls that came in throughout the last 30 days are more valuable than I ever would have thought,” he said. “The kindness and the thoughtfulness of so many people made it possible for me to get through this.”

When asked if he had any final words to remember his mother, Johnson simply said, “Live long and prosper.”