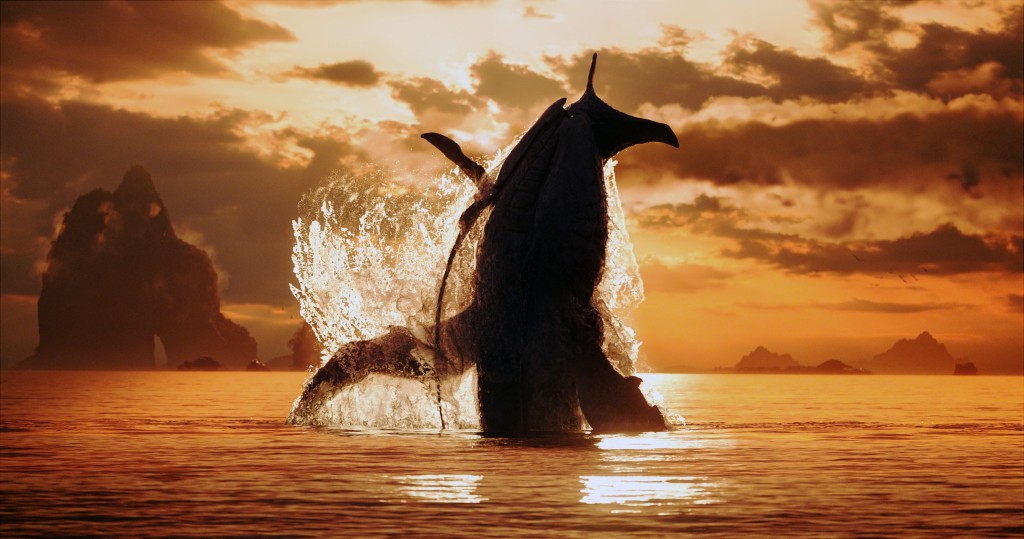 MONDAY AM UPDATE: Sunday came in stronger for Avatar: The Way of Water than Disney expected, grossing a great $24.4M to what was thought to be $21M. That’s the third biggest New Year’s Day haul of all-time after The Force Awakens ($34.3M) and James Cameron’s first Avatar ($25.2M). Avatar 2‘s New Year’s Day was even bigger than that of Spider-Man: No Way Home ($23.1M) last year.

The third weekend of the James Cameron title rises to $66.8M, +6% from its Christmas weekend, with a 4-day of $86.3M. By the end of today, it’s expected that Avatar 2 will pass the $440.9M 18-day total of Rogue One with $444.4M. Why is that such a big deal? Because that 2016 Star Wars prequel has been used as the comp for this mega-tentpole, which was slower out of the gate than tracking initially forecasted. 2016 was the last time that Christmas fell on a Sunday, and New Year’s Day 2017 too.

SUNDAY AM, NEW YEAR’S DAY: While New Year’s Eve is typically a better moviegoing day than Christmas Eve, business was still down yesterday at -27% from Friday for all movies. That’s a similar decline to last weekend’s Friday-to-Christmas Eve (-26%). However, New Year’s Eve made more than Christmas Eve, $27.9M to $22.2M. Moviegoing is expected to be +19% on New Year’s Day today, and there will be an extra cushion in Monday, Jan. 2, as many typically have off in honor of the Sunday holiday. Per our sources, weather wasn’t an issue this weekend.

Through end of Sunday, Disney is reporting a $1.37 billion running global total for Avatar 2. Also by Monday, the 3D spectacle will pass the running domestic box office of Black Panther: Wakanda Forever ($439.6M). By hitting $400M yesterday, Avatar 2 officially becomes the third Disney title to cross that threshold after Black Panther 2 and Doctor Strange 2 for 2022.

Rivals got excited and over-forecasted Avatar 2 for the 3-day and 4-day stretch, believing Saturday would be a $19.6M-$19.8M day. Again, today and Monday could put the James Cameron-directed, Jon Landau-produced sequel back on course to wild money.

The second weekend of United Artists Releasing’s Women Talking at 8 sites did $42K, +3%, with a 4-day of $53K and running total of $159K. Next weekend, the Sarah Polley-directed drama goes to 30 runs in ten markets, with another expansion on Jan. 13. The pic is 89% certified fresh with critics on Rotten Tomatoes, with an 88% audience score. Polley’s screenplay and composer Hildur Guðnadóttir’s score are up for Golden Globes on Tuesday, Jan. 10.

The rest of the weekend is as follows:

SATURDAY AM: Avatar: The Way of Water is looking fantastic in its third weekend after Friday beat its own evening estimates with $24.4M, +27% from a week ago. That puts the James Cameron movie on a run for a $67.8M 3-day weekend, +7% from last weekend’s Christmas period, and a potential 4-day between $87M-$92M per industry estimates.

Avatar 2 is ringing in a healthy New Year for exhibition with a total overall domestic weekend marketplace of $104.2M, which is 5% higher than New Year’s weekend 2022, when Spider-Man: No Way Home led all titles to $98.9M.

RELATED: ‘Avatar: The Way Of Water’ Tops $810M Overseas On Way To $1.3B+ Global Through Sunday

Together with a Black Panther: Wakanda Forever‘s eighth Friday of $1.8M, Disney, along with all the money from its Searchlight and 20th Century Studios titles, rises to $1.96 billion at the 2022 domestic box office. You can read more about our look back at the box office year here.

Even though we could see a 2023 box office year of $9 billion, +22%, and despite the success of Avatar 2 here, Wall Street has been hard on the No. 1 movie circuit AMC, with the exhibitor ending 2022 with a share price of $4.07, down by more than 80% from its $34.30 annual high. That comes in the wake of AMC planning a reverse stock split and $110M sale of its premium APE equity. It’s clear the street is assessing the exhibitor from its debt and profit standpoints, and not the future rebound of the industry. They should know that AMC ruled the 2022 domestic marketplace as the No. 1 theater chain with more than $1.7 billion (23% marketshare) per industry calculations, ahead of No. 2 Regal, which did $1.2 billion (16.4% marketshare). The AMC Burbank will be the highest-grossing theater with around $18M in box office for the year, followed by AMC Empire at No. 2 theater in the U.S. with $14.5M.

RELATED: 2023 Domestic Box Office To Hit $9 Billion Fueled By 33 Tentpoles, But How Does Hollywood Prevent Original Adult Pics From Falling Into Further Jeopardy?

Sony’s limited release of the Tom Hanks drama A Man Called Otto, played four exclusive runs including AMC Century City and The Grove in LA and AMC Lincoln Square and Regal Union Square in NYC for a $23K Friday, and what looks to be a 3-day of $55K and 4-day of $70K. The 3-day theater average looks to be $13,750.

Paramount/C2’s Babylon at 3,351 theaters is seeing $850K today, $2.9M for its second weekend, -19%, and a 4-day of $3.3M raising its 11-day total $10.7M. The movie will soon surpass the lifetime domestic total of Guillermo del Toro’s Nightmare Alley, a dark, R-rated high brow adult title from last Christmas which finaled at $11.3M. Nightmare Alley was nominated for four Oscars including Best Picture.

PREVIOUS FRIDAY AM: It was another $20M day for James Cameron’s Avatar: The Way of Water, so big that it was the biggest regular box office Thursday of the year ahead of the sequel’s Dec. 22 take of $14.6M and Top Gun: Maverick‘s June 2 gross. The movie’s running total is $358M stateside with a 3-day expected to be around $50M and will cross the $400M threshold on New Year’s Day per box office sources. New Year’s Eve Saturday isn’t expected to be as depressed as Christmas Eve was a week ago.

To date, the Disney/20th Century Studios/Lightstorm movie has the following daily 2022 records: top and second grossing Thursday, the 2nd and 3rd highest Mondays of the year, the 1st and 2nd highest Tuesdays, and 1st and 3rd highest Wednesday.

We hear Comscore is down this AM, preventing others from reporting numbers. Disney didn’t have any problems, clearly.

We’ll have more updates for you as they come.