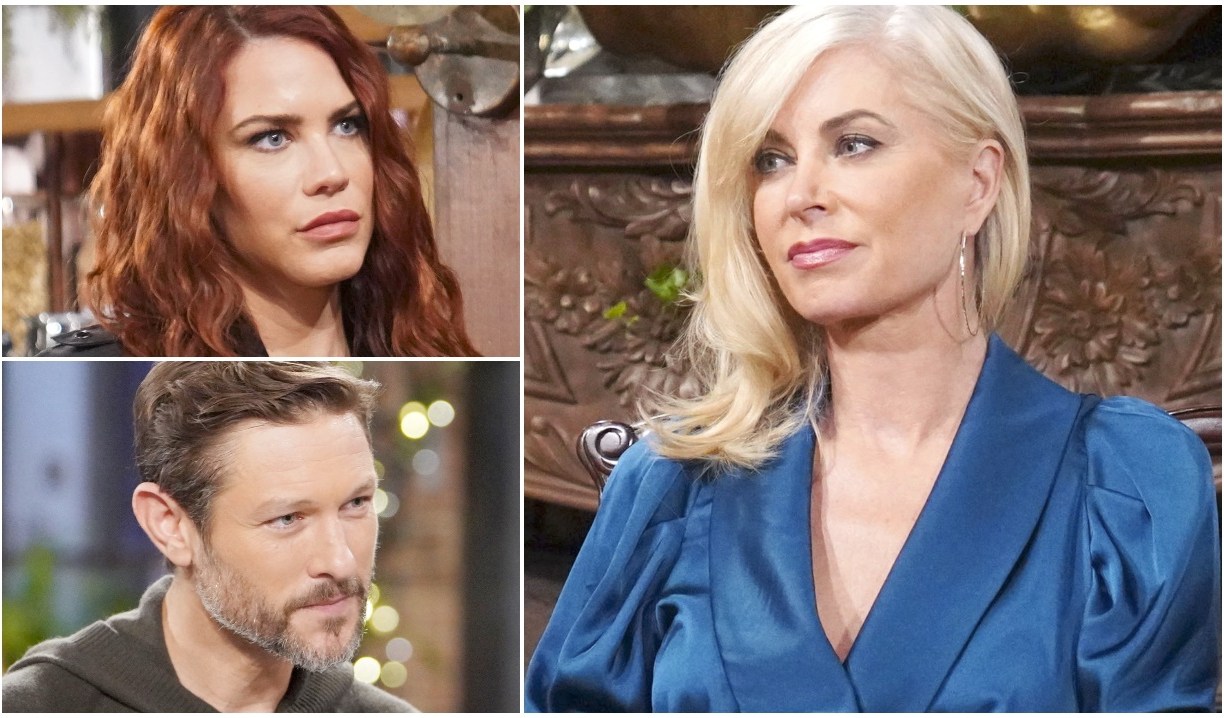 It was a short week for Young & Restless with sports pre-emptions on Thursday and Friday, and a slightly shorter soapbox. Still, lots to talk about…

I don’t know why Elena is sticking with Nate at this point; he keeps making his priorities clear. He was so grateful to get back in her good graces, only to stand her up in favor of hanging out after hours in the office with Victoria. I don’t even understand what he was thinking with the whole plot to bring Chancellor-Winters under the Newman umbrella. Make it make sense! The way they had Victoria tossing back drinks with Nate, one has to wonder if the writers are thinking of putting them together. I haven’t noticed any sexual pull between them — and you would have when they were alone in the office one would think — so, who knows?

Adam may have been speaking the truth when he gave Sally the rundown on her relationship with Nick but that doesn’t mean she’s going to listen. He clearly got her attention with the proposal and the speech in her suite after the fact, but he’s still giving off such a loose-cannon vibe that there’s no way she’s going to change course right now. Nick, for his part, is doing and saying all the right things with his knight-in-shining-armor routine and by making her feel safe. But this back and forth cannot go on endlessly. Whaddaya thinks is going to happen when Victor gets wind of his sons battling over the redhead? Nothing good. In fact, SOD recently teased that Victor will start digging into Sally’s past! It’s guaranteed he’ll come up with plenty of dirt. Want a reminder of what he’ll find? Relive Sally’s history in photos here.

If Ashley has any more run-ins with Diane we’re gonna have to start calling her “Clashley”… but how fun have they been?!? Ashley sneering that Diane is so obvious it’s big, and Diane imploring Ashley to wake up and realize Tucker’s using her… right as Jack comes in and slams the door to break it up. Thanksgiving at the Abbotts was then delightful what with Diane’s arrival going over like a lead balloon, the whispering and downing of drinks, and Jack having everyone — including Diane, who declared herself part of the family much to Ashley’s intense irritation — take a turn giving thanks. Happily, we got the soapy tension other the emotion as Ol’ Smilin’ teared up while giving the toast. I’m ready for this feud to go up another notch with the foreshadowing of all the danger and Ashley declaring to Tucker that “It’s time to bring that bitch down.” The look on his face made it clear he’s relishing Alles of this. 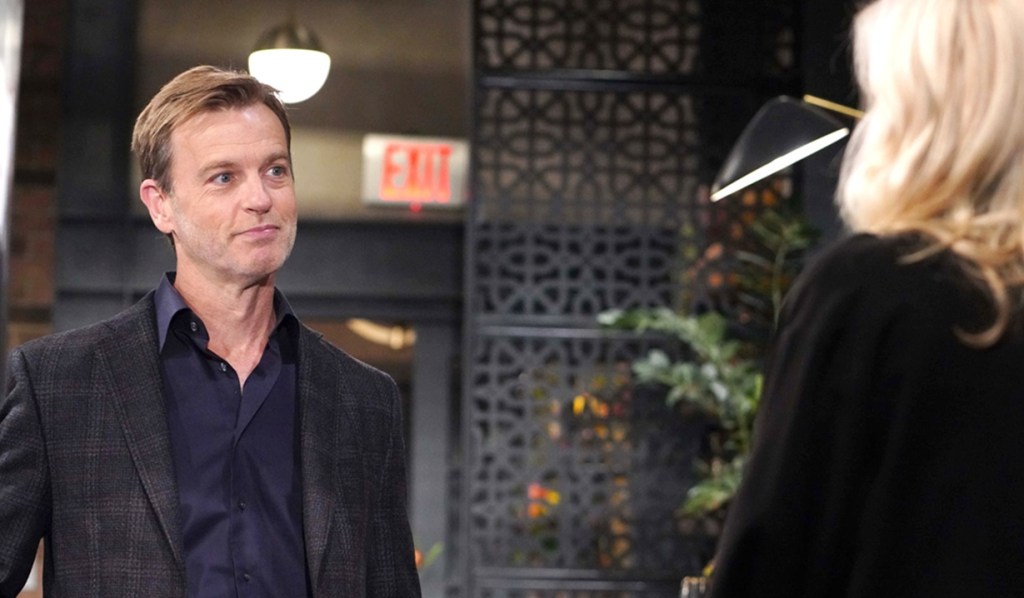 Sharon’s holiday week consisted of helping Chelsea, Noah breaking down on her over Audra’s miscarriage, and Mariah and Tessa revealing that their adoption had fallen through. More on that next week. In the end, Sharon’s annual event to feed the homeless at Crimson Lights went off with a full house of helpers and a long line of folks in need. And amid the aforementioned issues, there was a heartwarming bit as Johnny sat down with Chelsea.

My favorite happening this week was Daniel’s return. Lily lit up like a Christmas tree in his presence… and it was like someone turned a dimmer switch to ‘off’ when he left her in Billy’s company. Later, Daniel confessed to Phyllis, who was overjoyed to see him, that he and Heather are on the rocks. You don’t say?!? Conveniently, he also has a business idea and tells Summer in the preview that he wants to work with Chancellor-Winters. With Lily eyeballing Chelsea and Billy’s connection at Crimson Lights, the writing is on the wall in fluorescent red spray paint — Lily and Daniel are getting back together. Oh, and for those of you wondering about them dressing up as fruit while on the run together, behold: 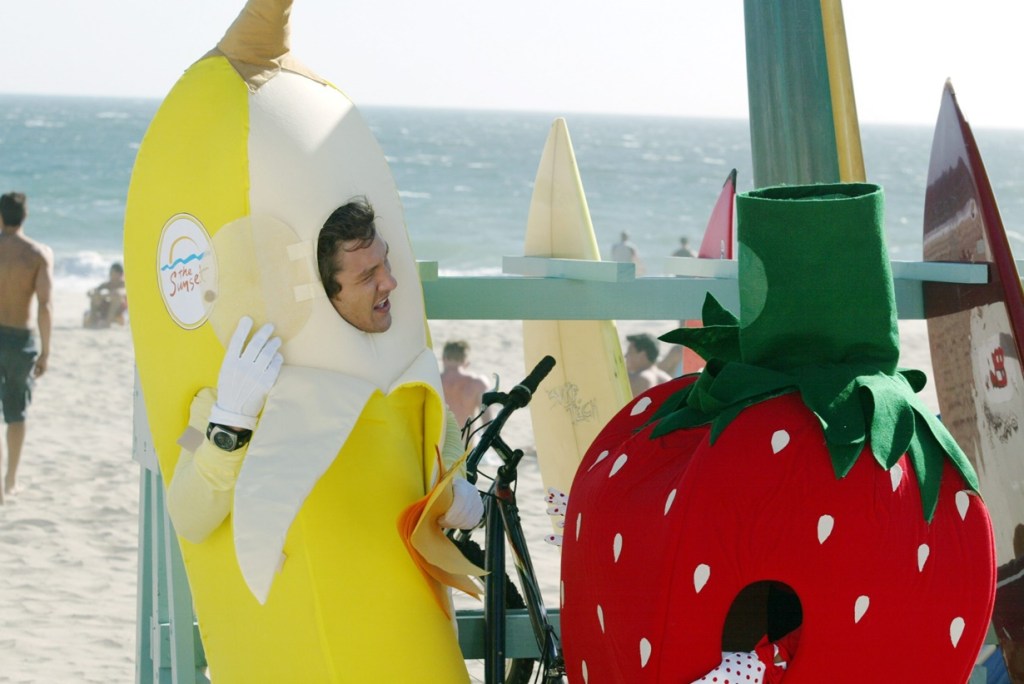 Victor’s all-knowing and all-seeing, except when it comes to Abby, who managed to shock his socks off by announcing that she and Chance were on the rocks and she wouldn’t be coming to the ranch for Thanksgiving. Just wait until he confronts Chance with his, “What did you do to my daughter?” routine, only to discover that Abby was the one who did him wrong! In the meantime, all the talk is about who Chance’s next love interest will be. See what may be a clue here.

This is just my opinion. Leave your thoughts on The Young and the Restless in the comment section below and have a safe and happy Thanksgiving holiday!

Don’t miss this! Dive into the Black Friday soap shopping guide in the photo gallery below.