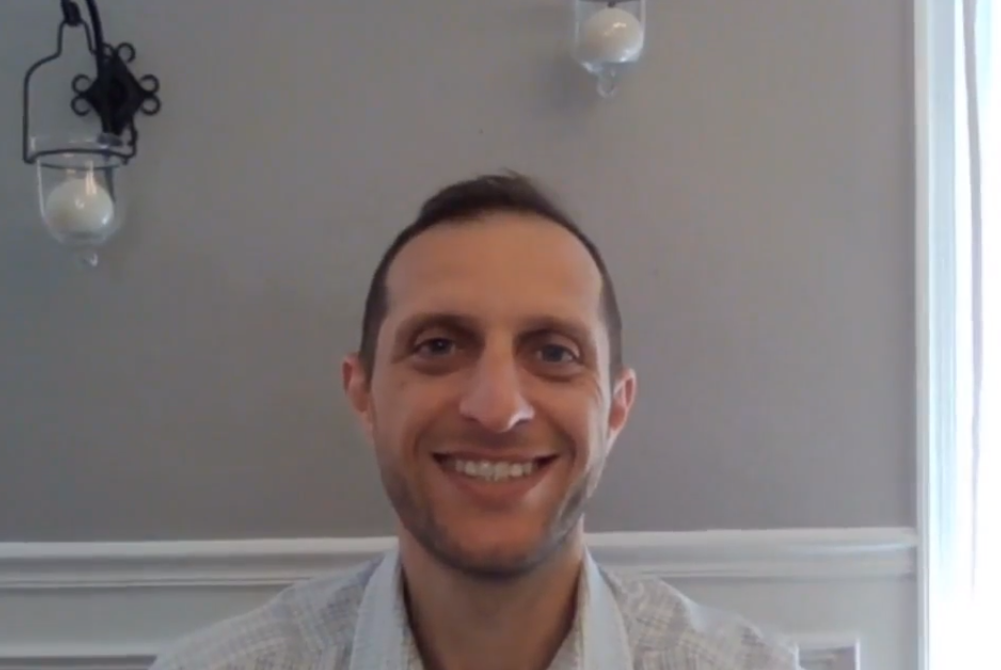 Alex Entin has a big task ahead of him – convincing Republicans that he’s their man in Tuesday’s primary election.

The 41-year-old Northampton Township husband and father thinks he has what it takes to win the First Congressional District, which covers all of Bucks County and a portion of Montgomery County. But first, he needs to win the primary election.

Entin, who supports President Donald Trump’s America First agenda, is facing off with incumbent Congressman Brian Fitzpatrick, who has staked his reputation on being a more centrist Republican.

Outside of funds, Fitzpatrick, a 48-year-old Middletown Township resident, brings strong name ID and has an established brand in the district.

Entin said Fitzpatrick doesn’t share his values ​​or believes what many Republicans do.

One of the motivating factors that got Entin to run was Fitzpatrick’s vote on the 2021 infrastructure bill that will invest billions in Pennsylvania. Some Republicans felt the bill was runaway government spending and doesn’t focus on traditional infrastructure projects they supported.

“I had reached out to the congressman to ask him not to vote for the infrastructure bill. I called him and emailed him. I never heard back, but the only thing I got back was a letter weeks later telling me what was in the bill after he voted for it. It felt like a spit in my face because I can read what is in the bill. What I needed him to do was not vote for the bill,” Entin said.

Entin said he fears Democrats and Republicans like Fitzpatrick are allowing socialism to come to America. He said he sees indicators of what he experienced as a child growing up in the Moldavian Soviet Socialist Republic.

With the expected repeal of Roe v. Wade topping the national conversation, Entin said he is pro-life and supports abortion laws being decided by the states and not the federal government.

“At the end of the day, Roe v. Wade is unconstitutional because nothing in the Constitution allows the federal level to make a decision on that,” he said.

Entin said he was disappointed to see the draft decision was leaked earlier this month.

With inflation being another key issue, Entin said he would support bringing more manufacturing back from overseas. He called for adding tariffs on American companies making items overseas.

Explaining his position, Entin said American needs to become energy independent and trim down federal spending to get the economy where he wants it.

The candidate said he would support government incentives to help grow the number of small businesses that operate in the country.

“To be honest, I have to look at the tax policy more to see what can be done, but we need to support mom and pop businesses to reopen,” he said.

Entin said he is not absolutely certain Biden won the presidency.

In the wake of Trump’s loss in the 2020 election, the then-president and many of his high-profile allies spread misinformation about the outcome of the election and took part in an attempt to overturn the results. Government officials and law enforcement have found no widespread fraud in the 2020 election, but that hasn’t stopped some from continuing to claim it.

“I’ve seen a lot of different things that were presented to the court, and every time there was a court case, it usually gets dismissed before we see the evidence. Why are we hiding the opportunity to present the evidence? Then we could say ‘Joe Biden won the presidency.’ Then we could clear it up for everybody,” he said.

Entin said it is concerning that he feels there hasn’t been a full accounting of the 2020 election.

When asked how he could be certain whether his election will be fair if he still has concerns about who won in 2020, he said he will be watching the count to make sure there is nothing to worry about.

Entin has said he is for “medical freedom” and is against vaccine mandates.

On his website, Entin has called mandates related to COVID-19 “unlawful overreach” by the government.

“To me, what is concerning about vaccine mandates is that it creates second-class citizens … it reminds me of Nazi Germany in the 1930s when Jews were given a patch they had to wear. That classified you as a second-class citizen and then if you had a patch you lost your job, your home, and then you ended up in a concentration camp,” he said.

If elected, Entin said he would support school choice, which allows parents to use tax dollars to fund charter schools, and would “remove all Critical Race Theory” from schools.

With schools largely being governed by state and local government, Entin said he would use federal funding and oversight of schools to push forward changes.

On immigration, Entin said he would push to provide more funding for border security and declare cartels terrorist organizations. He said Trump’s border policy was the right one, including construction of a multi-billion dollar border wall.

Trump first claimed Mexico would pay for construction of a border wall, but the ultimate cost fell on American taxpayers.

Entin said he felt the Biden administration has wasted money that could have been used to further construct the wall.

“Think about how much money we’re currently spending letting these people in, flying them around, busing them, living expenses,” he said.

Entin said he wouldn’t purpose raising taxes to fund construction of the wall. He said he would look at federal programs to see if funds can be diverted for a wall and border security.

On health care, Entin would look to change the system to cure people and not just maintain them.

“I think what we need to do is incentivize pharma companies to make sure people don’t get sick and be on pills for the rest of their life,” he said.

Entin said he has to do more research on health care policy and listen to the constituents if there is a repeal of the current health care law proposed.

“It’s disappointing to see people stay at a job because of insurance and on top of that they have to pay for a deducible of $3,000,” he said. “We need to look at it.”

When asked about federal legalization and decriminalization of marijuana, Entin said he needs to do more research and look at states where it is legal.

“We’ve got to make sure we don’t create any issues and see what the future looks like if we allow it,” he said.

In recent weeks, Fitzpatrick’s campaign has purchased ads that have called Entin “Putin’s Manchurian Candidate” and displayed Soviet iconography while playing a clip where the candidate said Russia wouldn’t have invaded Ukraine if they stayed neutral.

A video ad also notes Entin hadn’t voted in an election until recently.

“What this is doing is creating ethnic hatred. We immigrated from the Eastern European nations when we got the chance to move to the greatest country in the world, the United States,” Entin said, noting he moved to American when he was 9 years old.

Entin said his heart breaks for the people of Ukraine and America should continue helping the nation defend itself from Russia’s invasion.

Entin said Fitzpatrick’s claims are “defamatory” and noted his wife is from Ukraine.

Entin said his signs stating “Fire Fitz” don’t compare to Fitzpatrick’s ads, adding his signs were based off messages from voters that the congressman needs to be fired because he believes aren’t conservative enough for them.

Report a correction via email | Editorial standards and policies