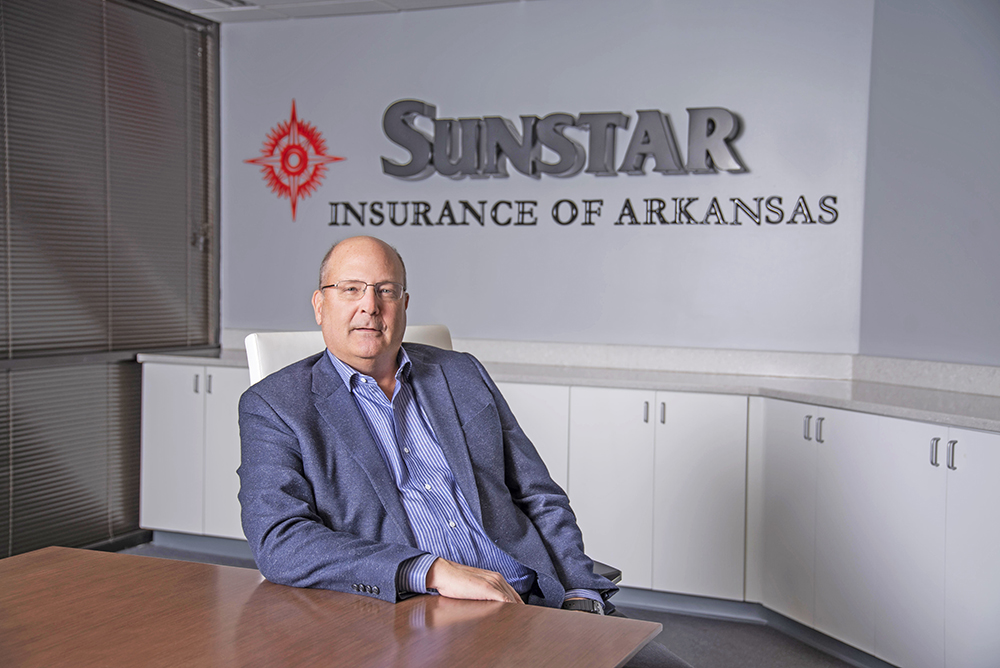 We were unable to send the article.

Arkansas employers and workers were slow to join the rush to high-deductible health plans, but they’ve seriously made up for lost time, switching to health savings account plans more rapidly than any other state since 2015.

“That’s definitely one trend in insurance these days,” said Greg Hatcher, CEO of The Hatcher Agency in Little Rock. “Ten years ago maybe 20% of people had a high-deductible plan in Arkansas, and now it’s over 50% as opposed to PPOs [preferred provider organizations]which had been the base plan for most employers.”

Nationwide, nearly 55% of private-sector workers now have high-deductible health plans compared with 39.4% in 2015. Arkansans led the switchover, going from 33% on HDHPs in 2015 to 56.9% in 2020, according to numbers from the KFF, formerly the Kaiser Family Foundation. That 71.7% increase was steepest among all states, according to an analysis by ValuePenguin.

The surging high-deductible health plans hold clear benefits for companies. Premiums for employer contributions are almost always lower, and pretax payroll deductions offer employees an attractive income tax break. The downside is that some workers may not be able to absorb the upfront cost of higher deductibles, which have minimums of $1,400 a year for individuals and $2,800 a year for families.

“Employers are having to [go with higher-deductible plans] to be able to afford coverage for their employees; the costs of health care are just continually going up,” said Ralph Haymond, president of Haymond Insurance in Searcy, to an independent agency. “Your employees take a bigger portion of the costs because the increase in the deductible comes from them.”

Greg Hatcher of The Hatcher Agency in Little Rock explained the cost dynamics, and how the Affordable Care Act changed the equation. When health savings plan policies emerged, employers had to make an either-or choice between offering them or PPO plans. “You could not offer both, and rates started going up,” Hatcher said.

“Health care reform was a really good thing, but when Obamacare arrived, it eliminated [exclusions for] all pre-existing conditions and it added 100% wellness coverage,” Hatcher continued.

“That made plans richer, but it also meant more claims, and there’s a requirement that an employer can’t charge more than 9.6% of an employee’s income for health coverage. As claims went up, so did premiums.”

Deductibles are also rising on property insurance and auto and truck fleet liability coverage, driven by soaring property values ​​and a flood of claims related to extreme weather, including hurricanes and floods, Haymond and Sunstar Insurance of Arkansas CEO Andrew Meadors said.

“One hurricane in Florida brought estimates of $60 billion or so in total damage, and recently Hurricane Nicole was the first November hurricane in Florida since 1935,” Meadors said. “This is very concerning.” He said people owning property anywhere near the coast in Florida, Alabama and Mississippi are “going to have to either be wealthy people or big risk-takers, because wind and hail deductibles are going through the roof.”

Source: ValuePenguin by LendingTree and the Kaiser Family Foundation

Some residents are having to self-insure properties with $100,000 deductibles, Meadors said. “Reinsurance markets are repricing; those are the insurance carriers that we all deal with. So it’s actually the reinsurance market increases driving up costs from the agent brokers the public deals with. That’s what turns up insurance premiums.”

And it’s not just a coastal phenomenon, Meadors said. “In Hot Springs on Lake Hamilton, we insure a nice condominium complex and had eight different carriers just turn it down flat,” he said. “They wouldn’t even quote the renewal because it’s habitational high values ​​on the water.”

Companies are also revamping coverage to account for surging property values, the insurance professionals said. “On the property side, if a business bought a building eight years ago for $5 million, that building is now worth $8 million or $10 million, so you can see that premiums could be as much as double,” Haymond said.

In response many companies are accepting higher deductibles on wind and hail damage. “Instead of having a basic $5,000 or $2,500 deductible, companies are taking 1% and 2% deductibles on the value of the property.” And CEOs understand the risk; after all, at 2% of a $10 million building, deductible costs could reach $200,000 from a single hailstorm.

Meadors said some businesses, facing the prospect of even 3% deductibles, have found a workaround. “Now there are emerging programs called wind-hail buydown programs, where for a reasonable premium a client can say, you know, this $100,000 is too much risk for me, and I want to pay $8,000 to $10,000 more to bring the deductible down to $25,000. That’s something that’s more palatable.”

Haymond, who also has offices in Springdale and Marianna, said big court judgments in liability litigation have also driven up premiums. “We write trucking insurance over five different states, and auto liability has been a major concern for all the companies. You see rates rising on auto liability because of very large judgments that are coming now from the courts. Because all these claims are out there, the weather and everything, businesses are finding it hard to stay profitable. And of course, you’ve got to be profitable to stay in business.”

“Life expectancy in America has fallen by two years, and you see that in the obituaries every Sunday,” he said. “You’re going to see life insurance premiums rising, and they’re paying out a lot more on the workplace group life policies. That’s because of COVID. It’s true, and it’s happening.”

One positive trend, Meadors said, is that workers’ compensation insurance has slightly declined in price thanks to new emerging markets. “They’re called monoline workers’ comp carriers, and all they do is write workers’ compensation coverage,” he said. “So the increased competition in a good loss environment in Arkansas is driving down premiums. That’s good.”

Businesses are also dangling new lines of coverage before employees in today’s tight labor market, Hatcher said. “I see more voluntary coverages being offered like cancer, accident, voluntary life and even pet insurance. Because in today’s workforce environment, it’s harder to find people to employ. These benefits can sometimes tip the scales.”