Good morning and welcome to Monday’s New York Health Care newsletter, where we keep you posted on what’s coming up this week in health care news, and offer a look back at the important news from last week.

It’s been one week since the Senate and Assembly unveiled their one-house budget proposals. While lawmakers’ FY23 health spending and policy priorities overlapped with some of those included in Gov. Kathy Hochul’s executive budget, they split with the second floor on what to do with the state’s Medicaid spending cap, wages for home care workers and health coverage for immigrants — key issues for many in Albany. (ICYMI: Shannon broke down the differences among the three proposals.)

As Sen. Samra Brouk (D-Rochester) noted when the Legislature’s joint Mental Hygiene budget conference subcommittee met for the first time, lawmakers have “got some work to do … to get to a final agreement.”

That “work” will continue this week, but mostly behind the scenes, as legislative leaders and the governor negotiate on how to reconcile their three spending plans. And health care activists, advocates and lobbyists, who have rallied for their budget priorities in Manhattan and Albany in recent days, show no signs of letting up on their public pressure campaigns.

Downstate, meanwhile, some residents are pushing back against the city’s private employer mandate and the requirement to have children under the age of 5 wear masks, Amanda reports.

City Health Commissioner Ashwin Vasan said Friday in his first press briefing that officials will continue to evaluate data before the Adams administration makes a decision around the mask requirement for children under 5 and the private employer vaccine mandate. Vasan gave an “indefinite” timeline for dropping the private employer vaccine mandate.

“People who have tried to predict what’s going to happen in the future for this pandemic have repeatedly found egg on their face, as they say, and I’m not going to do that here today,” he said.

Thank you to the Senate and Assembly for rejecting the budget proposal that would reduce the number of Medicaid plans for over 5.5 million vulnerable New Yorkers, disrupting care for patients and the providers caring for them. Add your voice: send a letter urging Albany to keep this risky proposal out of the final State Budget! ProtectNYMedicaid.org

Want to receive this newsletter every weekday? Subscribe to POLITICO Pro. You’ll also receive daily policy news and other intelligence you need to act on the day’s biggest stories.

— Five and a half years ago, Ashwin Vasan was picked to head up a new unit within the New York City Department of Health and Mental Hygiene. He was charged with securing millions of dollars in outside funding and building an innovative program that connected health and criminal justice. His supervisors were generally happy with the job he was doing, according to agency personnel records. His work, they wrote in a performance review, “greatly exceeds expectations.” But employees who worked with Vasan at the time say his tenure was rocky and he clashed with team members, three people said in interviews. His supervisors took the step of arranging for him to undergo management coaching, according to one performance evaluation. And his work there ended abruptly three years ago, according to staffers, Amanda reports.

— The Joint Commission on Public Ethics has ordered former Gov. Andrew Cuomo to repay the money he has received from his $5.1 million book deal in 2020, POLITICO’s Bill Mahoney reports.

— Private sector employers in New York are no longer required to implement their workforce safety plans as required under the “HERO Act”, as the designation of Covid-19 as an “airborne infectious disease that presents a serious risk of harm to the public health” ended last week.

— Gov. Kathy Hochul announced $1 million in funding for up to five Opioid Treatment Program Providers (or as much as $200,000 a piece in one-time awards) to establish new locations in underserved areas

— Hochul signed legislation to expand the Opioid Settlement Board from 19 to 21 members. She also announced two new appointments — Anne Constantino and Debra Pantin — to the panel.

— Former Health Commissioner Howard Zucker reflected on New York’s early Covid response in a recent Medium.com post. And he offered some key takeaways: “Firstly, a firewall between public health and politics must exist” and “secondly, the public must trust our experts.”

NOW WE KNOW — A New York Times columnist reflects on what we’ll keep from the pandemic.

TODAY’S TIP — The New York State Smokers’ Quitline recommends that people who want to quit their nicotine habit should clear away lighters and other paraphernalia.

MAKE SURE TO FOLLOW amanda @aeis17 and Shannon @ShannonYoung413 on Twitter. And for all New Jersey health news, check out Daniel Han, @danieljhan_.

STUDY THIS — New research from the Albert Einstein College of Medicine found a “high burden of clonal hematopoiesis in first responders exposed to the World Trade Center disaster.” 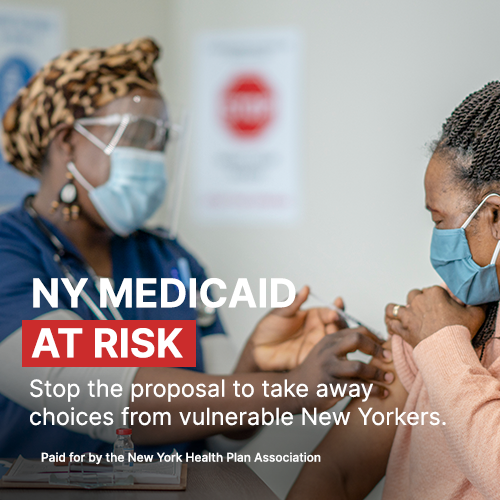 Albany County Executive Dan McCoy announced that he has Covid-19.

Newsday looks at how a recent state comptroller’s report Covid in New York’s nursing homes could lead to improvements at such facilities.

The biggest credit reporting firms will strip tens of billions of dollars in medical debt from consumers’ credit reports.

Another Covid surge could be on the horizon. But Surgeon General Vivek Murthy said there’s no need to panic.

Moderna has asked the Food and Drug Administration to grant emergency use authorization to a fourth dose of its Covid-19 vaccine for adults, POLITICO’s David Lim and Lauren Gardner report.

POLITICO’s Alice Miranda Ollstein and Megan Messerly: Missouri lawmakers want to stop their residents from having abortions — even if they take place in another state.

The Centers for Disease Control and Prevention is asking his staff to improve how it collects and analyzes public health data, POLITICO’s Erin Banco and Krista Mahr report.

POLITICO’s Rachael Levy: US health officials are discussing how to ensure Americans file Covid-19 safety complaints after POLITICO reported that some hospitals ask patients to remove their N95 masks, among the best respiratory protection available, according to three people familiar with the conversations.

THANK YOU! The Senate and Assembly one house budgets wisely reject the budget proposal that would reduce the number of Medicaid plans for our state’s most vulnerable residents. Eliminating these plans will take away options from 5.5 million+ New Yorkers, who often have multiple health conditions, requiring physical and mental health care, and need help coordinating social services like employment, education and access to food services. It will force hundreds of thousands of low-income New Yorkers to move from their current health plan, disrupting services for patients and the providers that care for them. The state shouldn’t be making it harder for New Yorkers to get the care they need. It is more important than ever to protect the choices available for vulnerable New Yorkers who rely on the Medicaid program. Take action: urge Albany to keep this risky proposal out of the final State Budget!
ProtectNYMedicaid.org