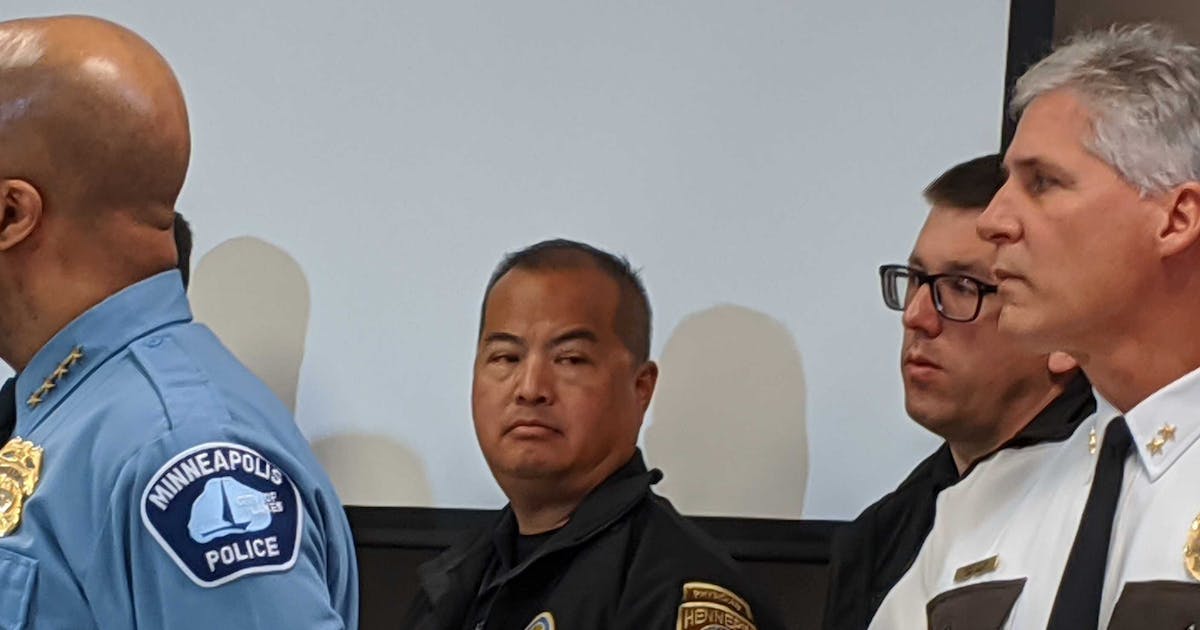 Calling it part of an ideological evolution, leadership for Hennepin Healthcare says it will end its contract for medical instruction with Minneapolis police and prohibit its doctors from moonlighting as law enforcement agents.

Interim Chief Medical Officer Dr. Daniel Hoody announced the latter policy in an internal newsletter to staff on March 14, explaining the dual professions of some doctors with police agencies is harming patient trust.

“We are hearing from our community and colleagues that ongoing mistrust, especially around the unclear relationship between health care and law enforcement, is impacting the ability of some to feel safe seeking care,” Hoody wrote. “Therefore, Hennepin Healthcare has made the decision that physicians will no longer be allowed to be dually employed by Hennepin Healthcare as a medical staff member and by a law enforcement agency.”

In response, Dr. Paul Nystrom, an emergency physician who works part time for the Plymouth Police Department, announced he is being “terminated” as of June 5.

“I was recently given an ultimatum to either quit policing or be terminated by [Hennepin Health Services] and I decided not to quit my police job,” wrote Nystrom in a March 21 email to colleagues.

Located in downtown Minneapolis, Hennepin and its flagship Level-1 Trauma Center, HCMC, serve some of the most vulnerable and diverse groups of patients in the metro, including those who may seek treatment related to a criminal act, such as drug abuse, or otherwise be suspicious of law enforcement.

The hospital system has for years allowed doctors to work side jobs in law enforcement. Some physicians have combined their expertise into a research niche on a nexus of the two professions, such as how police should handle severely agitated patients in 911 calls.

“We want the community to come into a healing environment, to a medical care space, and know you’ve got healers in front of you,” said DeCubellis.

Nystrom’s attorney, Chris Madel, said his client was “extremely disappointed” to be leaving his emergency and paramedic colleagues, “but he’s certainly not disappointed to be done working under the lack of leadership demonstrated by Hennepin Healthcare’s executive team.”

Ho and Jones did not respond to requests for interviews. In a 2019 email, Ho told the Star Tribune he saw no conflict between his roles. Both doctors and police strive to save lives, he said. “It is my life’s work to develop these areas of intersection for the benefit of public protection.”

This professional dynamic is unusual, said Eric Campbell, a bioethics professor at the University of Colorado School of Medicine, who was not aware of any other hospital systems where doctors also work as police.

Campbell said the dual allegiance poses a clear conflict of interest in areas of patient privacy and consent. A physician’s ties to law enforcement could pose optical or practical barriers to some people seeking care, he said, citing a patient with an outstanding arrest warrant as an example.

“Police enforce laws,” said Campbell. “Doctors, on the other hand, must prioritize the best interest of their patients over other things, which sometimes may include the law. So the idea that one can equate doctors and law enforcement officers as being on the same team to quote, ‘protect things,’ that’s a fallacy.”

Campbell said the conflict goes beyond an individual doctor’s ability to manage it, comparing the situation to a baseball referee holding financial stake in a team, or a doctor performing surgery on their spouse. Hospitals possess an ethical duty not to jeopardize public trust in health care. He said it would be “short sighted” for a medical facility to align with police, especially in Minneapolis, where skepticism of police is high.

Hennepin Healthcare has since released a new version of the training, conducted by EMS Chief Medical Officer Nick Simpson, that doesn’t contain the science of “excited delirium.”

The Star Tribune also reported on Ho’s financial ties to Axon Enterprises, the manufacturer of the TASER stun gun, which included working as an expert witness to defend the popular law enforcement weapon in lawsuits against police or Axon. Axon retained Ho as his contract medical director, a job to which he dedicated 32 hours per month at HCMC. In exchange, Axon paid the hospital about $140,000 per year. The hospital canceled that contract in 2019, after public officials called it an ethical breach.

Hospital leadership has known for years about these relationships, and they have “utilized these physicians to collect tens of thousands of dollars in lucrative contracts with the City of Minneapolis and many others,” he said.

“The recent policy change that has resulted in Dr. Nystrom’s termination seems reactionary at best, disingenuous at worst,” said Erickson.

He said the union will continue to support doctors providing training to law enforcement, adding: “We don’t believe this requires providers to be sworn law enforcement officers.”

DeCubellis said no single event prompted the policy change, and the decision was difficult to make. “We are on our own equity journey,” she said. “I think as a community we are. As a society — as a nation — we are. And part of that involves us as a health system being more in tune than ever before to the community.”