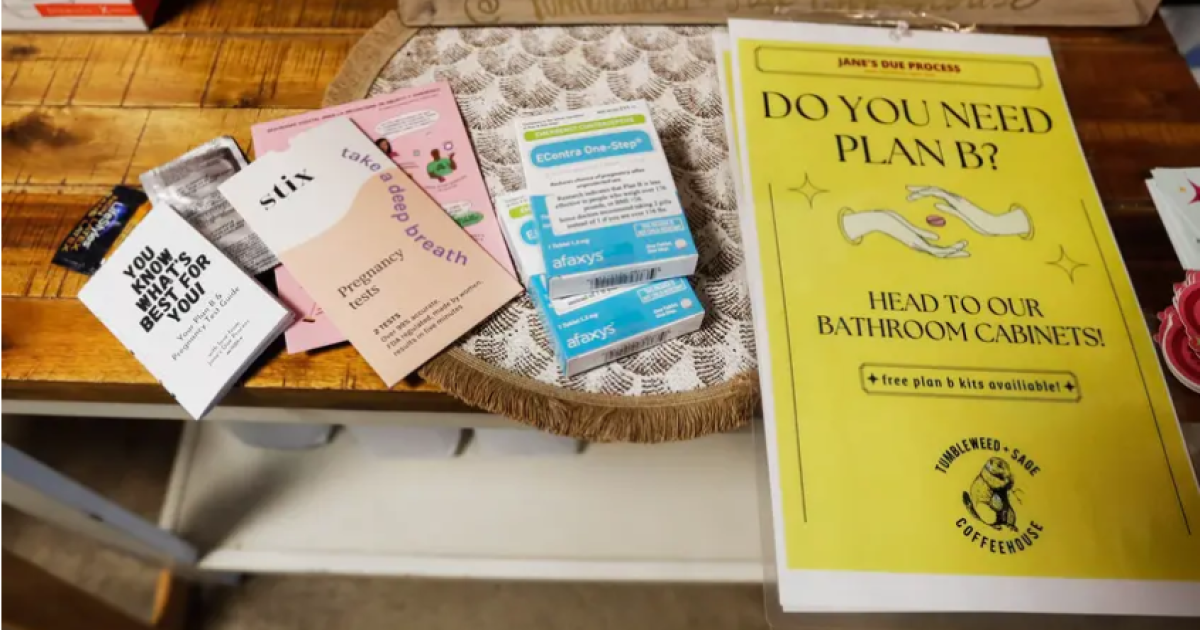 “Gov. Greg Abbott said rape victims can take Plan B. But emergency contraception isn’t widely available for the state’s poorest people.” was first published by The Texas Tribune, a nonprofit, nonpartisan media organization that informs Texans — and engages with them — about public policy, politics, government and statewide issues.

Sign up for The Brief, our daily newsletter that keeps readers up to speed on the most essential Texas news.

On Friday, Gov. Greg Abbott told The Dallas Morning News that rape victims can take emergency contraception, like Plan B, to prevent a pregnancy. With abortion now banned in Texas, even in instances of incest or rape, the governor recommended the use of emergency contraception to ensure a victim of rape does not become pregnant.

But for the lowest-income people in Texas, emergency contraception isn’t widely accessible, advocates said — a consequence of the significant number of people of childbearing age who are uninsured and the state’s lack of programs that provide access to treatment like Plan B.

During a pre-recorded segment of Lone Star Politics, Abbott said of rape victims, “By accessing health care immediately, they can get the Plan B pill that can prevent a pregnancy from occurring in the first place. With regard to reporting it to law enforcement, that will ensure that the rapist will be arrested and prosecuted.”

Emergency contraception primarily works by stopping fertilization. The treatment can prevent someone from becoming pregnant if taken up to five days after sex, with varying effectiveness.

In instances of rape, Abbott said, “We want to support those victims, but also those victims can access health care immediately, as well as to report it.”

After signing Senate Bill 8 into law last September, which banned abortions after about six weeks of pregnancy and didn’t provide exceptions for rape or incest, Abbott said the state’s goal was to eliminate rape.

When asked how the state planned to provide emergency contraception to low-income Texans, Abbott spokesperson Renae Eze said, “We urge any victim of rape to get medical help immediately. The medical care offered at hospitals and emergency rooms includes access to Plan B medication that can prevent pregnancy.”

Some studies have suggested that emergency contraception that contain levonorgestrel, like Plan B, may be less effective for people who weigh more than 170 pounds, which is the average weight of women over the age of 20 in the country.

In 2020, Texas ranked 16th in the nation for total number of forcible rape cases per capita.

Emilee Whitehurst, the CEO of Houston Area Women’s Center, said a significant number of rapes aren’t reported, and the actual number of victims is higher than those that seek treatment at a hospital.

Whitehurst added that emergency contraception is not a substitute for abortion access in any way, but those responsible for the abortion ban in Texas have left victims of sexual assault with few options. She said it was insulting to hear that Plan B should be relied on to prevent pregnancies given the dangers victims of sexual assault already face.

“To presume Plan B could be a substitute for abortion care represents such a fundamental misunderstanding of the reality of women’s lives and our biology,” Whitehurst said.

For women of childbearing age in Texas, more than a quarter had no health insurance in 2017 — the highest rate in the nation. This is caused, in part, because Texas has not expanded Medicaid and has one of the lowest eligibility standards in the country. A single parent with three children would have to earn less than $400 a month to qualify for Medicaid.

Title X clinics remain one of the few options for low-income people to access emergency contraception at an affordable cost. However, these federally-funded reproductive health clinics don’t operate in every community in the state.

Whitehurst said that guaranteed access to emergency contraception is “fairytale thinking.” She said young victims of sexual assault, in particular, will struggle to access that form of contraception.

“It is not easily available, it is not easily affordable, and it is an unbeatable resolution to the terrible situation women now find themselves in with no access to abortion,” Whitehurst said.

In the instance of victims of rape, the immediate need to seek out emergency contraception compounds the trauma a survivor is already facing, said Chau Nguyen, a trauma therapist with JEM Wellness & Counseling in Houston. Nguyen said in a statement to The Texas Tribune that low-income Texans and women of color already face barriers to health care access, which includes emergency contraception.

“The sad truth is, women will choose putting food on the table to feed their kids over their own health care. And that can greatly put their own lives at risk,” Nguyen said.

The full program is now LIVE for the 2022 Texas Tribune Festival, happening Sept. 22-24 in Austin. Explore the schedule of 100+ mind-expanding conversations coming to TribFest, including the inside track on the 2022 elections and the 2023 legislative session, the state of public and higher ed at this stage in the pandemic, why Texas suburbs are booming, why broadband access matters, the legacy of slavery, what really happened in Uvalde and so much more. See the program.

This article originally appeared in The Texas Tribune at https://www.texastribune.org/2022/09/03/emergency-contraception-access-rape-victim-abbott/.

The Texas Tribune is a member-supported, nonpartisan newsroom informing and engaging Texans on state politics and policy. Learn more at www.texastribune.org.