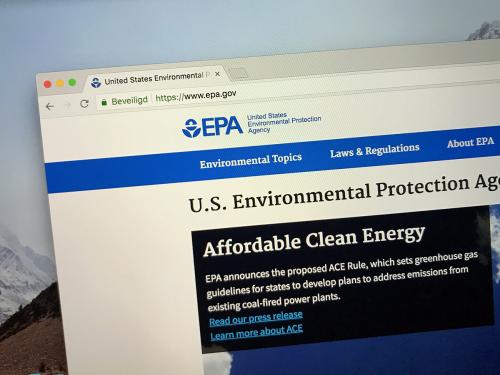 On February 25, 2022, the US Environmental Protection Agency (EPA) published a Federal Register notice announcing revocation of a 1980 policy used to allow corrections to the chemical identities of substances in commerce since the time of the initial Toxic Substances Control Act (TSCA) (15 USC § 2601 et seq.) Chemical Substance Inventory (Inventory). Under the terms of EPA’s policy change, companies have only until April 26, 2022, to make any final requests to correct Initial Inventory submissions. According to EPA, if an initial inventory submission chemical nomenclature error is identified after April 26, companies may need to submit TSCA section 5 premanufacture notices (PMN) or other section 5 notices rather than remain on the market.

The Inventory Correction Policy was published by EPA on July 29, 1980, to address errors in Initial Inventory reporting submissions. The Policy identified three broad areas within which EPA would accept corrections: (1) corrections of the chemical identity of previously reported substances; (2) addition of previously unrecognized isolated intermediates that occur during the manufacture of a product reported for the inventory; and (3) corrections made in response to requests from EPA that identify reporting errors. Within the first category, correctable errors in the chemical identity included typographical/transcriptional errors, refinements of the chemical identity (eg, narrowing a range of components in complex reaction product), identification of new components in what was believed to be a single substance, and misidentification of a chemical substance.

In revoking the Correction Policy, EPA argued that companies had ample opportunity to correct the Initial Inventory, and, in any case, the passage of time has made provision of substantiating records difficult. EPA also cited the possibility of ineligible correction requests being processed if the policy continues, although the agency failed to reconcile that view with the existing documentation requirements. EPA indicated that it will not accept new inventory corrections after April 26, 2022, but indicated that it is reserving the right to initiate corrections to the inventory at its discretion. EPA did not identify the circumstances in which the Agency would so act.

Revocation of the policy, which had been relied upon and used by industry for over 40 years, which was not previously announced nor did it benefit from input or comment from the regulated community. EPA also has made it clear that the correction policy does not apply to nomenclature errors in PMNs discovered after expiration of the PMN review period, leaving the status of chemical derivatives of corrected substances that were added to the inventory through the PMN process in question. Given the number of substances on the TSCA Inventory and in US commerce that may not be accurately described using today’s nomenclature standards, the potential ramifications of this policy change are significant.