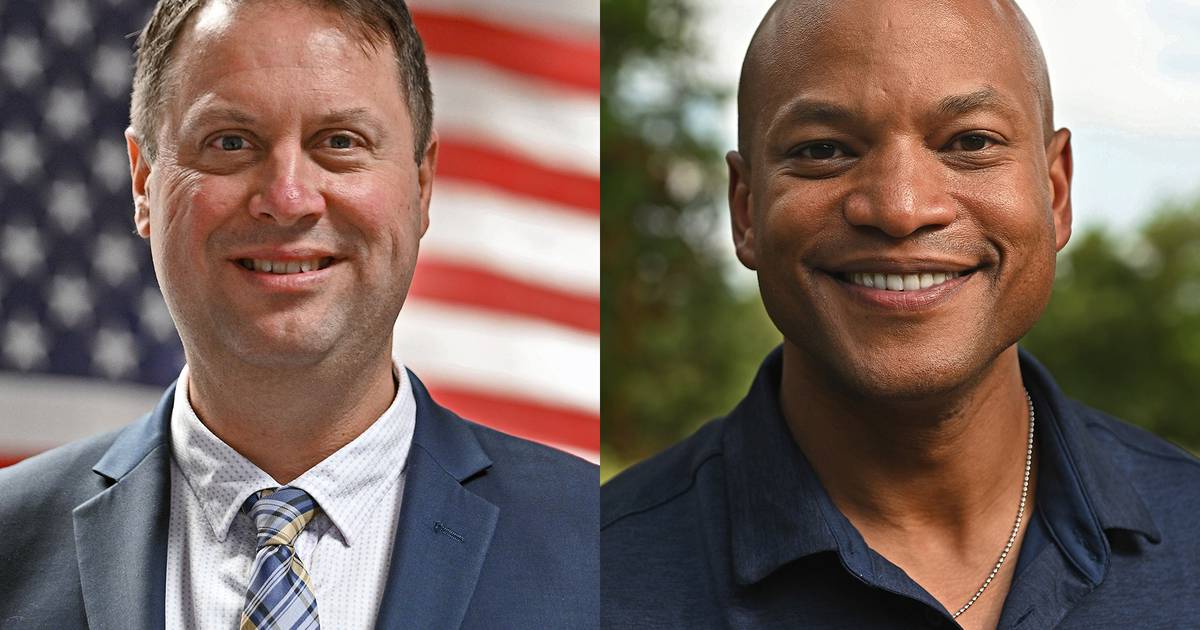 Maryland Republican Gov. Larry Hogan has distanced himself from Republican gubernatorial nominee Dan Cox since Maryland’s primary election in July. Now, so are some of Hogan’s former campaign donors.

Democratic nominee Wes Moore has received nearly four times as much in donations from Hogan’s former financial supporters as has Cox, according to data analysis by Capital News Service.

From July 19 to Aug. 23, following the primary and until the most recent campaign reporting period, former Hogan donors gave Moore’s campaign $117,861. During that same span, the governor’s former donors sent $29,727 to Cox.

Cox raised $195,000 and Moore raised nearly $1.9 million in the last reporting period, according to the Maryland State Board of Elections campaign finance report.

[ Here’s where Wes Moore and Dan Cox stand on health care, guns, the environment and more ]

Most of the Hogan-to-Moore donors that Capital News Service contacted declined to comment on their campaign contributions. Some were lobbyists who cited narrow political lines they did not want to cross, and others were business owners who wanted to keep their political connections private, despite the public availability of campaign donation data.

Gerard Evans, owner of Evans and Associates, a Maryland political lobbying firm based in Annapolis, was willing to speak about his donations. Evans is also an adjunct professor of public policy at the University of Maryland, College Park.

Evans described his donation to Moore as a way to navigate the changing political tides.

“We represent our clients,” Evans said, “and it’s clear that Wes Moore is a winner. Based on my 47 years of experience in politics, Cox has zero chance of becoming governor of Maryland.”

Annapolis resident Paul Bollinger is another former Hogan donor who this year gave money to Moore. Bollinger said he contributes to campaigns as a private citizen because he believes his donation is one way to participate in the political process.

“I’m a big believer in putting skin in the game,” Bollinger said. “It’s really easy to sit on the sideline and complain. I’ve been a contributor to Republicans and Democrats for many, many decades.”

Bollinger, a former registered Republican, is now unaffiliated in Maryland. He sent $300 to Hogan’s 2018 reelection campaign. He donated $125 to the Moore campaign in August.

When considering who to support in November’s gubernatorial election, Bollinger said he was looking for a candidate that best reflected his concerns. He works for a small Annapolis-based nonprofit that assists people with disabilities. He said he wants a candidate who supports health care policies for his clientele.

To Bollinger, that left only one option after the primaries: Wes Moore.

“Moore is looking to represent everybody in the state, not just a select group,” he said. “I’m strongly in favor of that.”

Despite his old affiliation, he did not consider supporting Cox.

“Some of his core ideas and beliefs are not positive for Maryland,” he said. “He may be a nice guy, I don’t know, but the positions he has on issues are not in line with mine.”

Nina Kasniunas, chair of the political science department at Goucher College, explained in an interview with Capital News Service why she believes some former Hogan donors are supporting Moore instead of Cox.

Kasniunas said a large number of Marylanders are fairly moderate in their ideologies, as demonstrated by the many Maryland Democrats who supported Hogan.

Keep up to date with Maryland politics, elections and important decisions made by federal, state and local government officials.

“When you have a candidate like Dan Cox who is part of the wing of the party that is in support of Donald Trump, what you’re seeing with the giving of Republicans to Wes Moore is a denunciation of that and what that stands for, ” Kasniunas said.

Increasingly, Maryland Republicans have been distancing themselves or declining to offer full-throated support for Cox. In the most recent example, the Maryland Senate Republican Caucus Committee avoided endorsing Cox on Tuesday in a virtual news conference.

When asked whether the committee was endorsing Cox for governor, Senate Minority Leader Bryan Simonaire, to Anne Arundel Republican, sidestepped the question by responding that his committee was not endorsing any statewide candidates.

In another showing of a Republican fissure, Barry Glassman, the Republican comptroller candidate and currently the county executive for Harford County, donated $500 to Moore.

Glassman, who has contributed $4,250 to Hogan, is endorsed by Hogan.