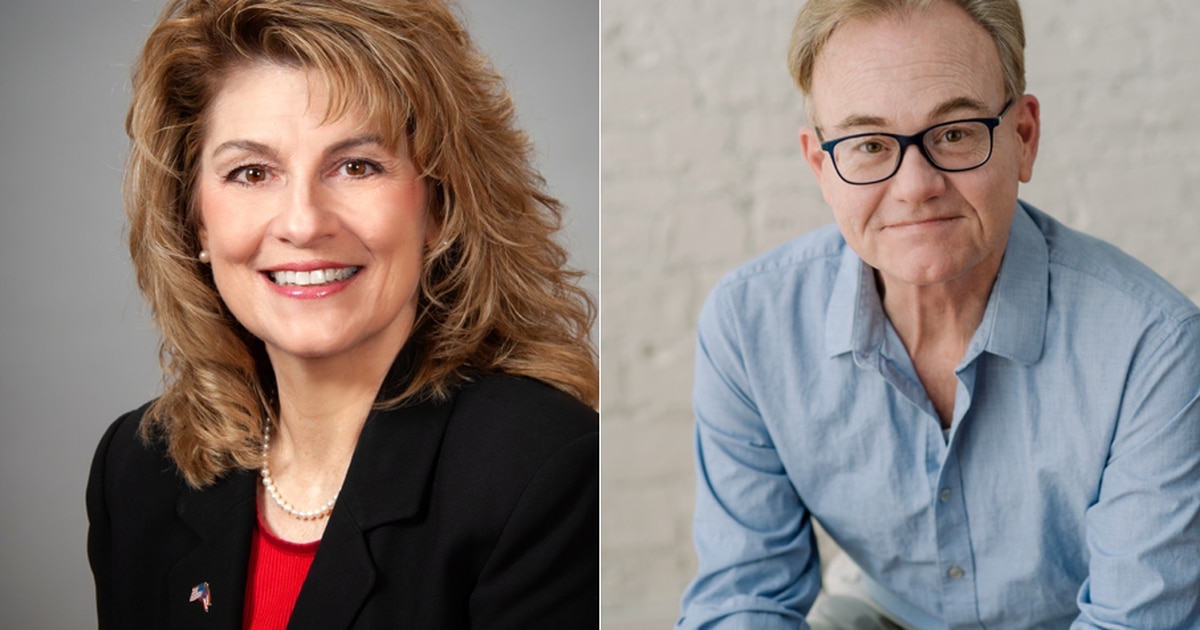 And those are his top three priorities if elected.

“I will reach across the aisle with common-sense solutions that appeal to most Ohioans,” said Horn. “A great example is the way (US Sen.) Sherrod Brown worked with (US Sen.) Rob Portman to power through the Infrastructure and CHIPS bills.”

And while there are national issues both the Republicans and Democrats have failed to address, “they are not what people are telling me is important, which are great public schools, affordable health care, and policies that help working people.”

For Gross, her top three priorities are to ease the burdens of the state, which includes addressing rising inflation, preserving Ohionas’ safety and lives, and parental rights in education and Ed Choice.

Gross said there are some Democrat colleagues she can see pursuing legislation to improve the district and the state.

Political divisiveness has grown to be normalized, and she said she “would like to see us spend more time together getting to know each other as people and not just opposite ends of the legislative spectrum.”

One change she would like to see done in the Statehouse is the legislative process. She said when a bill is presented to the full House of Representatives, it needs the votes to pass.

“I would like to see more debate on the floor and have an unknown outcome,” she said. “Even when a bill doesn’t appear to have the votes, I would like it to be debated and voted on.”

Gross and Horn don’t see eye to eye on a lot of issues, including how the state should address another public health crisis as the country saw with the COVID-19 pandemic.

Horn said he disagrees with a lot of Ohio Gov. Mike DeWine’s policies, but he followed science and “demonstrably saved thousands of lives, and the economy did not collapse. I’m certainly glad we kept my parents, at 94 and 97 years old, safe. I would make sacrifices for them in the future.”

While there wasn’t a collapse of the economy, it struggled. The pandemic had displaced more than 1 million Ohioans from their jobs as of September 2021, according to Policy Matters Ohio. By this past July, Ohio had recovered 85% of the jobs lost to the pandemic, the think tank reported.

Gross said the state needs to follow the direction of Senate Bill 22 and House Bill 215, a pair of 2021-enacted bills that would limit or overrule health orders issued by the Ohio Department of Health in reference to health crises like a pandemic or epidemic.

Related to the COVID-19 pandemic was House Bill 248, a piece of legislation that Ohio House leaders paused on after thousands of people on both sides of the aisle voiced their opinions.

Gross, a nurse practitioner, stands by the bill she introduced and said working through that legislative initiative she headed from Ohioans across the state.

“I learned that there is power when the people stand for their rights and voice their support for the legislation,” she said.

The bill didn’t leave the House Health Committee but saw nearly 1,200 proponents supporting the bill, with nearly 400 opposing the bill that would have prohibited mandatory vaccinations. Medical professionals were among both the proponents and opponents of the bill.

Horn, on the other hand, said he would never have introduced what he calls “anti-vaccination legislation, but rather would base policy on healthcare science.”

There are three ways to vote either before or on Election Day:

First, early voting for the Nov. 8 general election is underway where registered voters can cast ballots at their county board of elections office. In-person voting hours at county boards of elections are on weekdays from 8 am to 5 pm now until Oct. 28

Second, voters can choose to vote by mail by requesting a ballot be sent to their home, which instructions are found at voteohio.gov. You can either print your own form, ask the board of elections to mail you a form, or make your own application and mail it.

All requests for ballots must be received three days before the election, but it is advisable to make the request sooner. Completed ballots may be mailed or dropped off in person at the county board of elections by 7:30 pm Election Day.

Third, voters can cast their ballots on Election Day, Nov. 8, at their polling location. Polls are open from 6:30 am to 7:30 pm, and if you are waiting in line when polls close, you will be permitted to cast a ballot. Visit voteohio.gov to find your polling location.