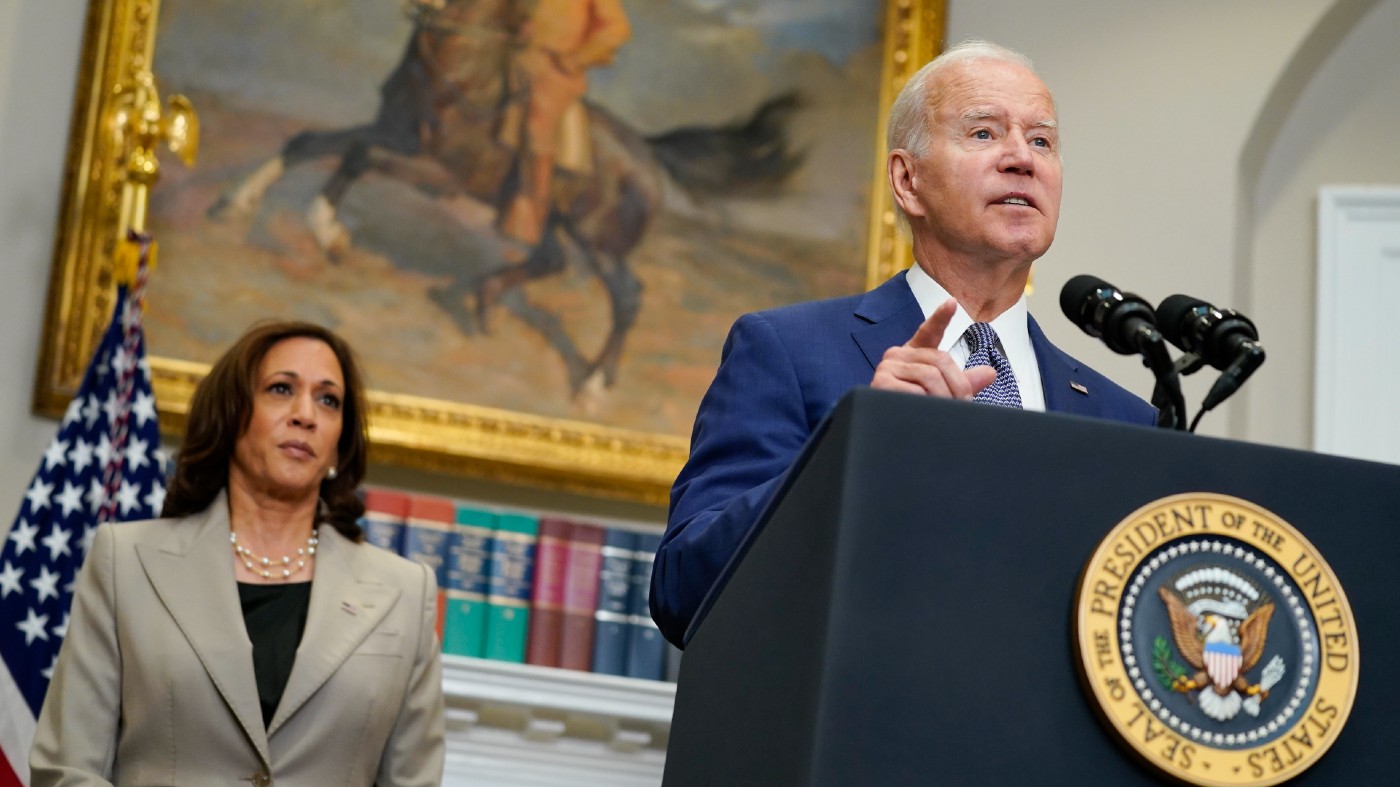 Now that we’re halfway through the summer, it’s good to remember that you still have until September to take part in Maryland’s ice cream trail. What could be better than competitively eating ice cream?

In health news, President Biden on Friday signed an executive order aimed at protecting access to some abortion services, though he reiterated Congress has the ultimate power.

“If you want to change the circumstance for women, and even little girls in this country, please go out and vote,” Biden said.

The executive order builds off some of the administration’s previously announced efforts and is limited in scope. It provides some incremental measures to protect access to emergency medical care for women who will seek abortions in states that ban it.

Pressure: Facing mounting pressure from Democrats and abortion rights advocates to be more forceful, Biden said voting in the midterm elections is the fastest way to ensure abortion rights are enshrined into law.

“Let me be clear. While I wish it had not come to this, this is the fastest route available,” Biden said. “The fastest way to restore Roe is to pass a national law codifying Roe, which I will sign immediately upon its passage on my desk.”

House Democrats are planning to vote next week on a pair of bills aimed at protecting access to abortion as lawmakers try to chart a path forward in the post-Roe world.

As lawmakers return to the Capitol for the first time since the Supreme Court overturned Roe v. Wade, the House plans to vote on legislation that will protect women who need to travel to seek an abortion if they live in a state that now bans it.

Some Republican governors and anti-abortion groups are already eyeing laws that would criminalize women who try to seek abortion out of state.

A second bill is an updated version of the Women’s Health Protection Act, which would codify abortion rights into law and expand on Roe’s protections. That bill passed the House last fall after every Democrat except one voted in favor.

Filibuster looms: Both bills face long, if not impossible odds in the Senate since they don’t have enough support to overcome the filibuster’s 60-vote threshold.

The Senate twice failed to pass the Women’s Health Protection Act after bringing it to a vote in both February and May of this year.

The Biden administration announced on Thursday that it will distribute 144,000 more doses of the Jynneos vaccine across the country to address a recent spike in confirmed cases of monkeypox.

The Department of Health and Human Services (HHS) said in a press release it would begin shipping the vaccines from the Strategic National Stockpile (SNS) on Monday.

HHS has already distributed more than 41,000 doses of the Jynneos vaccine, which was made to combat smallpox, a cousin of monkeypox, since the first cases of the virus were detected in the nation in May.

Steve Adams, the director of the SNS, said health officials were “using every tool we have” to accelerate vaccination among at-risk populations.

“These are critical components of our overall effort to combat this virus, and we will continue to coordinate closely with states and jurisdictional partners to make sure they have the vaccines, testing, and treatments needed to respond to the current outbreak,” Adams said in a statement.

NEWSOM SAYS CALIFORNIA WILL PRODUCE ITS OWN ‘LOW-COST’ INSULIN

California Gov. Gavin Newsom (D) announced on Thursday that his state will be producing its own “low-cost” insulin, saying, “People should not go into debt to get lifesaving medication.”

Newsom said that the state budget he recently signed includes $100 million for California to “contract and make [its] own insulin at a cheaper price, close to at cost, and to make it available to all.”

The California governor said $50 million of that budget will go to the development of the low-cost insulin, while the additional $50 million will go toward a California-based manufacturing facility for the drug, which Newsom claims “will provide new, high-paying jobs and a stronger supply chain.”

“Nothing epitomizes market failures more than the cost of insulin,” Newsom stated, going on to say that “many Americans experience out-of-pocket costs ranging anywhere from $300 to $500 per month for this lifesaving drug.”

The action comes amid a push on Capitol Hill to cap insulin costs. A bipartisan insulin bill from Sens. Jeanne Shaheen (DN.H.) and Susan Collins (R-Maine) is expected to be voted on as soon as this month.

A congressman from Texas said he plans to introduce legislation in the House that would ban abortion at the federal level.

Rep. Jodey Arrington (R-Texas) said he is working on modeling the legislation after a Texas law that bans abortion at six weeks of pregnancy, significantly reducing abortion access in the state.

“I’m working on it actually, right now,” Arrington said Thursday at a press conference. “I’d like to have that [Texas’s law] the law of the land and I think that is the ideal for me.”

The Supreme Court struck down the constitutional right to an abortion last month, upholding a Mississippi state law that bans abortion after 15 weeks of pregnancy.

People in more than a dozen states with “trigger laws” — abortion bans designed to take effect after the court overturned Roe v. Wade — are now facing limited or no access to abortions.

“I understand and respect and also support the decision that the Supreme Court made, which is until such time there is legislation that passes the legislative body at the federal level then we delegate it to the states,” Arrington said.

“It’s a steeper hill to climb in Washington, but that doesn’t mean we don’t have to start climbing it now,” he added.

Even if Republicans controlled Congress in November, they would be unlikely to achieve 60 votes in the Senate on any abortion ban, and it is almost guaranteed President Biden would not sign it into law.