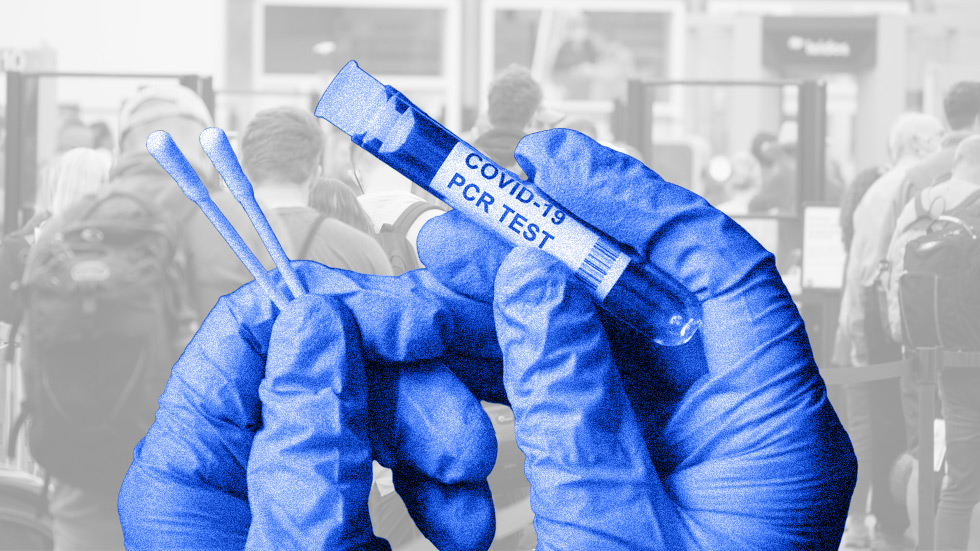 An 8-year-old boy is helping a NASCAR driver put a new spin on the “Let’s Go Brandon” chants.

In health news, an omicron subvariant is now the most dominant strain in the US, although there are large gaps in data reporting.

New subvariant now a majority of US COVID cases

A new omicron subvariant known as BA.5 now comprises a majority of US COVID-19 cases, according to data released Tuesday from the Centers for Disease Control and Prevention (CDC).

The data is a sign of the rise of the highly transmissible subvariant, which has prompted concern about a new increase in cases.

BA.5, along with a related subvariant known as BA.4, has mutations that have shown an increased ability to evade the protection from vaccines and previous infection.

New vaccines coming: The Food and Drug Administration last week advised vaccine makers to target the BA.4 and BA.5 subvariants in updated vaccines they are preparing for this fall.

But waiting is risky: Celine Gounder, an infectious disease expert at New York University, stressed that people should not wait for the updated vaccines to be available to get a booster shot.

“The updated vaccines won’t be available until October at the earliest,” she wrote. “That’s 4+ months away. That’s a big window of risk.”

Only about half of adults who received the initial two shots have received their booster, according to the CDC, leaving them more vulnerable to the new subvariants.

Why Kansas will be a bellwether in abortion fight

In the wake of the Supreme Court decision overturning Roe v. Wade, President Biden, pointed to the November elections, saying, “This fall, Roe is on the ballot.”

But in Kansas, abortion rights are on the ballot even sooner.

Mark your calendars: Kansans will vote on a state constitutional amendment on abortion on Aug. 2, setting the state up as a key bellwether for how abortion rights resonate as a voting issue ahead of the midterm elections.

The amendment would overturn a 2019 state Supreme Court ruling finding that the Kansas constitution protects abortion rights, and then leave it up to the GOP-controlled legislature to decide how far to go in adding restrictions or bans on abortion.

The significance: The result in Kansas, the first statewide vote on abortion rights after the Supreme Court ruling, could help shed light on how successful Democrats can be nationally in using abortion to try to energize supporters for the November elections, despite stiff political headwinds given rising inflation , Biden’s lagging approval ratings and the history of a president’s party losing seats in a midterm.

In an added challenge for abortion rights supporters, Republican legislators put the measure on the August primary ballot, which generally has much lower turnout than the November general election.

COVID-19 was the third-leading cause of death in the US between March 2020 and October 2021, according to an analysis of federal data published Tuesday in the Journal of the American Medical Association.

Among those aged 85 and older, the coronavirus was the second-leading cause of death in 2020 but dropped to third in 2021, likely because of targeted vaccination efforts in this age group.

JUDGE RULES IN FAVOR OF DRUG DISTRIBUTORS IN OPIOID CASE

A federal judge ruled in favor of the nation’s three largest drug distributors on Monday in a lawsuit accusing them of being responsible for the opioid epidemic in certain communities in West Virginia.

Judge David Faber rejected arguments from the city of Huntington, W.Va. — one of the hardest-hit communities of the opioid epidemic — and the Cabell County Commission that AmerisourceBergen Drug Co., Cardinal Health Inc. and McKesson Corp.’s distribution of millions of prescription opioids in the region caused an opioid epidemic and a “ public nuisance” in those areas.

“[W]hile there is a natural tendency to assign blame in such cases, they must be decided not based on sympathy, but on the facts and the law,” Faber wrote in his ruling.

Advocates warn US risks of losing control on monkeypox

Infectious disease experts and public health advocates are warning that the Biden administration has been too slow to respond to the monkeypox outbreak and that the US is at risk of losing control of the disease.

The response to monkeypox is mirroring the worst parts of the early days of the coronavirus pandemic, they say, with severely limited testing and a sluggish rollout of vaccines leading to a virus that’s spreading undetected.

“Where we have lagged is streamlining testing, making vaccines available, streamlining access to the best therapeutics. All three areas have been bureaucratic and slow, and that means we haven’t contained this outbreak,” said David Harvey, executive director of the National Coalition of STD Directors (NCSD).

Expanding response: The administration is ramping up its response by expanding testing capacity and broadening access to vaccinations.

But critics say the efforts may be coming too late.

“We’ve been sort of screaming for a month about how bad the diagnostic situation is for monkeypox. And that really was a clear error, preventable, and it’s very clear that this administration has not learned lessons from early COVID,” said James Krellenstein, co-founder of the HIV treatment advocacy group Prep4All.

Does Dobbs mark the beginning of the end of natural rights?