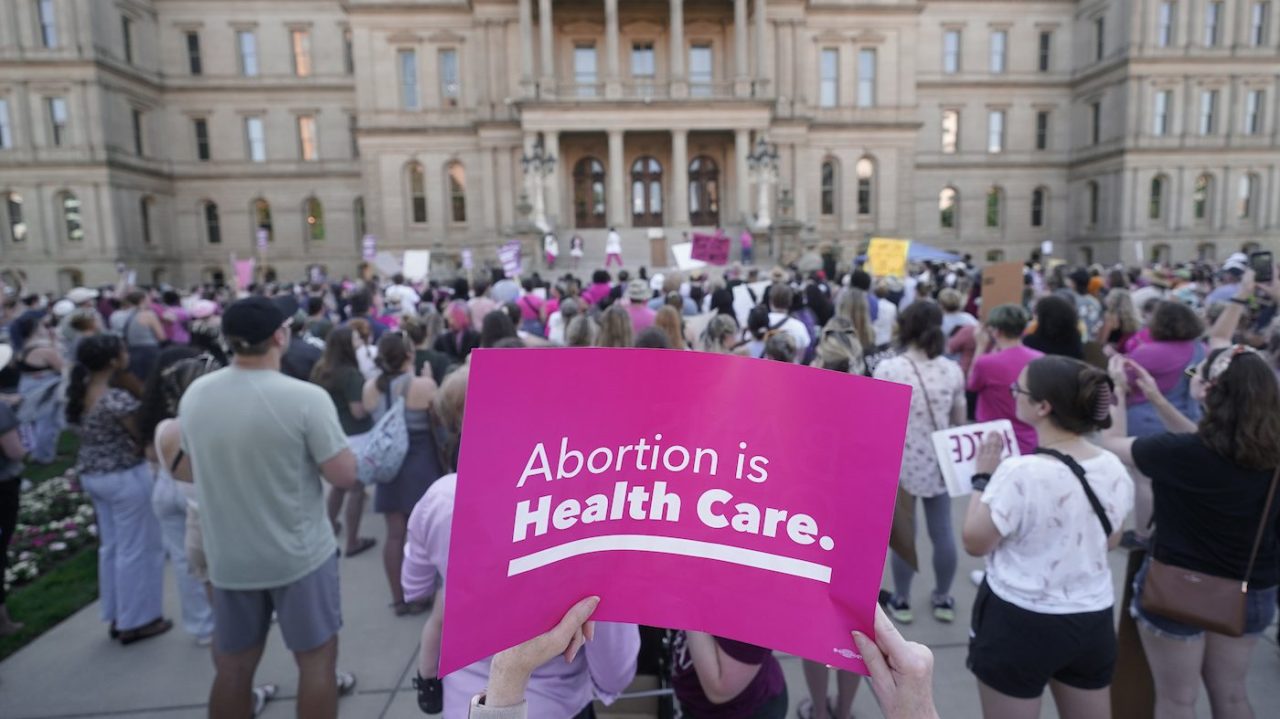 In case you need to be reminded, Martin Short is still one of the funniest comedians around. The man manages to fit a hundred jokes into five minutes of airtime and even The Fonz approves.

Today in health care, abortion will remain legal in Michigan for the foreseeable future after a key court ruling.

A Michigan judge Friday blocked county prosecutors from enforcing a 91-year-old law banning abortion in the state while courts consider a lawsuit seeking to overturn the law.

The takeaway: The ruling means abortion will remain legal in Michigan for the foreseeable future. The 1931 law bans abortion for all women, doesn’t include exceptions for rape or incest and calls for the prosecution of reproductive care providers.

The ruling comes after the state Court of Appeals earlier this month cleared a path for county prosecutors to enforce the 1931 law by ruling they were not covered by a May order.

Governor Gretchen Whitmer (D) requested the temporary restraining order to block prosecutors from enforcing the law, which was triggered when the US Supreme Court overturned the landmark Roe v. Wade decision in June.

stay tuned: Voters could ultimately decide the fate of abortion in Michigan through a ballot initiative seeking to enshrine abortion rights into the state’s constitution.

Rep. Marjorie Taylor Greene (R-Ga.) introduced a bill Friday that would make providing gender-affirming medical care to transgender minors a felony, punishable by up to 25 years in prison.

What it does: Greene’s “Protect Children’s Innocence Act” outlaws more than a dozen medical interventions and procedures used to treat gender dysphoria in transgender young people, including puberty blockers, hormone therapy and certain kinds of surgeries done “for the purpose of changing the body of such individual to correspond to a sex that differs from their biological sex.”

Under Greene’s bill, anyone who “knowingly performs any gender-affirming care on a minor” is guilty of a class C felony, carrying a punishment of 10 to 25 years in prison and a maximum fine of $250,000, Greene’s office said.

ALMOST HALF OF FATAL CANCER CASES LINKED TO AVOIDABLE FACTORS

Almost half of all cancers that lead to death can be attributed to risk factors that are avoidable, a new study found, with researchers advising that governments invest in supporting environments that minimize exposure to certain cancer risk factors.

The study, which looked at cancer cases from 2019 and was published in The Lancet, found that 44 percent of cancer deaths were what researchers referred to as risk-attributable cancer deaths, meaning cancers that could be linked to higher exposure to certain risk factors for the illness.

Income dependent shifts: The burden of risk-attributable cancers varied across regions, with smoking, unsafe sex and alcohol being the leading risk factors in lower-income, socially disadvantaged countries. Higher-income countries tended to reflect the global risk factors, according to researchers.

“Although some cancer cases are not preventable, governments can work on a population level to support an environment that minimizes exposure to known cancer risk factors,” researchers said.

Hong Kong plans to reopen one of its largest COVID-19 isolation facilities amid climbing case numbers that stand at a four-month high.

“We are very concerned,” Lau Ka-hin, the Hong Kong Hospital Authority chief manager of quality and standards, said of the rate of cases, according to Bloomberg. “We’ve come to a very key moment and we are worried that the situation may deteriorate further.”

the situation Hong Kong reported 6,445 new cases on Friday, 1,898 of which are being treated in hospitals, putting pressure on the country’s hospital system.

Of the almost 2,000 COVID-19 patients in hospitals, 25 have serious cases of the virus while an additional 36 are in critical condition and 10 are in intensive care.

The Washington, DC, public school system announced Thursday evening during a town hall that it would relax COVID-19 measures ahead of the 2022-23 school year.

Dropped guidelines: DC Public Schools (DCPS) announced that it will no longer be conducting daily health screenings on students upon arrival to school. However, DCPS is asking parents to screen their children for COVID-19 symptoms every day before sending them to the classroom.

What’s still required: Anyone who tests positive for COVID-19 will still be required to isolate for five days, and parents will receive a notice in writing or in an email if someone in the child’s class tests positive.

Masks will remain optional in the classrooms, although students who have tested positive for COVID-19 will be required to wear a mask until day 10 following their positive test after the end of their five-day isolation period.