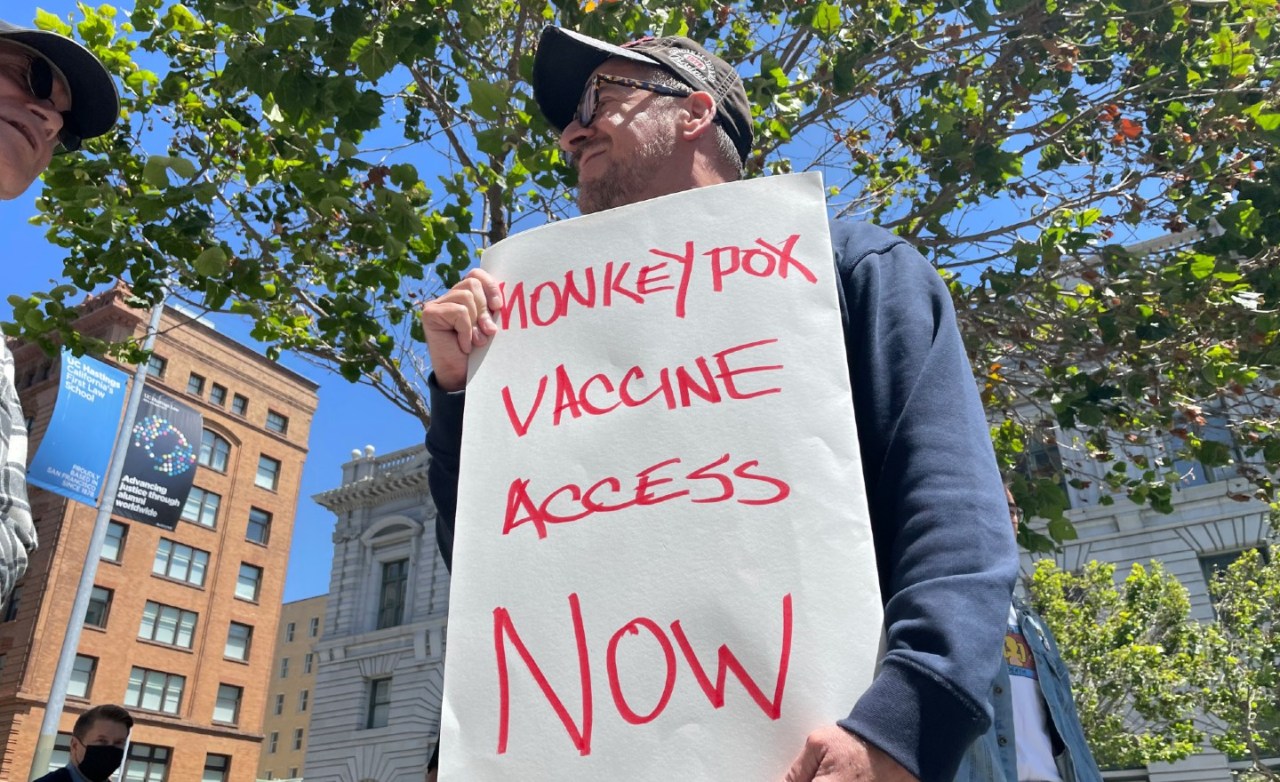 Tonight, we’ll get to see the last supermoon of 2022, called the “Sturgeon Supermoon” because it’s around this time that it’s easiest to catch sturgeon in the Great Lakes. So either grab your telescope or your fishing pole.

In health news, a new monkeypox vaccination strategy will quintuple the available doses, but there are concerns about whether it can work effectively.

The Biden administration on Tuesday announced a new strategy to stretch the limited available doses of the Jynneos monkeypox vaccine by changing how the vaccine is injected.

The new method immediately quintuples the available vaccine supply by using one-fifth as much vaccine per shot.

The partial dose of the vaccine would be injected into the upper layer of skin, rather than the full dose into the underlying fat, which is how shots are typically administered. Recipients will still get two doses, four weeks apart.

The message: The new strategy is an acknowledgment that the US does not have nearly enough supply to keep up with demand.

“In recent weeks the monkeypox virus has continued to spread at a rate that has made it clear our current vaccine supply will not meet the current demand,” Food and Drug Administration Commissioner Robert Califf said in a statement Tuesday.

The numbers: According to the administration’s new monkeypox coordinator Robert Fenton, the 400,000 vials currently in the strategic national stockpile now have the potential to provide up to 2 million doses.

“We encourage jurisdiction to utilize the alternative dosing method as quickly as possible, and we’ll be your partner in this step every step of the way,” Fenton said.

Will it still work? Intradermal vaccination is not a new strategy, but there are concerns among some advocates and public health experts about the lack of evidence on the effectiveness of doing it for Jynneos.

“We have grave concerns about the limited amount of research that has been done on this dose and administration method, and we fear it will give people a false sense of confidence that they are protected,” said David Harvey of the National Coalition of STD Directors .

The fight over capping insulin costs isn’t over yet.

Senate Majority Leader Charles Schumer (DN.Y.) said Monday night that he is going to bring a $35 cap on patients’ insulin costs back up for a vote this fall after Republicans blocked it over the weekend.

“They blocked a $35 price for insulin for non-Medicare people,” Schumer said on MSNBC’s “The Rachel Maddow Show.” “We’re going to come back and make them vote on that again.”

Campaign issue: The move can help put pressure on Republicans and highlight what Democrats view as a winning issue ahead of November’s midterm elections.

Democrats hammered Republicans for voting against the $35 cap over the weekend.

“We got all 50 Democrats,” Schumer said in a separate interview Monday on NPR. “We did get seven Republicans. We’re going to bring that back in the fall, because there’s going to be huge heat on Republicans.”

Path forward: Schumer did not specify whether he would bring the $35 cap up by itself or as part of a larger, bipartisan insulin measure from Sens. Jeanne Shaheen (DN.H.) and Susan Collins (R-Maine), which had previously faced difficulties gaining enough GOP support.

Twenty-eight civil rights and health care groups called on the US Department of Agriculture (USDA) address “dietary racism” in national school lunch programs, raising concerns to the federal agency about forcing millions of minority children to drink cow’s milk without allowing them a healthier alternative.

In a letter to the USDA’s Equity Commission, the groups said the National School Lunch Program (NSLP) only incentivizes dairy milk, a policy they called “inherently inequitable and socially unjust” because children of color are more likely to be lactose intolerant — meaning they cannot fully digest sugars in dairy and can suffer from adverse effects after consumption.

The NSLP covers 30 million children in 100,000 schools across the US, a program the civil rights groups said children of color are historically overrepresented in.

The letter was signed by leading national groups such as Progressive Democrats of America, the Maryland chapter of the NAACP, Switch4Good, the Center for a Humane Economy and the National Action Network Washington Bureau, which was founded by civil rights leader the Rev. Al Sharpton .

Missouri voters will decide whether to legalize the use of recreational marijuana this November, Missouri Secretary of State John Ashcroft (R) announced on Tuesday.

The petition asks voters if they wish to amend the Missouri Constitution to remove bans on possessing, consuming, delivering, manufacturing and selling marijuana for personal use by adults over the age of 21.

The petition includes a proposed registration card for personal cultivation of marijuana as well as provisions to allow people with non-violent marijuana-related offenses to petition to have their records expunged.

A 6 percent tax on the retail price of marijuana would be imposed to benefit “various programs.”

“I encourage Missourians to study and educate themselves on any ballot initiative,” Ashcroft said in a statement.

Previous popularity at the polls: When the use of medical marijuana was brought up for a vote in 2018, 65 percent of Missouri’s voters cast their ballots in favor of the amendment.

Johnson on defense over Medicare comments

Sen. Ron Johnson (R-Wis.), a Senate stalwart ally of former President Trump, is facing fresh uncertainty in his race for reelection after telling a podcast last week that Social Security and Medicare should be classified as discretionary spending, with Congress authorized to set their budgets every year.

Johnson had been cruising to reelection in a favorable political climate for Republicans, who expected to take control of the House and possibly the Senate as well.

But now Johnson is on the defensive as Democrats have political ammo to claim that he wants to cut the two popular entitlement programs, a strategy they used effectively against Republicans in the past.

Not the first controversy: Johnson has landed in hot water before for making provocative comments on conservative media, most notably when he said he didn’t feel threatened by protesters who stormed the Capitol on Jan. 6, 2021, because he believed “those were people who love this country ” while adding that he would have been “concerned” if they were Black Lives Matter protesters instead.

Now Johnson is being asked to defend his comments to “The Regular Joe Show” podcast calling for Congress to review and approve the annual budgets of Medicare and Social Security, instead of letting them rise automatically, which they do as mandatory spending programs.

Johnson is doubling down on his bold position, arguing that if Social Security and Medicare are left on autopilot, they will run out of money at some point.