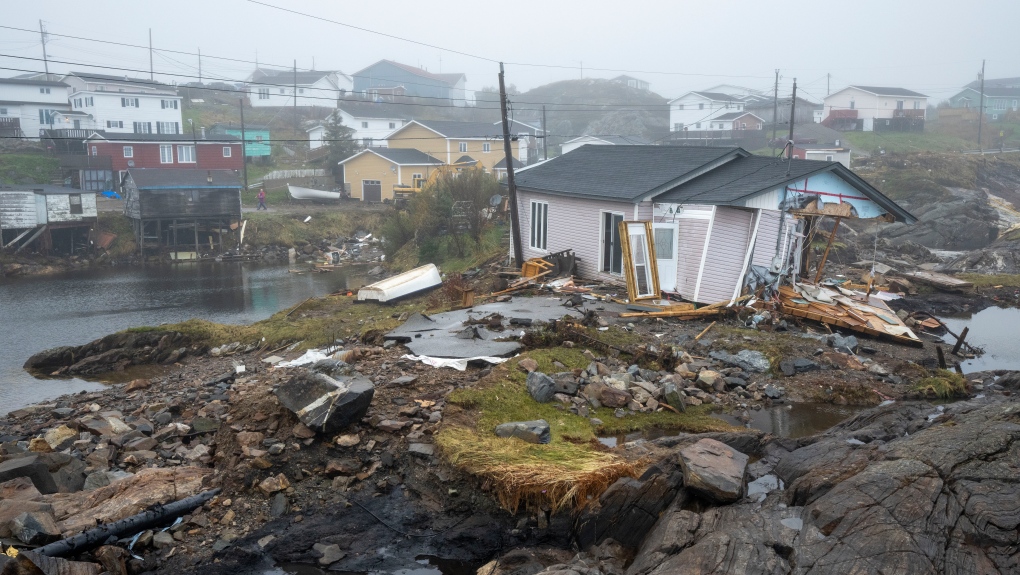 As extreme weather events such as forest fires and floods become more severe and common thanks to the effects of climate change, experts say that could result in more expensive home insurance in the long term.

After Hurricane Fiona battered Atlantic Canada, the cost of the damages is estimated to be between $300 million and $700 million, according to credit rating agency DBRS Morningstar.

But while a single event isn’t going to have an effect on premiums, Craig Stewart, vice-president of federal affairs at the Insurance Bureau of Canada, says premiums have been trending upwards.

“Insurers, you know, 15 years ago, were paying out an average of $400 million per year on claims,” ​​he told CTVNews.ca in a phone interview on Wednesday. “The average is around $2.2 billion now … We’re now at five times where we were 15 years ago.”

Insurance companies also rely on global reinsurance firms in order to spread out their risk and increase their coverage, but reinsurance rates have also been trending upwards.

“It’s like insurance for insurers,” Stewart said. “And because of all of these events that we’ve been experiencing in Canada, reinsurance rates go up. So it’s more expensive for insurers to pass on that risk.”

THE NEED FOR NATIONAL FLOOD INSURANCE

For some Canadians, particularly those who live near floodplains or the coast, adequate home insurance may become too cost-prohibitive or simply unavailable, Stewart says.

“Insurance is designed to treat accidents. You know, that’s the idea behind it. But when risk is predictable and is no longer accidental, ie, you’re living in a high risk area that we know is going to flood … it makes insurance either very expensive, or unavailable at all,” he explained.

“Canadians love to live on water. And so and we can’t possibly move everybody that lives on floodplains or on the coast. That’s just not going to happen. So we need another solution.”

The Insurance Bureau of Canada has been calling on the federal government to implement a national flood insurance program and Stewart believes Hurricane Fiona “probably just provided greater urgency” for such a program.

A commitment to introduce such a program was also a part of the Liberal Party of Canada’s platform during the last federal election as well as Emergency Preparedness Minister Bill Blair’s mandate letter.

Back in August, the federal Task Force on Flood Insurance and Relocation released its report and outlined four options on how the feds could implement a national flood insurance program.

The first two options involve the federal government creating a high-risk insurance pool through partnerships with private insurance companies, designed for those living in areas highly prone to flooding.

While the report did not outright recommend one insurance model over the others, its analysis suggested a preference towards a public insurer model or a public reinsurer model.

When asked about plans for a national flood insurance program during a press briefing on Wednesday, Intergovernmental Affairs Minister Dominic LeBlanc told reporters the feds are still in discussions with the insurance industry and provinces and territories, given that much of the regulations surrounding insurance are under provincial jurisdiction.

“It’s an ongoing conversation. It’s a complicated issue … but if the Government of Canada can work with (provinces and the insurance industry) to find the right series of instruments that can provide better protection at an affordable rate to people, we would be happy to have those conversations. And in fact, they’ve already started,” he told reporters.

HOW TO PROTECT YOUR HOME

In the meantime, Roberts recommends opting for a comprehensive insurance policy that also includes protection against flood damage, such as sewer backup or overland water.

“I always recommend a minimum — absolute minimum — of $100,000 for sewer backup, and overland water,” she said.

“It’s very difficult to find storm surge coverage in Canada. It’s difficult for us to model and the risk is going up,” Stewart said.

Roberts also recommends looking around your house to make sure all of your belongings are covered in your insurance policy, as there may be limits on some items such as jewelery or fine art.

“If something happens and you lost everything inside the house … make sure you contact your insurance company and see what you are covered for and aren’t covered for,” she said. “Sometimes having a lower limit of insurance saves you money in the long run. But when a claim happens, you’re not going to be protected for it.”

With files from The Canadian Press