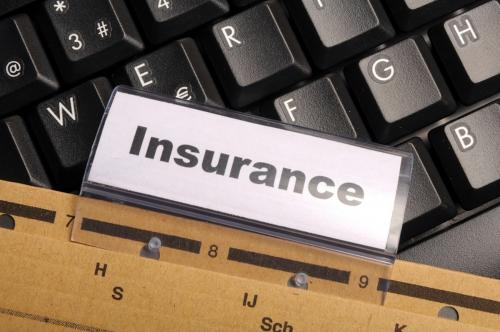 Last week, a New York federal court ruled that an insurer’s “exceedingly broad duty to defend the insured” extended to the policyholder’s indemnification of its landlords in an underlying tort claim. ConMed Corporation (“ConMed”), a medical technology company, filed suit against Federal Insurance Company (“Federal”), a division of Chubb, alleging that Federal breached the terms of its insurance contract when it refused to defend ConMed’s landlords in a Georgia lawsuit.

The coverage dispute stemmed from ConMed employees’ claims that they were exposed to unsafe levels of ethylene oxide, a chemical used to sterilize ConMed’s equipment. Initially, the employees sued ConMed and its contractor that conducted the sterilization, but in April of 2021 the employees initiated a separate suit against ConMed’s landlords (“Landlord Action”). In the Landlord Action, plaintiff employees alleged negligence, aiding and abetting tortious conduct, fraud, wrongful death, and vicarious liability/respondeat superior claims, all stemming from their exposure to ethylene oxide. Pursuant to the lease agreement with ConMed, the landlords tendered the defense and indemnity of the Landlord Action to ConMed, which subsequently tendered the defense to Federal. Federal failed to accept defense of the Landlord Action, and ConMed filed suit.

ConMed’s insurance policy defines “insureds” as “[p]persons or organizations from who you lease premises,” except to the extent “damages aris[e] out of their sole negligence.” The policy also provides for “damages that the insured becomes legally obligated to pay by reason of liability. . . assumed in an insured contract; for bodily injury or property damage caused by an occurrence to which this coverage applies.” Based on these provisions, ConMed argued that the landlords constituted an insured, or alternatively, that ConMed had assumed liability for their defense in an insured contract, specifically, the lease agreement. The lease agreement included a clause that required ConMed to indemnify the landlords “except in the event of, and to the extent of, Landlord’s negligence or willful misconduct.”

The court rejected Federal’s argument, finding that any negligence alleged against the landlords “arises out of, and is intertwined with” ConMed’s negligence regarding ethylene oxide sterilization. The judge further reasoned that the “extent to which the Landlord Defendants are being sued for their own ‘negligence or willful misconduct’ is derived from acts committed by [ConMed] that are explicitly identified as acts for which [ConMed] must indemnity the Landlord Defendants.” Moreover, citing the insurer’s “exceedingly broad duty to defend the insured,” the court found that Federal could not prove that there is no potential coverage for the Landlord Action. The court also found that the landlords are additional insureds and contractual indemnities under the terms of ConMed’s policy with Federal.

Finally, the court also rejected Federal’s arguments that the policy’s contract exclusion and pollution exclusion precluded coverage. The pollution exclusion excludes bodily injury “arising out of ‘the actual, alleged, or threatened discharge, dispersal, seepage, migration, release or escape of pollutants.’” Citing precedent from the New York Court of Appeals, the court held that pollution exclusion did not apply because the damages were not “truly environmental in nature” and did not “result from pollution to the environment.”

The court’s decision underscores the importance not only of the scope and depth of the policyholder’s liability insurance, but also the need to properly structure contractual relationships, like lease agreements, to maximize potential coverage for indemnification obligations. Moreover, policyholders may also rely on this decision in support of arguments concerning the limited scope of the pollution exclusion. In any event, the court’s decision once again affirms the fundamental principle that insurers have a broad duty to defend their insureds in accordance with the terms of their policies.