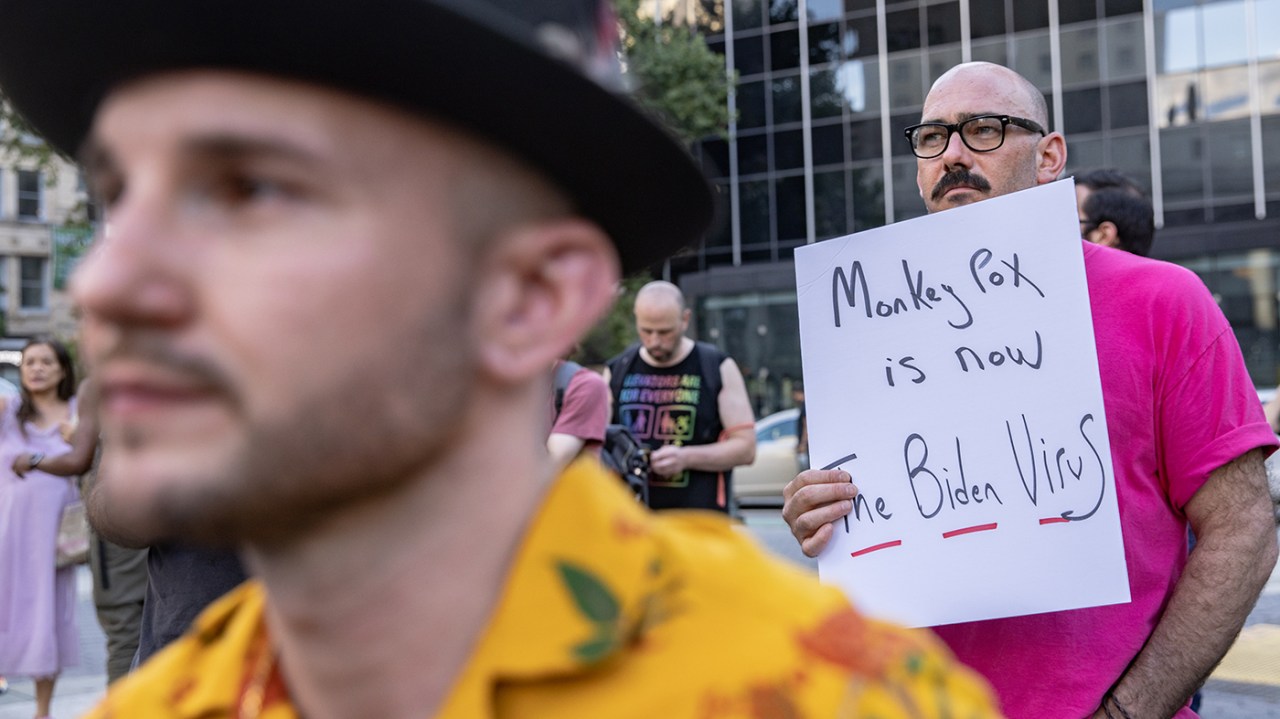 Congressional leaders have begun raising the heat on the Biden administration over monkeypox, demanding to know what its plan is for handling the outbreak as cases continue to rise and treatments still remain out of reach for many who are affected.

Top-ranking members in the House and Senate, on both sides of the aisle, have asked Health and Human Services Secretary Xavier Becerra for answers on what his department is doing to handle the monkeypox outbreak, with several lawmakers questioning what they perceive to be a failed response.

Almost 2,600 cases have been confirmed by the Centers for Disease Control and Prevention (CDC) as of Friday. These numbers are almost certainly an undercount due to the limited testing capabilities for monkeypox, one of the issues that lawmakers have brought up in recent weeks.

Last week, Sen. Richard Burr (RN.C.), the ranking member of the Senate Health, Education, Labor and Pensions Committee, called the US response to the virus “disturbing” in a letter to Becerra, arguing that the administration has all the tools it needs to better address the outbreak.

Sen. Patty Murray (D-Wash.) and Rep. Carolyn Maloney (DN.Y.), who serve as chairwomen for top congressional health panels, both sent letters to the HHS secretary this week listing their concerns.

A group of 50 House Democrats also issued a letter to President Biden, urging him to declare a public health emergency due to monkeypox.

“Doing so would make available a number of authorities to accelerate the federal response and tap into additional resources to procure vaccines and distribute them swiftly across the country,” they wrote.

Murray and Maloney both said that they will request briefings from HHS by early next month.

While there has been so far no word on whether Becerra will sit for a briefing, HHS released an updated fact sheet on the monkeypox response on Thursday. The agency said it has distributed around 200,000 Jynneos vaccines so far and is expecting roughly 800,000 more later this summer.

“Over the coming days and weeks, HHS will continue to strengthen and accelerate its strategy on combatting monkeypox and work closely with public health officials and stakeholders in high-risk communities to get vaccines, testing, and treatments out to communities across the country,” said the department.

The agency acknowledged that testing capabilities were limited at the start of the outbreak and said the US testing capacity has now risen to 80,000 tests per week.

“Because there is no rapid test for monkeypox, it is particularly important that patients who present at clinics are not turned away from testing,” Murray said in her letter to Becerra this week.

While the supply of vaccines increases, there are still obstacles preventing many from accessing treatments like antivirals. Critics have been quick to point out that the people who have been able to obtain treatment have usually been more privileged than those who may lack health insurance or a regular healthcare provider.

HHS said this week that the Food and Drug Administration (FDA) and the CDC were working to simplify the process to get antivirals and reiterated that all rounds of treatment so far have been free.

The White House said during a press briefing on Friday that it was taking steps to expand access to both vaccines and antivirals.

Without mentioning the recent calls from lawmakers for enhanced action, officials including White House COVID-19 Response Coordinator Ashish Jha addressed some of the areas of the monkeypox strategy that members of Congress have taken issue with.

“We have been leveraging all the resources at our disposal since the earliest days of the of this outbreak,” Jha said.

According to Jha, over 300,000 doses of vaccines to treat monkeypox have been shipped out and hundreds of thousands more doses are expected to arrive from Denmark in the coming weeks.

The White House official also said efforts were being made to make Tecovirimat, a smallpox antiviral also known as TPOXX that is believed to be effective against monkeypox, more accessible.

“Both CDC and FDA have been working very hard to streamline that process for accessing treatment to make it easier for clinicians to order it … to get it for their patients. That is ongoing work but it’s going to continue to accelerate,” said Jha, adding that the administration was looking to reduce the paperwork needed to provide TPOXX which is not technically authorized to treat monkeypox.

Jha also addressed the calls from lawmakers to declare a public health emergency, saying it was an ongoing conversation.

“We’re looking at that, looking at what are the ways in which the response could be enhanced, if any, by declaring a public health emergency,” he said.

“I think with public health emergencies, it’s always important to sort of ask very specific questions about what exactly would that allow us to be able to do differently than we’re doing now. And would that make it easier to be able to respond to this outbreak? So I will just say there’s no final decision on this that I’m aware of.”