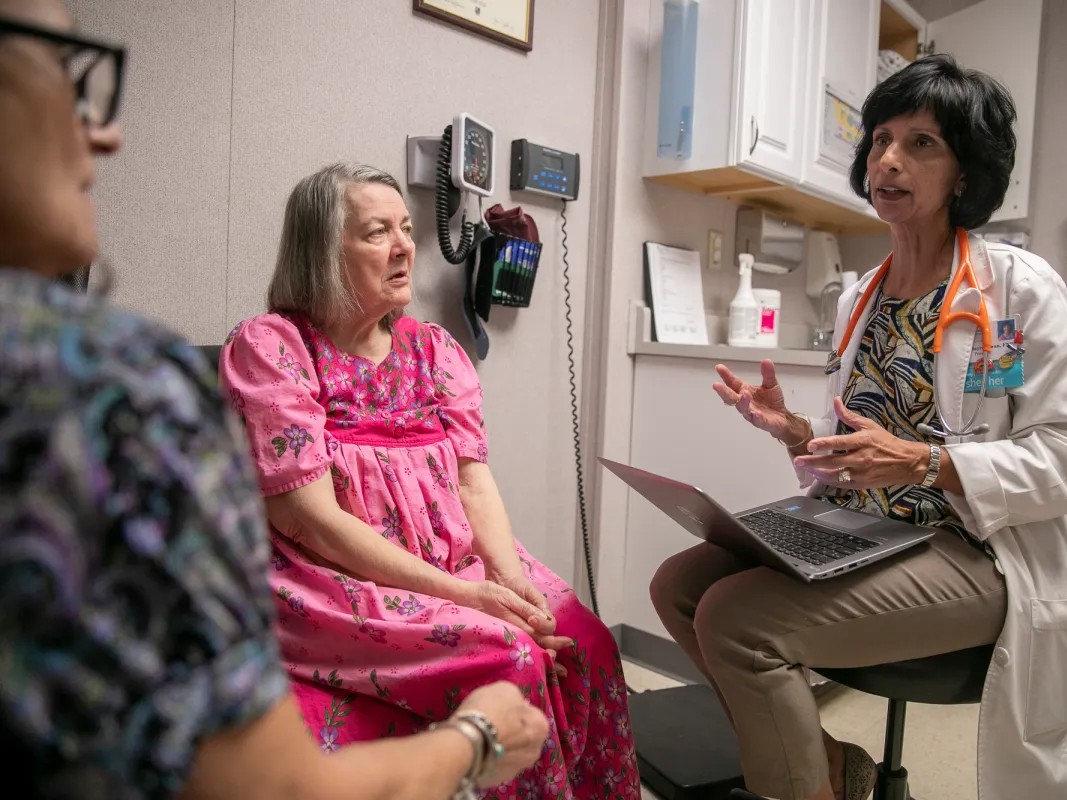 By Kristen Hwang and Ana B. Ibarra, Cal Matters

In a significant course change, the California Department of Health Care Services announced that it has negotiated with five commercial health plans to provide Medi-Cal services in 2024, scratching a two-year-long bidding process for the coveted state contracts.

This upends the state’s previous plans of awarding contracts to only three health plans. It means more Medi-Cal enrollees will likely get to keep their current insurer and doctors, averting a confusing re-enrollment process for most members and preventing disruption to patient care. It also means that the state will avoid a protracted legal battle amid lawsuit threats from insurers who had previously been left out.

The big winners: Blue Shield and Community Health Group will get a contract after initially having lost bids, and Health Net will get to keep at least some of its Los Angeles enrollees.

“To bring certainty for members, providers and plans, the State used its authority to work directly with the plans to re-chart our partnership and move with confidence and speed toward the implementation of the changes we want to see,” the department wrote in a statement released Friday afternoon. The department did not provide answers to follow-up questions before publication.

“At some level it makes the transition easier, but we want to do better than the status quo,” said Anthony Wright, executive director of Health Access, a consumer advocacy group. “Less disruption is good, but we don’t want to lose the reason for the change, which is to have more accountability on these plans going forward.”

Medi-Cal provides health coverage to more than 14 million low-income Californians, more than a third of the state’s population. In 2021, the Department of Health Care Services, which oversees the Medi-Cal program, embarked on a bidding process that would allow it to rework contracts with commercial Medi-Cal health plans. The state’s goal was to reduce the number of participating health plans from the current nine and move forward with only the most qualified plans, which would be held to higher standards related to patient outcomes, wait times and satisfaction, as well as improving health disparities.

In August of last year, the state announced that it would tentatively award $14 billion worth of Medi-Cal contracts to three companies — Health Net, Molina and Anthem Blue Cross. This proposed decision would force close to 2 million Medi-Cal enrollees to switch insurance and likely find new providers. Some health providers decried the department’s original contract decision, claiming it would have caused “immeasurable” disruption to care.

Kaiser Permanente negotiated a special contract with the state early last year, bypassing the bidding process. And most nonprofit community-based health plans did not have to compete for a contract.

The state’s summer announcement quickly became controversial as health plans that were left out questioned the state’s process for choosing the three insurers, appealed the decision and sued the state.

This change of course calls into question the power that insurance companies can have in pressing state action with legal threats. Health advocates say they hope it does not set a precedent. Wright at Health Access said he’d like for the department to make clear that the state is not backing away from the competitive contract process in the future, as he considers it is a key tool for accountability.

Blue Shield, one of the insurance companies initially left out, filed a complaint against the Department of Health Care Services, requesting that the department release all documents used in the selection process.

The insurance giant even launched a campaign in the fall asking Californians to speak out against the state’s decision. The company argued that the state failed to sufficiently engage Medi-Cal enrollees and doctors in the process. “The message of this campaign is that it’s not too late for the state to change course and make choices that will advance innovation and health equity for everyone,” Kristen Cerf, president and CEO of Blue Shield’s Medi-Cal plan, said in a statement in October.

Under the revised agreement, Blue Shield will get to keep serving the San Diego area. Blue Shield declined a request for an interview, instead referring reporters to a statement released Tuesday.

Meanwhile, Health Net, which in the summer was tentatively awarded contracts in nine counties but lost its previous and largest contract in Los Angeles, also south of the state. Under the new agreement, Health Net will get to stay in Los Angeles and will divide its share of Medi-Cal enrollees evenly with its commercial counterpart, Molina Healthcare. Health Net also wants to keep its Sacramento membership but lose the San Diego market.

Centene, the parent company of Health Net, said in a Tuesday statement that it would end its legal actions against the state’s health services department.

The splitting of members evenly between Molina and Health Net through a subcontracting agreement is a “step in the right direction,” said Jim Mangia, president and CEO of St. John’s Community Health, which serves low-income patients in south LA, but much remains uncertain.

Currently, Health Net manages more than 1 million Medi-Cal patients in Los Angeles County. Nearly a quarter of St. John’s Community Health patients have Health Net, with the publicly run LA Care Health Plan accounting for the rest. (Most Angelenos with Medi-Cal are enrolled in and will be able to continue with LA Care, a publicly operated plan.)

Mangia said the latest decision will still disrupt services for the 12,500 patients at St. John’s alone who will be forced to switch to Molina. He anticipates the clinic needing to hire more staff to help with patient navigation, but there’s no money for that.

“It was obviously an attempt to rectify the initial decision, but I’m not sure the impact on patients is going to be all that different. That’s my concern,” Mangia said. “It’s essentially an unfunded mandate.”

Health Net and Molina Healthcare did not reply to requests for comment, but in an Early Tuesday morning call with investors, Molina CEO Joseph Zubretsky characterized the state’s final decision as “taking three steps forward, taking one step back” for the company, which had originally hoped to triple its Medi-Cal membership under the tentative award announced in August .

In discussing the decision, Zubretsky and CFO Mark Keim alluded to closed-door negotiations between Molina, the state health care services department and the appealing insurers. When asked whether the state ever considered restarting the bidding process, Zubretsky said California regulators had “broad discretionary authority” to award contracts and new bids could have taken a significant amount of time.

“With that as the understanding, we thought it best for the company, for membership and for investors to participate in the negotiation,” Zubretsky said.

Molina has agreed not to protest the final contract award and will subcontract with Health Net in Los Angeles County in the “negotiated settlement,” Zubretsky said. Molina will double its Medi-Cal membership — from 600,000 to 1.2 million — by 2024 as a result of this latest contract.

“We’ve agreed to the membership allocations that the state has now articulated in addition to waiving other types of legal rights that one would normally have,” Zubretsky told investors.

Community Health Group, the largest Medi-Cal provider in San Diego County, also wants to get a new contract in 2024. The insurer was excluded in the original summer announcement, but appealed the state’s decision.

Community Health Group declined an interview request, but over the summer, the company’s chief operating officer, Joseph Garcia, told CalMatters that the state’s decision had been shocking because his company routinely outperformed other insurers.

“It’s really better for the Medi-Cal recipients that will not now have to transfer to another health plan and have disrupted their whole continuity of care,” Marselian said. “I’m really grateful however this happened. I’m really grateful on behalf of our patients.”