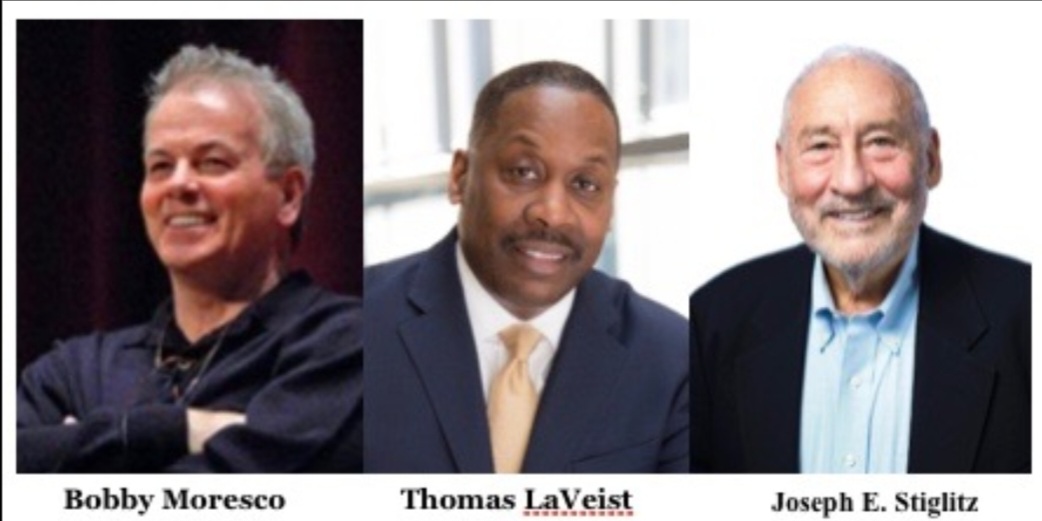 NASHVILLE, TENNESSEE – Meharry Medical College and StreetSolid Industries are hosting a conference, The Invisible Laws and Policies That Create Illness, Inequality, Disenfranchisement and Discontent in America. How Our Laws and Policies Affect the Health, Wellness and Flourishing of a Nation – and What We Can Do About it, on Saturday, October 15th from 8 am to 5:30 pm at the Cal Turner Family Center on the Meharry Medical College campus in Nashville, TN. Visit www.Meharryconference.com for free registration and more information.

“The conference will focus on the invisible laws and policies that can create illness, inequality, disenfranchisement and discontent in America,” explained Dr. Vincent Morelli, professor at Meharry Medical College and professor adjunct at Vanderbilt University.

“Through a diverse slate of speakers (health care, business, law, public health, economic, politics etc.), the goal is to open eyes, educate, inspire and unite so that we may better lend our voices to change and move toward a healthier more actualized nation,” Morelli said. “Most of us are vaguely aware of the laws and policies that direct our lives, the ones that create the environment in which we live. Fewer of us are aware of the effect these laws and policies can have on our well-being – the debilitating physical, emotional and psychological fallout from poverty, disconnection, and sub-optimal environments.”

Meharry Medical College is one of the nation’s oldest and largest historically black academic health science centers dedicated to educating physicians, dentists, researchers, and health policy experts. A recent study published in the Annals of Internal Medicine ranked Meharry as one of the nation’s top five producers of primary care physicians.
StreetSolid Industries is a nonprofit organization whose programs serve justice-involved and under-resourced youth and adults. The organization’s programming uses cognitive-behavioral approaches, social-emotional skill building, and fraternity/relationship building to reduce recidivism in our justice-involved populations and cultivate the human potential that resides within us all.

Joseph E. Stiglitz is an American economist and a professor at Columbia University. He was awarded the Nobel Memorial Prize in Economic Sciences in 2001. He is the co-chair of the OECD’s High-Level Expert Group on the Measurement of Economic Performance and Social Progress, and Chief Economist of the Roosevelt Institute. He is a former senior vice president and chief economist of the World Bank and a former chairman of President Clinton’s Council of Economic Advisers. In 2000, Stiglitz founded the Initiative for Policy Dialogue, a think tank on international development based at Columbia University. Time magazine named Stiglitz one of the world’s 100 most influential people. Known for his pioneering work on asymmetric information, Stiglitz’s work focuses on income distribution, risk, corporate governance, public policy, macroeconomics and globalization. He is the author, most recently, of People, Power, and Profits: Progressive Capitalism for an Age of Discontent.

Bobby Moresco, an Academy Award winning writer, director, and producer started out as an actor in New York City, where he was raised in Hell’s Kitchen, three blocks and a world away from Broadway. His writing and executive producing credits include Crash which he co-wrote and produced and Million Dollar Baby which he co-produced. Crash won Academy Awards for both best original screenplay and best picture. Million Dollar Baby won for best picture. Moresco has just finished writing and directing, “Lamborghini, The Legend”, for Ambi Pictures, based on the life of Ferruccio Lamborghini, starring Antonio Banderas and Alec Baldwin. Moresco’s extensive film, TV and stage credits include creating several TV series and writing and directing over 30 plays On, Off and Off-Off Broadway.

Thomas LaVeist joined the faculty as Dean of the School of Public Health & Tropical Medicine at Tulane University in July, 2018. Before moving to Tulane, he was chair of the Department of Health Policy & Management at the George Washington University, Milken Institute School of public health. Preceding that, he spent 25 years as Professor and Center Director at the Johns Hopkins Bloomberg School of Public Health. His work has focused mainly on racial and SES disparities in health and healthcare. He has maintained an active program of research in health inequalities, has published 140 peer-reviewed articles on minority health and health inequalities and authored a textbook on the same topic